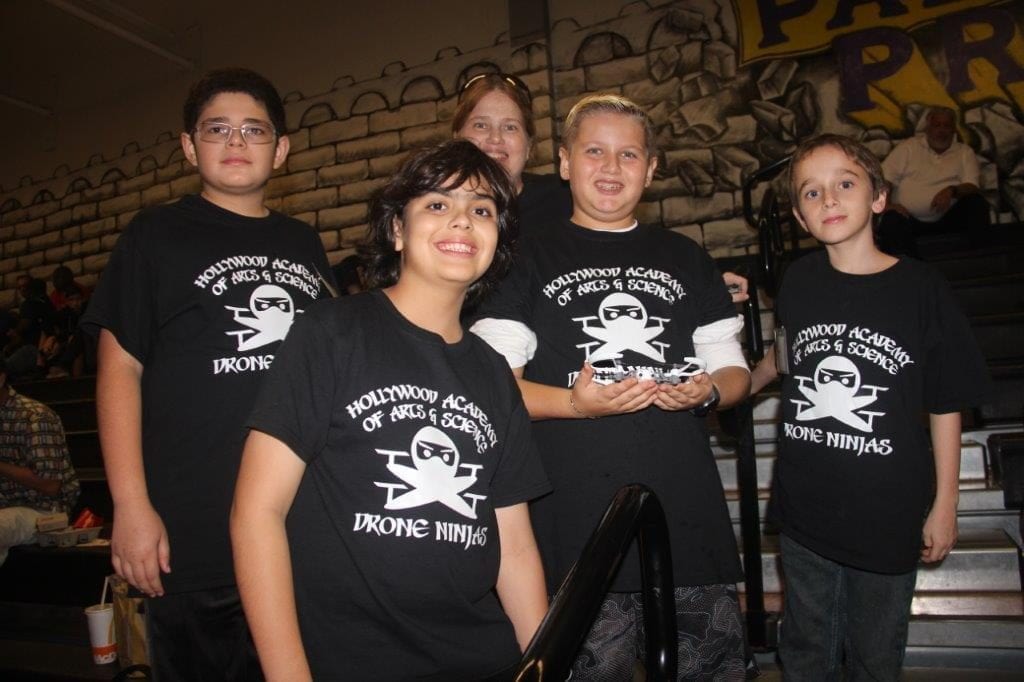 A group of Hollywood students participated in the first Broward County Drone League competition at South Plantation High School. Members of the Hollywood Academy of Arts and Science Drone Ninjas participated. The competition features middle and high school students showcasing their drone-flying skills, in an effort to get them excited and learning more about science, technology, engineering and math.

Carissa Brazeal, sponsor of the Drone Ninjas, enjoyed seeing her students participate. They piloted a drone through an obstacle course. “The students enjoy working with the drones,” she said.

Logan Rajtar, a student at Hollywood Academy, said he likes seeing how the drones work. “These drones will be able to deliver things to people,” he said.

Fellow student Aiden Schiemann said he not only enjoys drones, but he also likes participating in this kind of an event. “I like drones and I like to compete,” Schiemann said.

A group of students from Apollo Middle School also participated, under the club known as Team Dronado. “We have been practicing for this competition five days a week. The students are learning about teamwork and they are making friends,” team advisor Diana Dworzan said.

Ossyris Bury, a Team Dronado member, said, “I feel that we accomplished a lot today in this competition.”

Drones are part of a growing industry and they offer many opportunities for young people. One can get a commercial drone license at age 16, and many people are now developing skills in drone photography – for example, drones are now used to photograph real estate from the air. Drones already have a place in science and agriculture, and eventually they may be used to haul freight and do more extensive aerial research.