Walk the Talk for Epilepsy on Hollywood Beach this spring 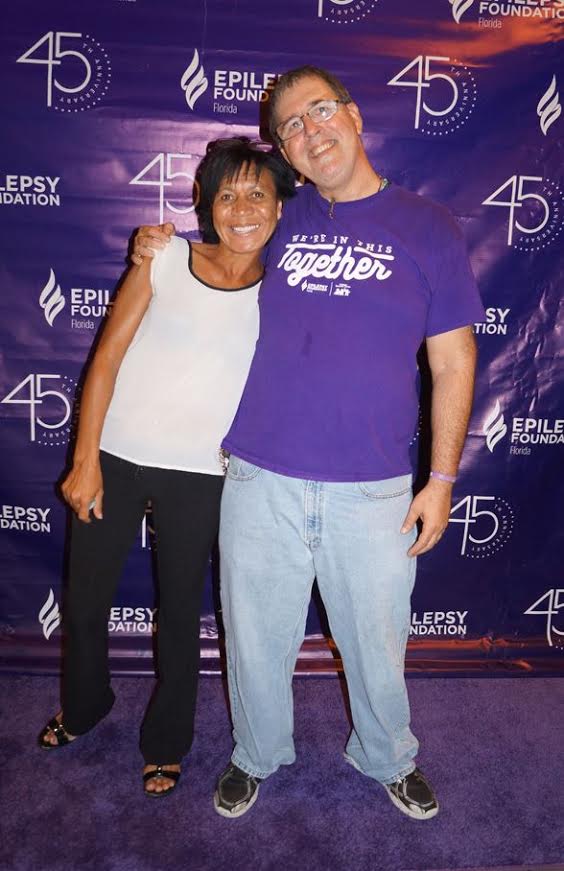 The Epilepsy Foundation of Florida is hosting its signature Walk the Talk for Epilepsy on May 7 at North Beach Park, 3601 North Ocean Drive in Hollywood. Early bird registration is open now by clicking here.

Established in 1971 as a not-for-profit, Epilepsy Foundation of Florida (EFOF) leads the fight to overcome the challenges of living with epilepsy and to accelerate therapies to stop seizures, find cures and save lives. One in 26 people live with epilepsy. The event is an opportunity to raise much-needed funds and will take place in eight cities across Florida with hundreds of participants attending each.

Among the likely participants in Hollywood is 58-year-old David Brown.

Brown has lived in Hollywood for two years, staying at an assisted-living facility in the area. He is unable to work due to his epilepsy.

“When I first got epilepsy, I didn’t have many friends because people thought it was contagious,” Brown said. “People would see me shake and people would warn others about me. My doctor at the time didn’t know what is known now.”

Brown’s epilepsy developed when he was 5 years old.

“He kept getting caught daydreaming,” said Ilana Bitton, EFOF Director of Marketing and Legal Affairs. “But they found out it was actually absence seizures. It progressed into shaking seizures a few years later, and escalated into drop seizures in his 30s.”

Brown is now 58 and experiences grand mal frontal lobe seizures every 6 to 8 weeks on average, even while on medication.

A bad experience he had with some medication and a doctor led Brown’s sister to start researching epilepsy resources in Florida. Hoping to find a place where he could feel supported, get help with his medication, and assistance with his overall quality of life, she stumbled across EFOF and sent Brown the information.

“He gave us a call, got set up with a case manager and has been involved with the foundation ever since,” Bitton said.

EFOF is the principal agency for epilepsy programs and services sponsored by the State of Florida, servicing the estimated 400,000 Floridians who suffer from the condition. It is the sole licensee and affiliate in the state of the National Epilepsy Foundation, which has led the fight against epilepsy since 1968.

“The foundation is valuable because they don’t shy away from people with epilepsy,” Brown said. “They open doors for people and help them get their medication under control. They can help with doctors and hospitals that have very good education and will help you. All the questions I have, I bring to the foundation and learn a great deal from it.”

Brown also has built relationships there, gaining encouragement from a support group that provides fresh perspective, and he is close with his case manager who has been a support for him.

EFOF also provides these services for individuals and families:

Because of the support, encouragement and value he found in EFOF’s services, Brown now volunteers at the foundation twice a week and helps where he can.

“This gives him an opportunity to get out and about,” Bitton said. “He volunteers at foundation events, like Walk the Talk for Epilepsy, and helps to distribute EFOF booklets and pamphlets at libraries and on buses to help spread epilepsy awareness.”