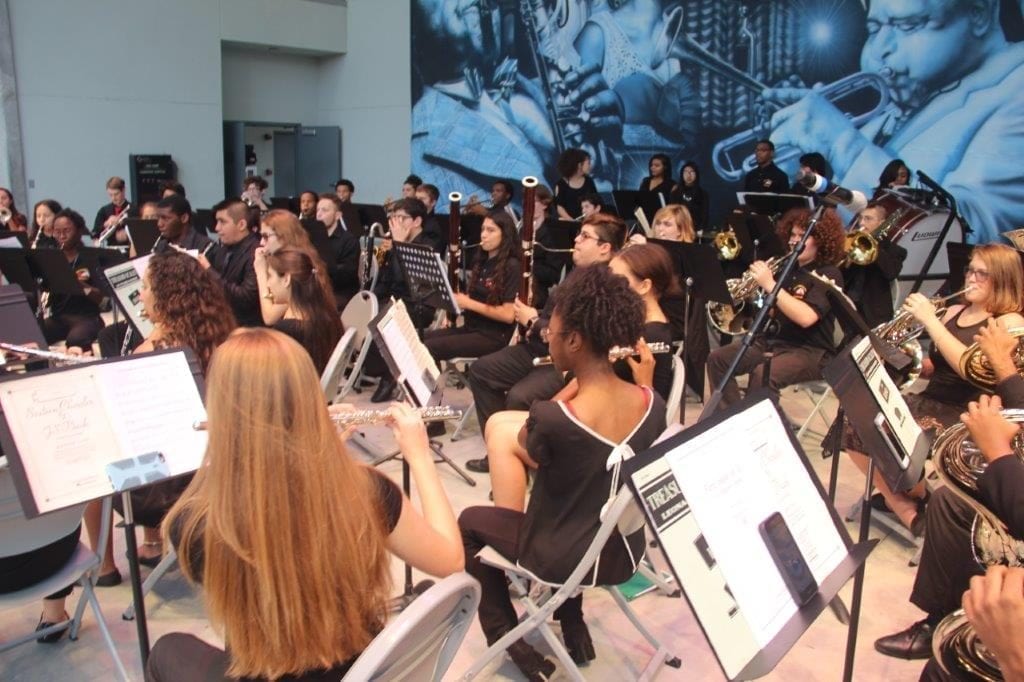 Michael Scott, director of the South Broward High School band program, is pleased with the progress his band has made this year. The wind symphony, which has 56 members, recently performed at the Dr. Martin Luther King Jr. Fun Day in ArtsPark at Young Circle.

“We are excited about being here tonight,” Scott said. “We have wanted to perform here for a long time. It’s an honor to be here.”

“This is a fun day for families and we had some good musical performances,” Chuck said.

The South Broward wind symphony will travel to New York in April to perform at Carnegie Hall. It will cost the group about $120,000 to go and they have raised about half of the money so far, Scott said.

The band has grown a lot and Scott said he is proud of his students. “It takes patience and dedication and we are building a strong program.”

The band also has an even bigger trip coming up: In late December, the South Broward band will travel to London to participate in the city’s New Year’s Day parade.

The McArthur High School band also performed at Fun Day. After an early performance, the band returned to McArthur to perform at an all-star football game. Charles Moorer Jr., the McArthur band director, said he was pleased with his band’s performance.

“This gives us a chance to showcase our band. We were glad to be a part of the festivities here,” he said.