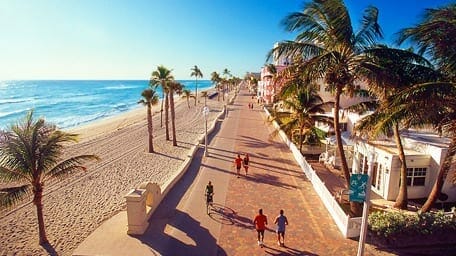 City maintenance crews pick up nearly 40 pounds of cigarette butts every month from Hollywood Beach. The Hollywood Commission and local environmentalists would prefer that people not smoke at these locations, but under current state law, only the Florida legislature can ban smoking in public places.

Rather than a ban on smoking, the Commission agreed to a resolution to discourage smoking at the beach and in parks with signage. The Commission wants to have signs placed in these public areas with messages such as, “Please don’t smoke, young lungs at play.”

Vice Mayor Traci Callari said that she believed that if the Commission banned smoking at beaches and parks, the City would be faced with lawsuits. “We can say ‘please don’t smoke.’ I don’t like smoking and as a nurse I have seen the negative effects of smoking, but I don’t want the city to have more litigation,” she said.

Commissioner Dick Blattner wanted the ban on smoking and said he would continue to encourage the ban. He believes the public wants a ban on smoking at the beach and in parks.

Commissioner Kevin Biederman said he did not want to cause tourists to be unhappy. “We have tourists who come to Hollywood who like to smoke,” he said. “We spend money to attract tourists.”

Commissioner Debra Case believes people smoking at the beach and parks set a poor example for children and that a ban on smoking in public areas would be better for young people. “We want to encourage families to use the beach,” she said.

Another concern that was brought up involved enforcement of the ban. Mayor Josh Levy, Biederman and Callari discussed the problem of asking police officers to enforce the ban and spend time going after people who might be smoking while at the beach.