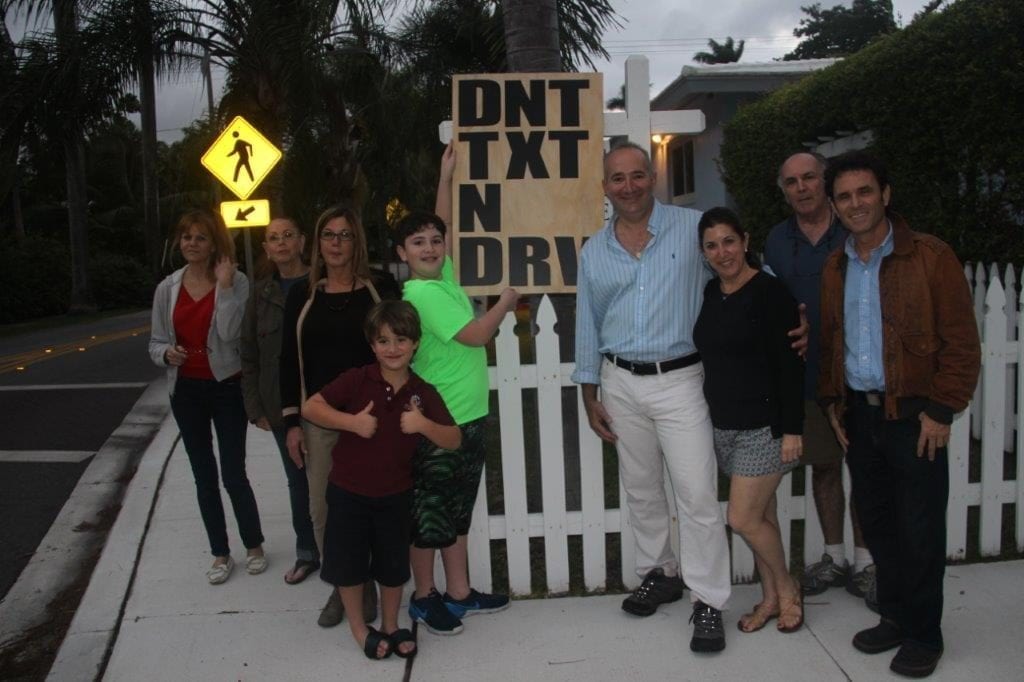 Neal Rosenblum, a Hollywood Lakes resident who lives on 13th Avenue, feels that there is too much traffic driving through his neighborhood in order to avoid more congested streets like Federal Highway.

He is working to organize people in his neighborhood to ask the City to address this issue.

“As of 2017, we have experienced more than 100 car, bicycle and pedestrian accidents within about 200 yards of 13th Avenue and Tyler Street. Many of these accidents have resulted in severe injuries,” Rosenblum said. He attributes the accidents to the funneling of all the Dania-to-Hallandale traffic onto the 22-foot-wide street, which he said has no curbing, has insufficient drainage and contains substandard pavement.

“My security cameras have recorded some of the accidents including a vehicle driving right through my picket fence just a short time after I played soccer with my kids in my yard, a bicyclist getting struck by a car, and one car colliding with another,” he said.

Rosenblum wants to see a median on Hollywood Boulevard at 13th Avenue. Other proposals include making portions of 13th Avenue one-way or making it impossible for drivers to turn left from Federal Highway onto Johnson and Polk Street. He would also like to see no left turns from Johnson Street onto 13th Avenue to prevent cars from West Lake Village from driving on 13th Avenue.

Raelin Storey, spokesperson for Hollywood, said surveys have been conducted among residents in the community but there has been little interest in making major changes to the surrounding roads.