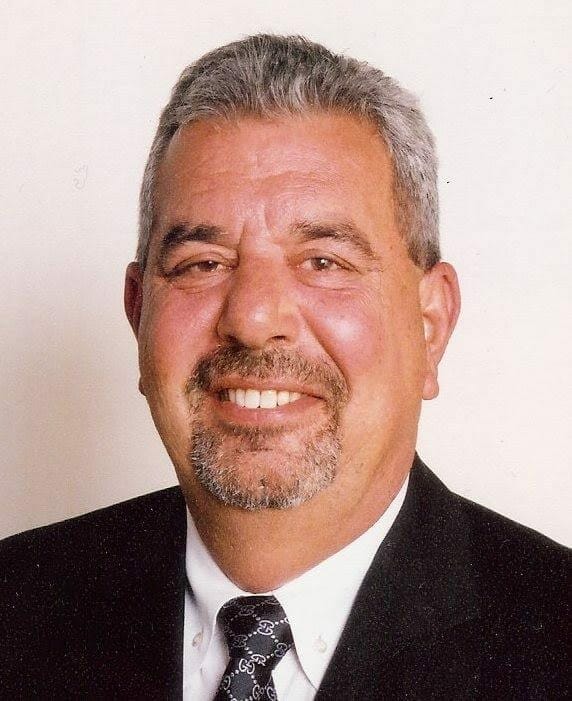 Gary Kramer, longtime Hollywood resident-turned-entrepreneur, takes us on a stroll down memory lane starting with the old police station.

“When Chief of Police ‘Bud’ Naylon was the boss in the ’70s, crime was negligible in Hollywood,” Kramer recalls. “And in the old days, if you went west of State Road 7, you were in the sticks, not Pembroke Pines. There are so many things that have gone the way of evolution here in Hollywood.”

Kramer’s family owned a restaurant called The Gourmet from 1953-1976 and it was located where Mama Mia Ristorante is now.

“The Gourmet was only open 21 weeks a year during the tourist season,” Kramer says. “No one, except the locals, would be in Hollywood during the summer months. Favorite pastimes were hanging around at the beach and playing handball on the courts.”

Fiesta Tropicale also comes to Kramer’s mind, which was inaugurated in 1935 and organized by Ella Jo Stollberg, one of Broward County’s first female attorneys. During the parade, the Boulevard closed from 19th to 21st Avenues so that bands, floats and participants could march.

“I could walk across the street from The Gourmet and enjoy the locals at the party,” Kramer recalls. “I also remember watching cadets in uniform marching from Military or Academy Circle (now Presidential Circle).”

Other restaurants Kramer recalls include Protano’s Bakery, Morrison’s Cafeteria, Fowlers and Moy’s Chinese. “I remember Hollywood (Young) Circle being referred to as Restaurant Circle,” he says.

And then there is the 18-story Home Federal Tower, the tallest structure on the circle that allowed patrons to see all of Hollywood.

“It had a great late-night restaurant called Top Of the Home,” Kramer says. “It was an upscale atmosphere and good food with singing bartenders.”

Home Federal Tower overlooking Hollywood and what is now ArtsPark.

“I remember being able to drive down Federal Highway all the way to 163rd Street without hitting a traffic light and the speed limit was 70 mph,” Kramer says. “Can you imagine? And the beach was never crowded like it is today.”

While Kramer did not go to school in Hollywood, all of his friends attended South Broward High School. “We lived in the Lakes section (South Lake) on Van Buren Street and 15th Avenue. You knew everybody in town. Now the city has grown so fast that I hardly know anyone.”

Hollywood does have an impressive history. Incorporated in 1925, it is now the 12th-largest city in Florida and its population has grown from approximately 3,000 to almost 150,000.

How he met his wife

“Deanna and I met by accident,” Kramer says. “I owned an auto body shop in the ’80s in Hallandale and Deanna came in for an estimate. It was love at first sight for both of us.”

The couple has been married 30 years this year and part of their Hollywood memories include Hurricane Andrew, one of the most destructive hurricanes in U.S. history.

“It left us without power for nine days,” Kramer recalls.

“Hollywood is in a Hurricane Zone and often suffers from King Tides and flooding so Deanna and I decided to develop an app for people to keep a detailed record, including photos, of all the contents of their home or apartment. If a disaster strikes our city, you have all your important home contents, inside and outside, at your fingertips.”

Deanna, born and raised in Hollywood and now a real estate agent, gave Kramer the idea. He then sent it to friends for review before launching it.

The app, called MyHomeInfo, takes photos so there is corroborating evidence of dwelling and content conditions. If someone is sued or is suing for damages or the return of a security deposit, the evidence is at their fingertips – there is no searching for paperwork that may have been destroyed or misplaced.

“It works for anyone, anywhere but was developed with the Hollywood community in mind,” Kramer says. “It is currently available in the Apple App Store and will be available for Android in mid-February.”

The enterprising couple is also developing the MyPetInfo app, due out in April.

Users can track a pet’s basic information, scheduled appointments and contacts such as sitters, walkers and trainers, Kramer says.
Dr. Thomas Sessa at the Hollywood Animal Hospital was a consultant in the development. The app will work for any animal when it becomes available after the updates.

Kramer, a dog lover, says he has had as many as five dogs for most of his adult life.

“Deanna and I live in the North Lake area of Hollywood and own a 5-year-old, 100-pound English Golden retriever named Wyatt.”