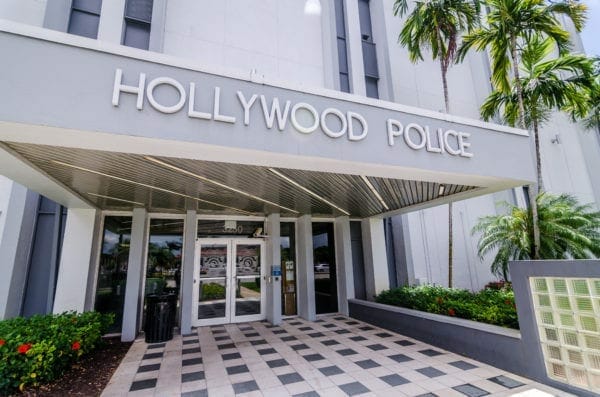 According to the report, HPD officials failed to institute protocols consistent with industry standards and their failure to ensure the unit’s compliance with protocols already established by the department facilitated an environment where the theft of $137,609 in currency and 1,096 pills from the evidence room went undetected from the HPD’s custody prior to January 2012.

The state of the PEU had been in such disarray that the HPD lost its accreditation from the Commission for Florida Law Enforcement Accreditation (CFA) in 2015, according to the report.

“In sum, the OIG found that the theft was facilitated by a lack of controls limiting access into the PEU. Evidence required to prosecute the culprit(s) was unavailable because the HPD had failed to institute security measures to document access, such as security cameras, said John W. Scott, Inspector General.

“While many issues remain, the HPD has made significant progress in remediating years of mismanagement. The HPD also instituted a number of control measures requiring two persons to participate in the opening of cash and narcotic safes, rather than merely being present, and other security measures to document access,” continued Scott. “The process of purging and organizing evidence has improved, but remains an on-going issue.”

In his response on behalf of the HPD, Chief Tomas Sanchez provided this Office with a summarized list of additional actions and steps taken by the HPD since March 28, 2016—the date the HPD provided the OIG with an initial report of all the corrective action the department had taken between January 2012 and March 2016 in response to the OIG’s investigation. Some of those continued improvements include the purchase of a drug terminator device which so far has facilitated the destruction of over 140 pounds of drugs, continued purging, and a change in protocol in efforts to reduce paperwork being submitted to the property unit.

Mr. Wagner was the chief of the HPD from March 2008 until his retirement in January 2013. He is currently employed by the Broward County Sheriff’s Office, where he is the Director of Human Resources. Louis Granteed Mr. Granteed was an assistant chief of the HPD from approximately January 2005 until his retirement in June 2012. His duties included oversight of Support Services, which included the PEU.

Mr. Jeffries is a major with the HPD. He has been with the HPD for over 28 years. When John Nevins was the quartermaster sergeant of the PEU, Mr. Jeffries acted as his backup.

Mr. Siegel was a major in HPD Support Services during the relevant time periods. He was responsible for, among other things, supervision of the PEU. He retired from the HPD in January 2012 and is currently the deputy chief of the Lauderhill Police Department.

“In an effort to be transparent, the Hollywood Police Department has taken exhaustive steps with outside agencies to fully conduct investigations. Those agencies include the Florida Department of Law Enforcement, Broward State Attorney’s Office, the Office of the Inspector General, and the Commission for Florida Law Enforcement Accreditation,” said Chief Sanchez.  “Additionally, the Department’s Internal Affairs division has conducted an investigation.”

While the OIG is encouraged by the HPD’s ongoing efforts to address the deficiencies raised in the final report, they have also requested that the HPD provide a status report by May 23, 2017, regarding the PEU’s progress and any further improvements.

In 2016, the Property and Evidence Unit purged more items and documents than were received. Other improvements include, but are not limited to, additional security cameras, increased inventory checks, better supervision and staffing, and training for Property Clerks and Officers, according to Sanchez. “These are positive steps forward,” he said.

“The Hollywood Police Department is committed to transparency and accountability,” said Chief Sanchez. “Our men and women strive everyday to serve the residents, visitors and businesses of the City of Hollywood and to become a world class law enforcement agency.”