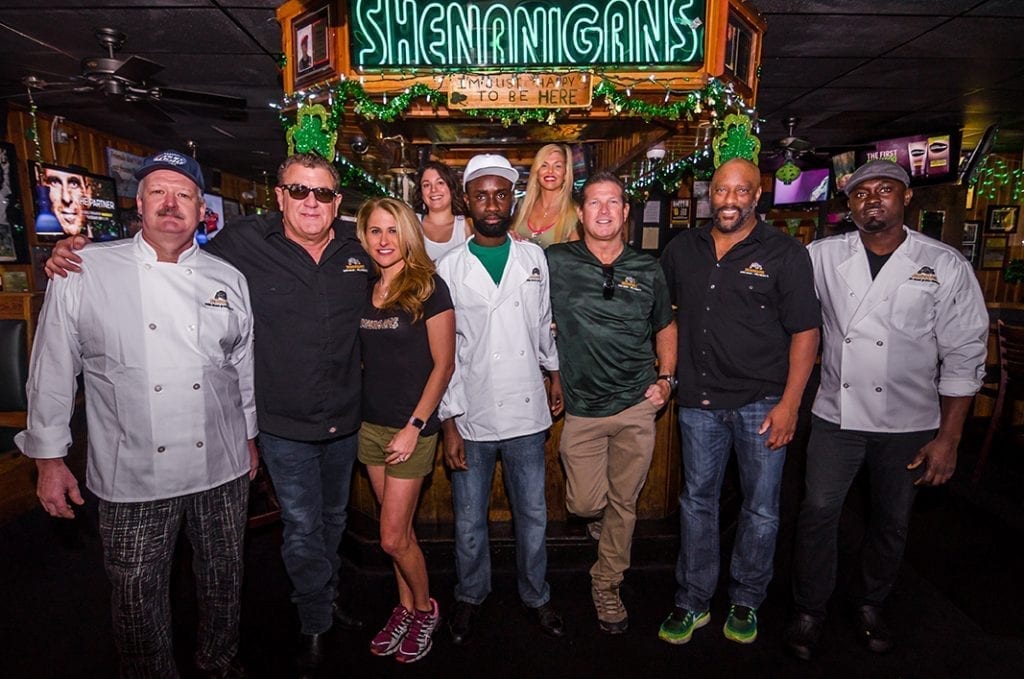 “On St. Patrick’s Day, March 17, we open at 11 a.m. serving corned beef hash and eggs with Eye Opening Bloody Mary’s!” Utter enthusiastically explains that over the course of the day, they serve over 1,000 pounds of fresh made corned beef! Come on, people… who doesn’t love that? 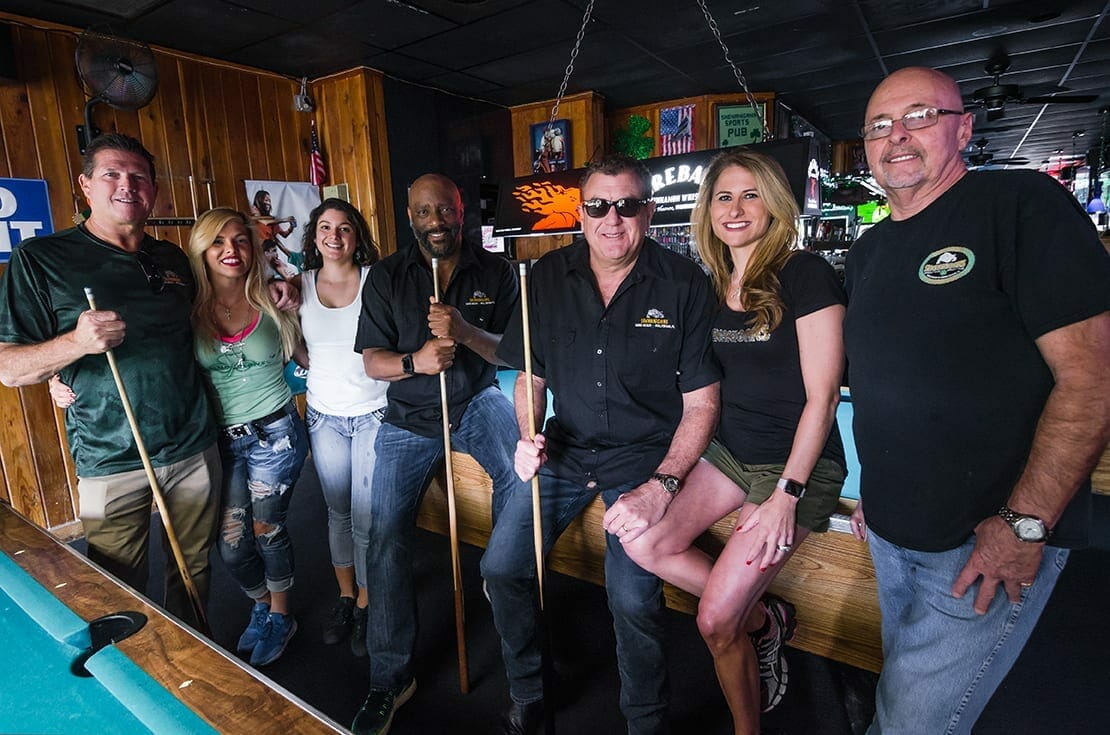 Utter has lived in Hollywood for 50-plus years. He attended Hollywood Central, Olsen Middle School and South Broward High School – full confirmation of being a local.

“The thing I love most about Hollywood is the beach and ocean,” states Utter. “That’s the first thing that comes to my mind.  I try to get to the Beach and enjoy our boardwalk as much as possible.”

Utter is also a former lifeguard, avid swimmer and fisherman – so what got him into the restaurant biz? 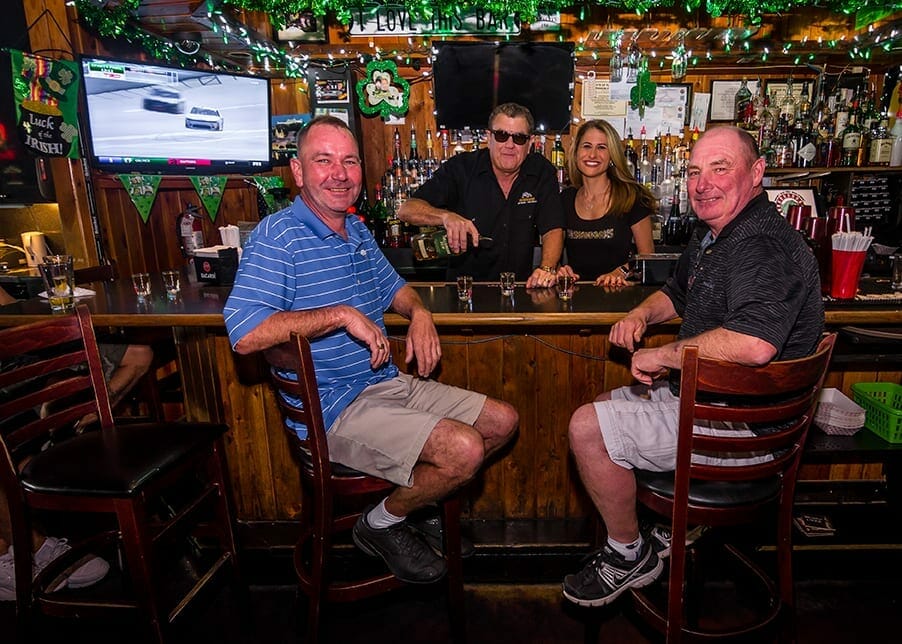 “My background in the restaurant business goes back over 40 years,” explains Utter. “I worked every station in the restaurant from dishwasher to cook to bartender to manager.  It was a progressive process and after graduation I attended culinary school and studied restaurant management.”

Over 25 years ago, Utter worked at the infamous Martha’s, a restaurant located on the Intracoastal just south of the Dania Beach Bridge on A1A.

“It was a fine dining restaurant and I was the restaurant manager,” recalls Utter.

Since then, this location has served as SunCruz Casino and is now under construction to be Seaside Village.

After time at Martha’s, Utter found a neighborhood bar for sale called, Toby’s.

“I had the idea of opening a gastro pub. I completely changed the format to include fresh (never frozen) jumbo wings, fresh local fish, prime rib, steaks – everything locally sourced and all food made in-house.”

Clearly, the ultimate in surf and turf; but, from soups to all entrees, Utter attributes much of his success to his staff members.

“Shenanigans couldn’t be possible if I didn’t have some of the most talented and wonderful staff with me for years.  I have a chef and general manager that both worked alongside me for 25 years and I have a great wife and partner.”

“Christine and I met in Hollywood at Shenanigans and we have been together for 17 years!” shares Utter. “Our family consists of five children and a French bulldog.”

“Besides juggling two local restaurants, we have a 9 year old son and a 3 year old daughter that fills our day.” Utter continues. “I enjoy fishing and all water sports and Christine is a devoted runner and workout enthusiast.”

The couple both took Leadership Hollywood Class XL from the Hollywood Chamber of Commerce to stay connected to the community they love. They enjoy living in the Hollywood Lakes section and their lives revolve around the ocean and the beautiful beach in Hollywood.
Utter states, “The most important thing I’ve learned after 25 years in business is that you must be versatile, you must adapt to changing and current food and beverage trends.” 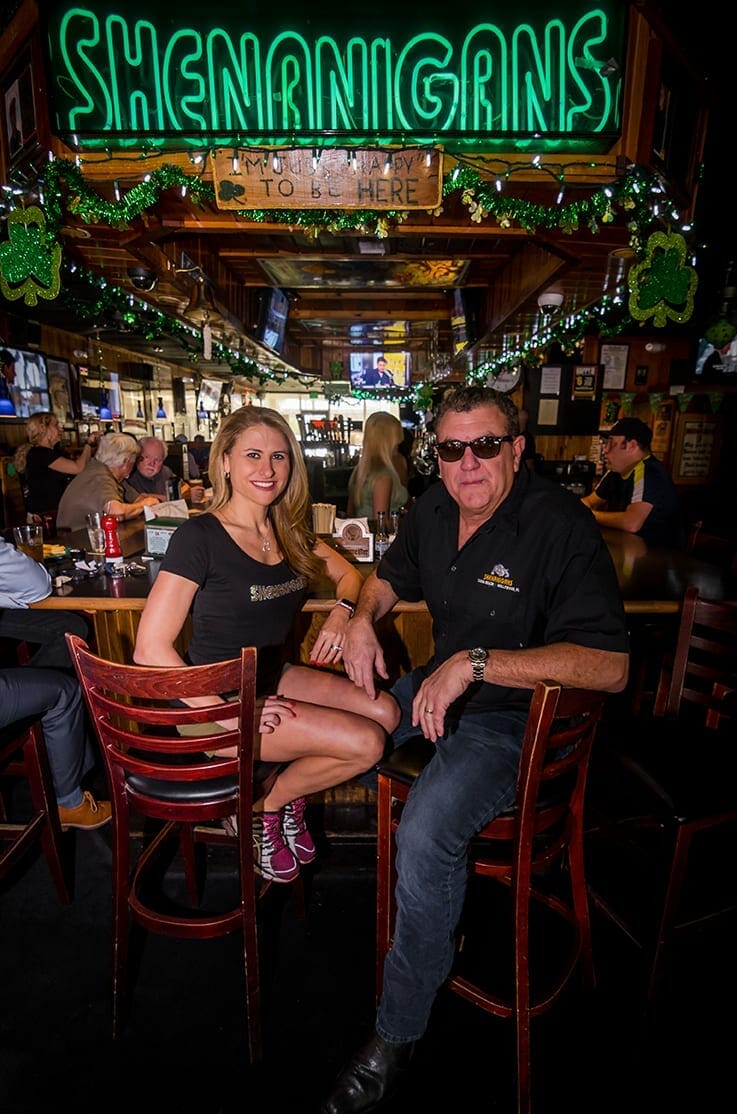 He says, “Without my team, I would not be around 25 years later. They have been the backbone of my success.”

“We now feature locally made draft brews and craft cocktails. It’s an exciting time, being in the pub business.”

So mark your calendars for March 12 and get your Irish on! Expect live music, Shenanigans souvenir t-shirts and hats, $6 premium cocktails and green beer til 4 a.m.!  Yowzah! Everyone is Irish on St Patrick’s Day in BOTH Locations!!!