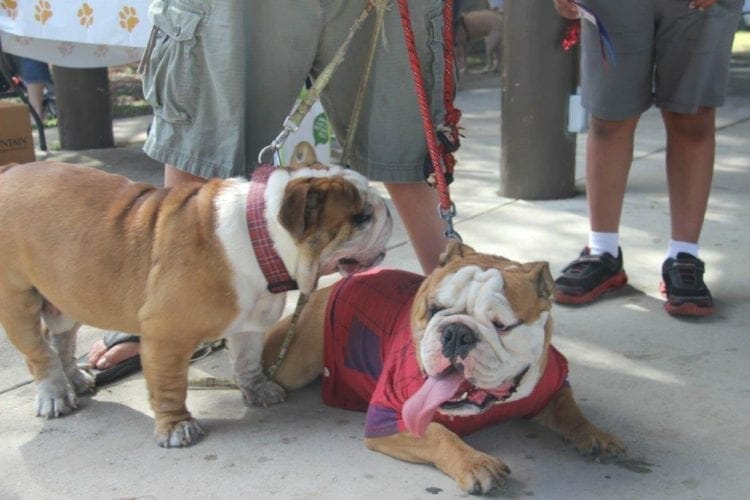 John Licona and his English bulldogs Benji and Bowser recently came out with others for a good cause at the Be Mine Community Dog Show at Stan Goldman Dog Park. In addition to the canine camaraderie, the visit paid off for the four-legged duo – Benji and Bowser both won awards.

Tabitha Grandinetti and her mother, Doral Demattio came to the show with their dogs Nyah, Gotti and Skyy. “We go to dog shows in the area and this one is very nice,” Grandinetti said. Skyy won first place for the hardest trick.

Ayelet Edelstein attended the event with her dog, Bella. “This show is awesome and I like being here,” she said.

Terry St. Angelo and her dog, Nevada, snagged the top award for best-dressed look-alike. “I liked being a part of this show,” she said.

Cliff Germano, president of the Hollywood Council of Civic Associations, the group that organized the show, said he was pleased that a large number of people brought their dogs to the family-friendly show, which also included raffle prizes, vendors and a silent auction. Proceeds from the event benefit the Hollywood Council of Civic Association’s Pete Brewer Scholarship Fund. Organizers say the dog show is a fun and affordable way to call attention to the rising cost of post-high school education.

After the show, many dog owners enjoyed the Hollywoof Dog Park.

Vice Mayor Traci Callari participated in the day. “This was amazing and very exciting. This was a good community event,” she said.