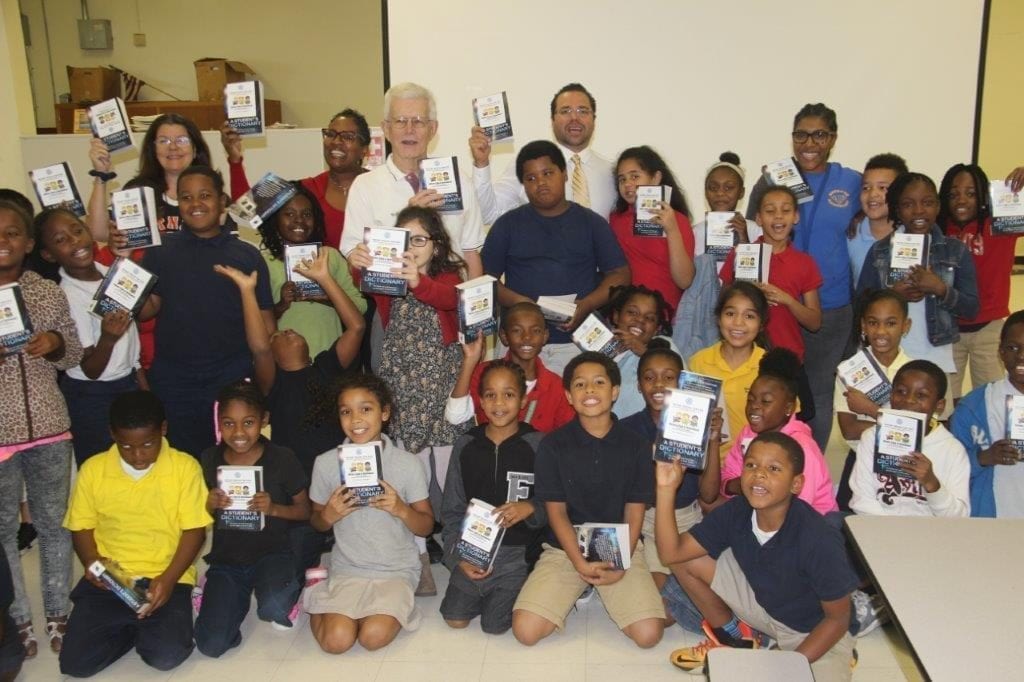 The Rotary Club of Hollywood wants to ensure that every young person in Hollywood can read well enough to learn effectively and achieve academic success. The Club has developed a program to provide free dictionaries and reference books to third-grade students at all Hollywood public elementary schools.

“We were concerned about the dropout rate in the high schools and we want to help children learn,” said Bob Lewis, co-chair of the Books and Education Committee for the Club. “So we developed a program to provide dictionaries to third-grade students.”

Josh Levy reads with a student

The Rotary Club of Hollywood holds an auction to raise money for the dictionaries and reference books. The Club also gives $1,000 to four Hollywood elementary schools each year. Recently, Lewis and Hollywood Mayor Josh Levy, who is also a Rotary Club member, visited Bethune Elementary School of the Arts and distributed the books to the students.

“We want to empower children to learn and be successful in the future. From kindergarten to third grade, children are learning to read. When they enter the fourth grade, they are reading to learn. It is very important that when children complete the third grade, they can read well,” said Levy. As mayor, he wants to focus on building up Hollywood’s schools.

During the presentation, Levy asked all of the students to look up the word “mayor” in their dictionaries. They did so and he discussed the role that a mayor plays in local government and the importance of knowing how government works. He also asked the children to look up the word “service.” He then explained the importance of serving others and behaving well in school and life outside of school.

Michael Corva, a third-grade teacher at Bethune, was glad his students were receiving the dictionaries. “Anything like this is fantastic. This will help them read for understanding,” he said.

Nichele Williams, acting principal of Bethune, said, “This is wonderful. These dictionaries will help them learn vocabulary words. The kids are excited and these dictionaries are a fun learning tool.”

Last year, Bethune was one of the schools that received $1,000 from the Rotary Club. The money was used to purchase books students in the upper grades of the school.