Sign of the times: Should Hollywood street names get updated? 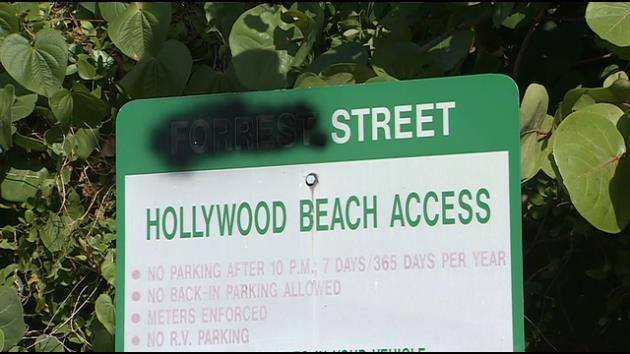 Many cities in the southern U.S. have had the often painful task of considering streets in their communities named after Confederate leaders, which at one time likely lauded by their local community, today may be viewed negatively.

While Hollywood leaders continue grappling over street signs, a group of residents attended a recent workshop to deal with a possible name change of three roadways, including Forrest Street — named for Nathan Bedford Forrest, a Confederate general and a founder of the Ku Klux Klan.

The two other streets named for Confederate generals being considered for change are: Lee, named for General Robert E. Lee, and Hood, named for John Bell Hood. The city’s African American Advisory Council agrees to the name changes.

Dr. Mary Mites Campbell argued on behalf of the AARC that these names did not reflect the values of Hollywood residents, and considered them derogatory.

Hollywood resident Benjamin Israel is a longtime advocate of changing the street names. He has made multiple presentations to the Commission asking the names be changed. He believes some of the commissioners are too concerned about preserving the status quo, not unlike political leaders in the 1950s.

While there are people in Hollywood who want the names changed, it may not be so easy to do. At least five of the seven members of the City Commission must agree to change the names of the streets; at least two-thirds of the property owners on those streets must sign a statement supporting the name change; and a street naming committee, which has not yet been formed, must review everything before selecting new names for the streets.

“I think history belongs in a museum,” said Commissioner Kevin Biederman, who said he believes the street names should be changed.  “These names are offensive to a good portion of our population. Hollywood is an inclusive and diverse city and you can’t honor someone who is not honorable.”

Biederman believes the City should help the residents on these streets with a transition period. “There would be duel names on the signs for a time and eventually the streets would have new names,” he said, and suggested the streets be renamed for early Hollywood mayors.

The street name change would affect 335 homeowners on Forrest Street, 375 homeowners on Hood Street and 803 homeowners on Lee Street. Changing the names would mean some inconvenience for homeowners who would be required to change their address on driver’s licenses, official property documents and mailing address.

Vice Mayor Traci Callari said the City should follow its process with a change in street names.

During community and commission meetings, some residents and community activists spoke in favor of changing the street names. Others said they believe the names should remain in place as a way of remembering history, even if that history was not pleasant.

Some meeting attendees said that Lee, Hood and Forrest were honorable military leaders who should be respected. Also, residents on the affected streets have said they like the names of their streets and don’t want them changed.