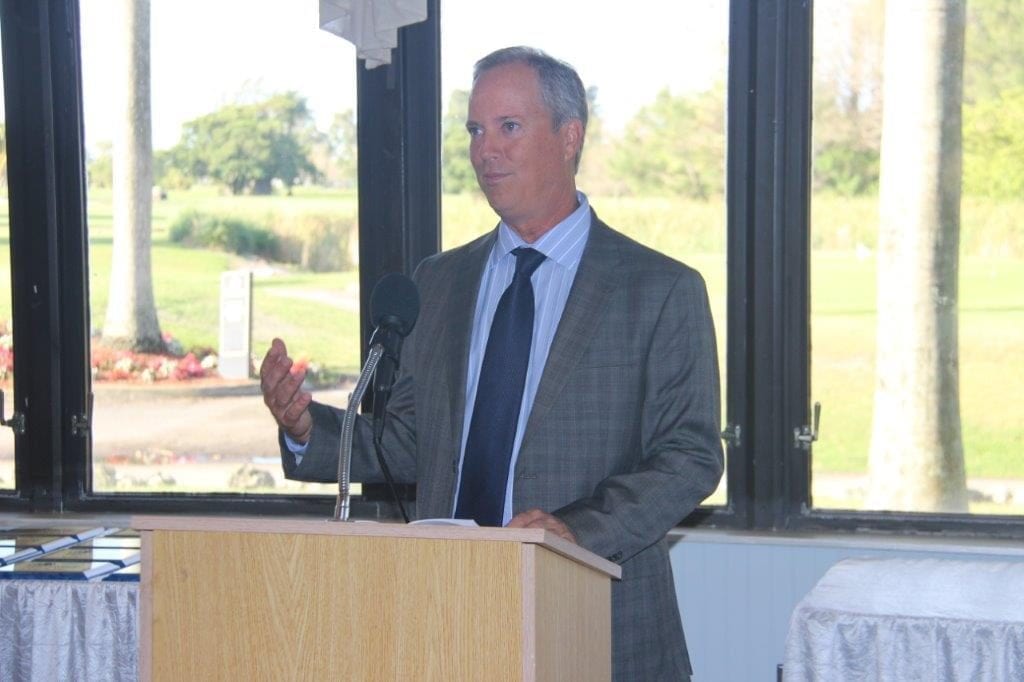 The breakfast is an opportunity for business and community leaders to network during a casual and social event.

Furr told the audience the Broward County Commission has welcomed new members and has also seen the exit of former members. “We are having some healthy debates on the commission — and this is good,” he said.

Furr said good things are happening in Broward County. “We are the number one county in the United States in job creation. The County bond rates are up and unemployment is down,” Furr said.

Hotel occupancy rates are down slightly, Furr said, and a substantial amount of money has been invested in the airport and the port.

The vice mayor said he would like to see more effort made to train the area’s workforce. “We need a talented workforce that companies see when they consider locating in Broward County,” Furr said. “Our high schools need to train young people to pursue careers in trades. We recently held a job fair at South Broward High School for students who are about to graduate and need a job. Some of the students received job offers.”

New members of the Greater Hollywood Chamber of Commerce.

Furr said there is a strong need for people trained to work in the marine and aviation industries, plumbers and electricians.

“For years, the schools have devalued trades and insisted that everyone go to college. We need to train young people who may not be interested in college for hands-on jobs,” he said.

Training and certification should be requirements for anyone caring for young children, Furr said. “Many children are being brought up in childcare centers and I want to make sure the people working with these children are certified,” he said.

Furr also spoke about the coral reefs off Hollywood’s coast, saying they are in crisis and efforts need to be made to restore them. Scientists are not sure what is causing the reefs to be in such poor shape.