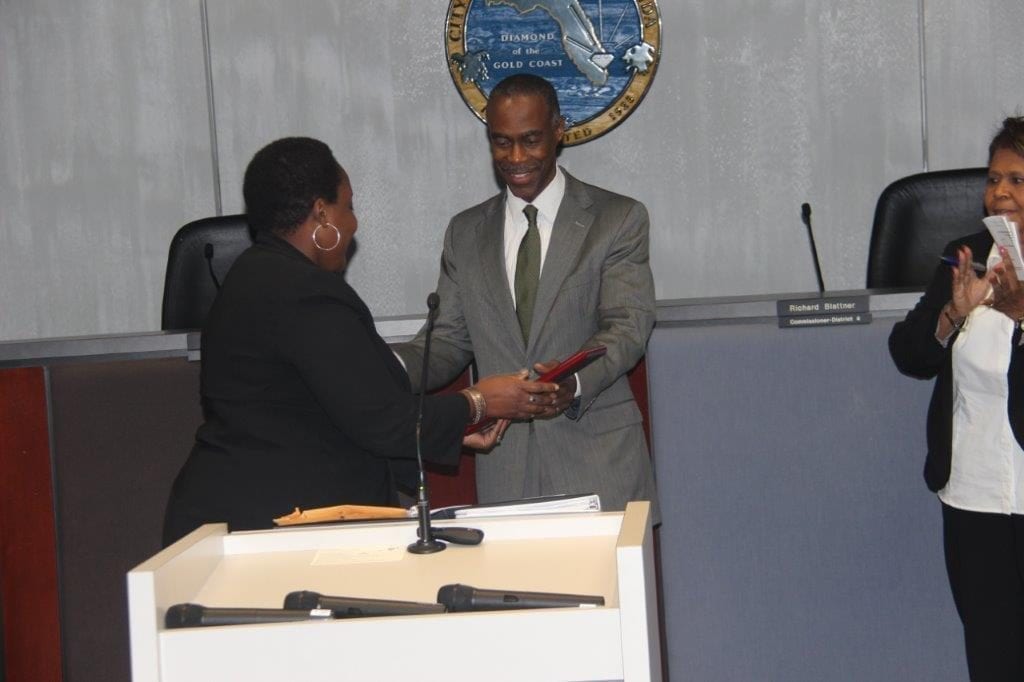 Broward Public Schools Superintendent Robert Runcie spoke at the Neighborhood Watch Annual Meeting about his goals for the school district and how, over the years, efforts have been made to correct various problems.

“I want our schools to be second to none,” Runcie said. “Our public education system is a great equalizer and allows people to pursue the American dream.” Runcie described how he overcame humble beginnings and saw his parents struggle to earn a living. “I believe in public education and that kids matter.”

Runcie is proud of the district’s effort to develop a strong system-wide debate program. He is also pleased with the district’s JROTC programs. Runcie wants to improve literacy for younger students and wants to ensure that by the end of third grade, all students can read independently. He also wants to see more musical instruments in the schools music and arts programs.

“I want to see improvements in early learning among younger students, applied learning and college readiness,” Runcie said. “I want students to be able to relate to the world and solve real world problems. I want to see more robotics and computer science in high schools.”

Runcie is also proud of the SAT day program in the schools. High school juniors can take the SAT test during a school day rather than on weekends. Some students were unable to take the SAT on weekends because they could not get to the testing sites or had other obligations.

The superintendent is pleased that since he became superintendent there have been fewer school suspensions, expulsions and arrests. When he came to the district, Broward schools led the state in suspensions and expulsions. He has worked to develop other programs to deal with difficult students. Students are no longer being suspended for minor offenses.

Runcie expressed disappointment that the Florida Legislature sent less money to the public schools than he expected. He believes the legislators could have provided more money but chose not to. Overall, he said he is pleased with the progress Broward Public Schools is making and knows the district’s teachers are working hard.