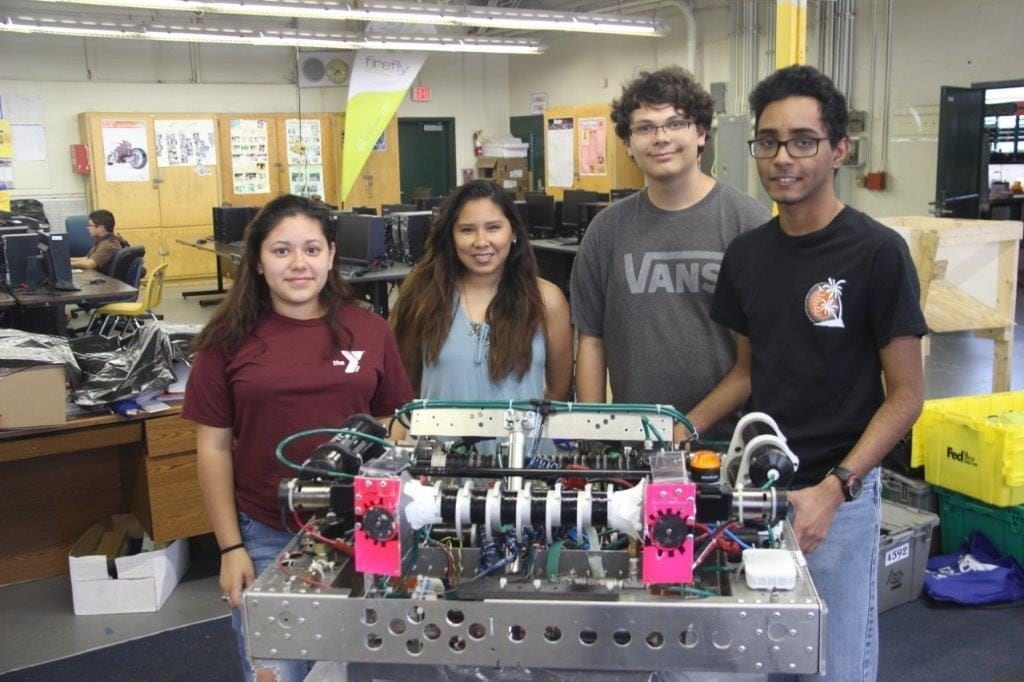 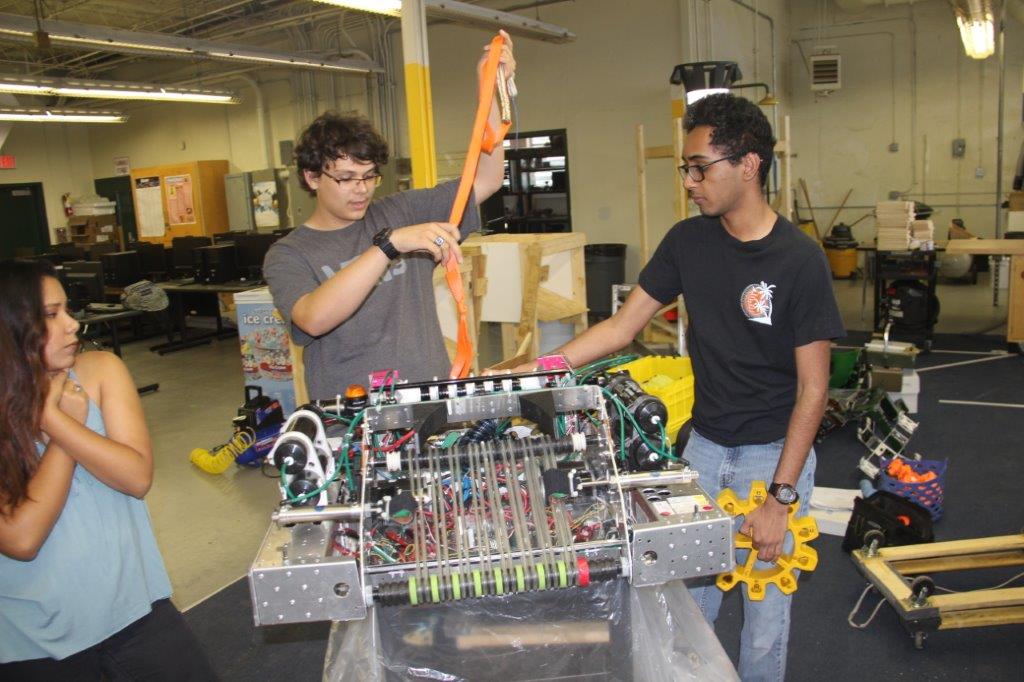 “We have done very well in competitions,” said Robert Derrick, an engineering teacher at McArthur HIgh School. “We have very dedicated students in this program.”

The students designed a robot and then asked a company specializing in metal work to create the parts the team members used to build the robot.

During the competition, the students programmed the robot to perform various tasks, including climbing a rope and moving objects.

Jessica Gorkowski, M3’s team captain, said members of the  team spent many hours and time outside of a regular school day working on the project.

“We became a family,” Gorkowski said. “We all worked hard together and that is why we are successful.” 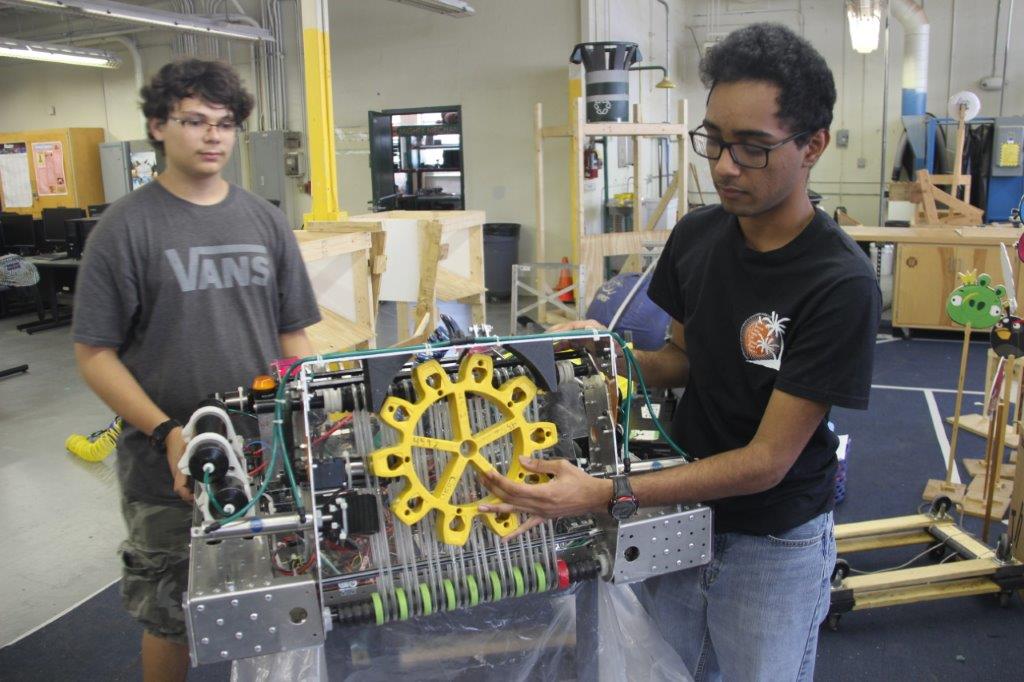 Paul Martin, the design captain, also enjoyed building the project and believes the team members worked well together. “We would have brain storming sessions and come up with creative solutions to the problems of assembling and programing the robot. This was a good experience,” Martin said.

Lead programmer Asbel Fontanez loved developing the robot. “We had to get the robot to install a gear and climb a rope. It was challenging and it felt good to be successful,” he said.

Stephanny Chimayco handled the business aspects of M3. “I enjoyed being a part of this team and we did very well,” she said.

The robotics program at McArthur is growing and more students are seeing the possibilities of good careers in the field. “There are many good opportunities for young people who are skilled in robotics,” said Derrick.