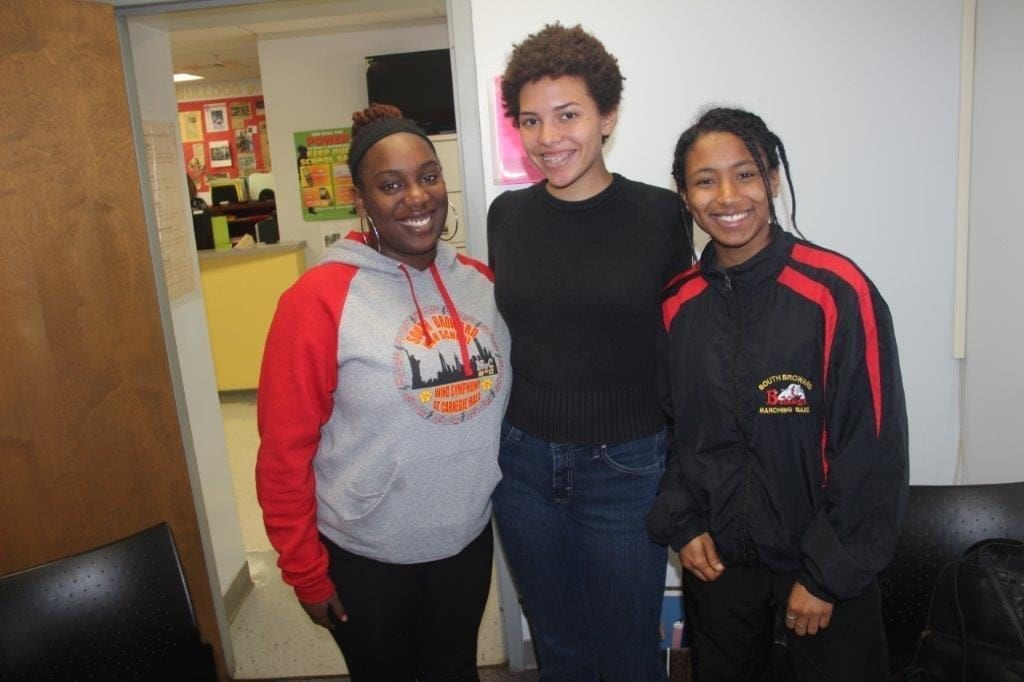 When Monica Sealey walked onto the stage at Carnegie Hall in New York she had the feeling of walking through the gates of heaven.

Sealey plays the string bass in the South Broward High School Wind Symphony and was among about 60 students who made the trip to New York for a performance at Carnegie Hall in mid-April. A senior, she will attend the University of Central Florida next year and wants to continue her music career.

“Everything about Carnegie Hall leaves you feeling breathless,” said Sealey. “From the gold detailing to the ivory walls. It was all so wonderful.”

It has been said many times that the way to get to Carnegie Hall is to practice. And that is what the members of the South Broward Wind Symphony did. “Our director Michael Scott makes us practice a lot and he pushes us,” said Sealey. “He always says no excuses just results. When I joined the band as a freshman, I was out of my comfort zone. But I learned to work with people different from myself and I became a better person.”

Raquel Govia, who plays the French horn and is a section leader also enjoyed performing at Carnegie Hall. She will attend Florida A & M next year and wants to continue her music career. “We accomplished a lot in the Wind Symphony. Performing at Carnegie Hall was a great experience and it felt like we were a professional band. The sound we produced resonated differently in Carnegie Hall,” she said.

Like many high school band students, Govia has enjoyed her experience as a musician. “I have met a lot of people who I might not have met if I had not been in band. I have learned to manage my time well. Being in band has been very rewarding,” she said.

Ellie Branson, who plays the flute and is sophomore is hoping to become a drum major. She enjoyed the trip to New York. “I will never forget playing at Carnegie Hall and walking across the stage. I loved the experience,” she said.

Michael Scott, the South Broward band director was proud of the students. He is a former drum major of the famous Florida A & M Marching 100. Scott performed at two Super Bowls during his time in college. He sets high expectations for his students. “Going to Carnegie Hall was really amazing, a once in a life time experience,” he said. “We started with the basic fundamentals and worked up from there. It took a lot of patience. We accomplished in four years what it takes a lot bands eight or ten years to achieve.”

Scott submitted a recording of the Wind Symphony’s performance to a group of college band directors About ten bands were accepted. The band members had to raise $120,000 for the trip. They gave performances, sold candy and held car washes.

The trip itself was exciting for the students. They took a train to New York. They saw the Lion King on Broadway, the 9/11 Memorial and the Statue of Liberty. They visited Manhattan and saw the many interesting people who live in New York.  “It really is the city that never sleeps. Everyone needs to experience New York,” said Sealey.