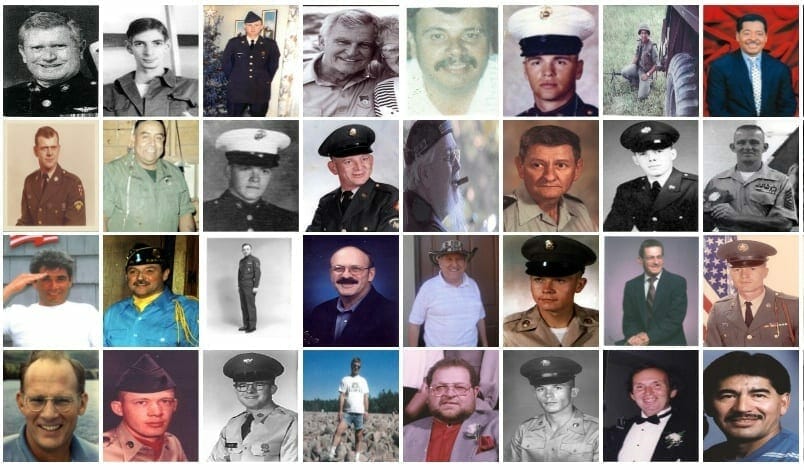 Ceremony in Washington, D.C. will honor Vietnam
Veterans who sacrificed after the war ended

More than 400 Vietnam veterans, including eight from Florida, will be inducted into the Vietnam Veterans Memorial Fund’s (VVMF) In Memory Program in 2017. The program honors Vietnam veterans whose lives were cut short as a result of their service in Vietnam, but are not eligible for inscription on The Wall under Department of Defense guidelines.

On June 17, 2017, VVMF will host more than 2,000 attendees at the annual ceremony on the East Knoll of the Vietnam Veterans Memorial, where each In Memory honoree’s name will be read aloud. This year, 411 service members will be honored during the ceremony. The master of ceremonies will be Capt. Denis Faherty.

The plaque that honors these veterans was dedicated as a part of the Vietnam Veterans Memorial in 2004. It reads:  In Memory of the men and women who served in the Vietnam War and later died as a result of their service. We honor and remember their sacrifice.

In Memory began in 1999 and has since honored more than 2,800 veterans. The In Memory Honor Roll has a remembrance page for each veteran and can be seen online at www.vvmf.org/honor-roll. The 2017 inductees will be added to the Honor Roll after the June ceremony.

2017 In Memory Inductees from Florida:

Lauderdale by the Sea, Fla.

For more information on the In Memory program, please visit:  www.vvmf.org/inmemory.

About the Vietnam Veterans Memorial Fund