Art and Culture Center raises over $60,000 during the sold out 20th Annual Cuisine for Art 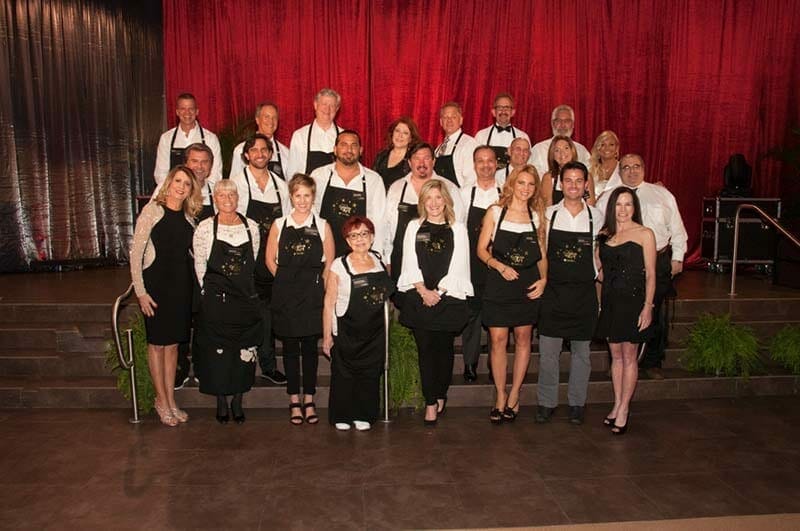 The Art and Culture Center/Hollywood sold out the 20th Anniversary of Cuisine for Art which was held at Hard Rock Live at the Seminole Hard Rock Hotel and Casino on May 19, 2017. The event raised over $60,000 for the Center’s programming. This year’s honoree was Harry Wayne “KC” Casey, the founder and leader of KC and The Sunshine Band.

Over 325 guests attended the event, which celebrated its 20th Anniversary with a “Cabaret of Stars,” as well as a cocktail reception, a three-course dinner and auction items such as a ride aboard the world-famous Goodyear Blimp, incredible vacation packages, and more. Special performances by Cher (Michael Dean), Dolly Parton (Kevin Wiley), and Whitney Houston (Cee Cee Russell) entertained the crowd throughout the night!

Cuisine for Art features elected officials and community leaders serving as Celebrity Waiters during an exciting and entertaining evening. The waiters served their guests and collected “tips” which went to the Art and Culture Center. They were also treated by live entertainment starring Georgette Pressler, an award winning international body painter and owner of Devious Body Art, who created a three-dimensional living art on a male model during the event.

Harry Wayne “KC” Casey is a South Florida icon and pioneering musician who has sold more than 100 million records worldwide since debuting in 1973. KC is a Grammy Award-winner recognized for such hits as “Get Down Tonight,” “That’s The Way (I Like It),” and “Shake Your Booty.”

The Art and Culture Center/Hollywood presents contemporary gallery exhibitions, live stage performances and high-quality education programs for adults and children. The Center fosters a creative environment where new and challenging work can flourish through programs that reflect the highest standards of artistry and diversity.

The Art and Culture Center/Hollywood is a 501(c)(3) non-profit organization supported in part by its members, admissions, private entities, the City of Hollywood, the Broward County Board of County Commissioners as recommended by the Broward Cultural Council; and the State of Florida, Department of State, Division of Cultural Affairs, the Florida Council on Arts and Culture. We welcome donations from all members of the community who wish to support our work.