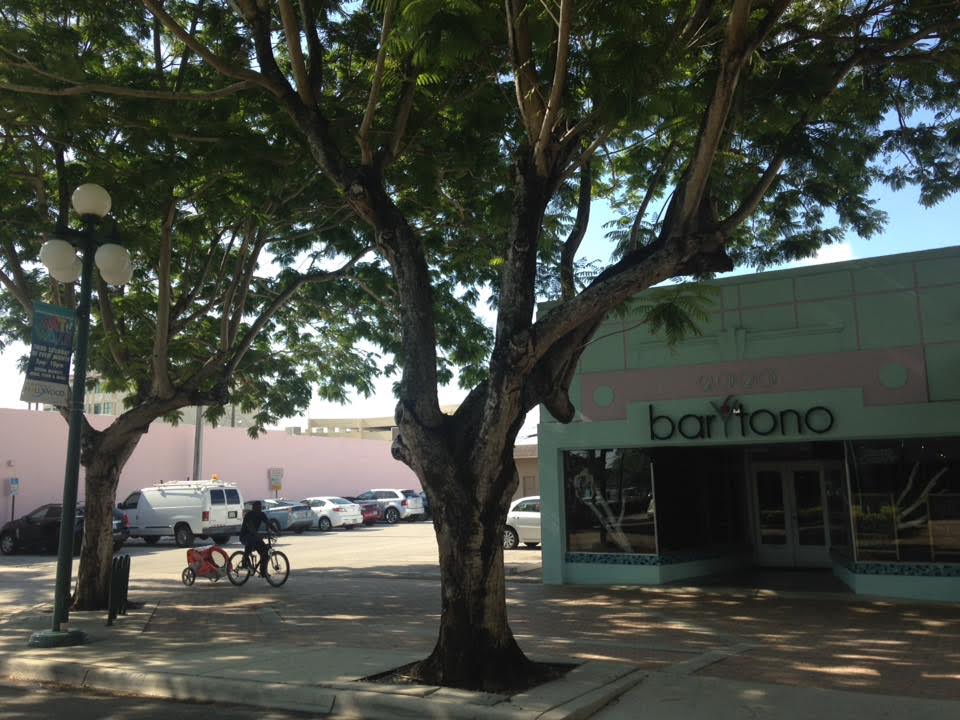 Based on a risk assessment, the Hollywood Community Redevelopment Agency (CRA) has decided to remove 13 copper pods from the Historic District that spans two blocks as part of a beautification project, sparking outrage from residents who love the shade trees.  The scope of the project includes new landscape, festoon lighting and lighting curtains and four new decorative poles with CC-TV security cameras.

According to Jorge Camejo, Executive Director of the Hollywood CRA, the trees are in fair to poor condition, making them unsafe to leave in place. As the trees are nearing the end of their useful life in an urban setting, there’s little to be done to improve their condition.

They’ll be replaced by 51 other trees, many of which will be Bismarckia palms. These palms will provide a solid tree canopy, and Camejo believes that they’ll actually be better for the downtown area.

Karen Caputo, President of Friends of Hollywood, Florida, strongly disagrees with the decision. She believes that the CRA leaders are more concerned about nightlife, and doubts that the trees will be replaced at all. If they are, however, Caputo considers Bismarckia palms to be unsuitable for the area.

According to Friends of Hollywood, Florida, the most recent risk assessment of the trees does not recommend their removal. Although the trees do have some structural damage, they were found to be in good health and without any pests or diseases. The assessment (conducted by an arborist hired by the CRA) advises that if the city proceeds with the removal, they should be replaced with similar shade trees.

As of May 13, the CRA had not yet applied for a tree removal permit.