Allan Libero is Hollywood's Small Business Person of the Year 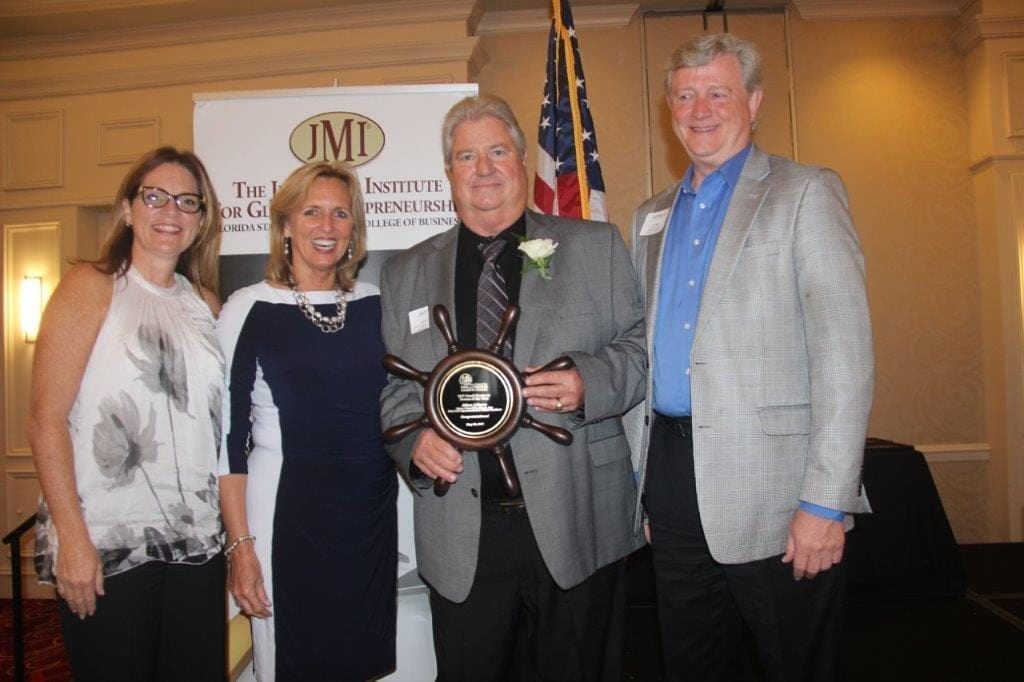 The Greater Hollywood Chamber of Commerce named Allan Libero the Chamber’s Small Business Person of the Year. Libero is president of Libero Consulting Group, Inc., also known as LCG Spacemakers, a company that offers space planning and design services to corporations and organizations. He has done work for both Broward County schools and the Broward Sheriff’s Office.

“I believe I have been successful because I emphasize service. I am able to compete with larger businesses because I work to provide the best service possible,” Libero said.

Libero is a native of Hollywood and first became involved in community activities as his son’s baseball coach. He has been an active member of the Greater Hollywood Chamber for more than eight years. He has been an Ambassador, a Board member, Chief Volunteer for the Golf Tournament and Sunday in the Park. He is a graduate of Leadership Hollywood and has received awards including Ambassador of the Year and Volunteer of the Year.

Members of the Hollywood Chamber nominate candidates for Small Business Person of the Year. Formers winners reviewed the candidates and made the selection.

Ed Walls, president of the Executive Committee of the Hollywood Chamber, said Libero is a good friend and he was glad to see him win the honor. “He has been very successful in his business and involved in the community,” Walls said.

Vice Mayor Traci Callari was glad to see Libero being honored. “This is so important to what Hollywood is about. I am glad that he is being honored,” Callari said.

Small business people from various Broward County chambers were recognized at the 2017 Small Business Person of the Year Annual Awards Luncheon organized by the Broward County Council of Chambers.

Broward County Mayor Barbara Sharief spoke on the important role that small business owners play in the local economy. Crystal Stiles, Director of the Office of Economic Development at FPL spoke on the challenges small business people must face and overcome. She praised their efforts and encouraged them to continue their efforts. This was followed with each of the Chamber’s Small Business Person of the Year being recognized.