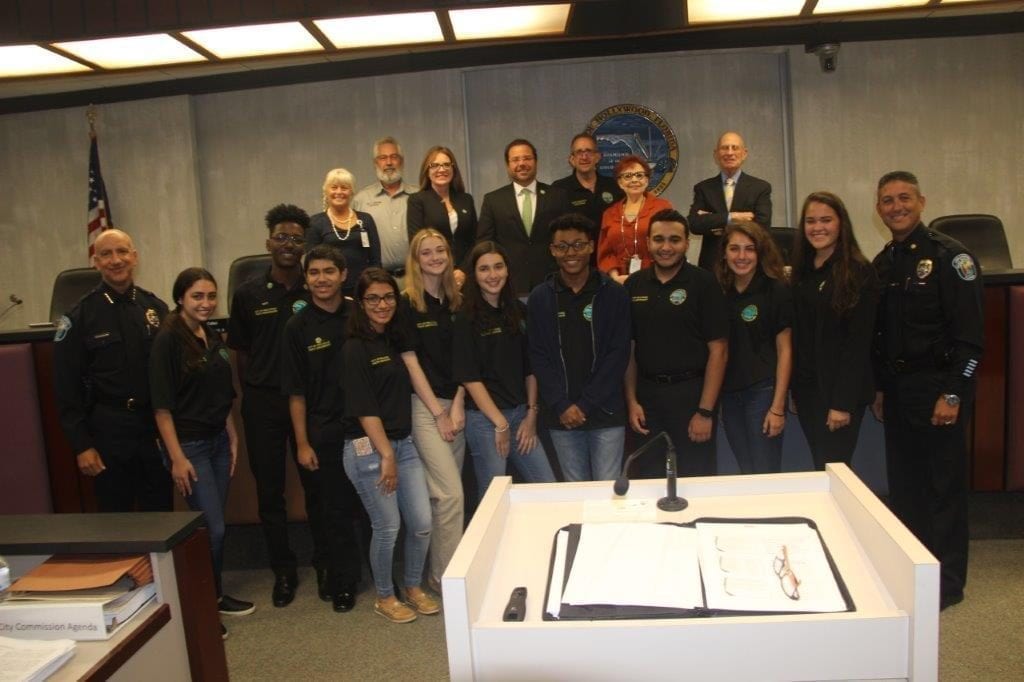 Alex Allen-Pereira is looking forward to attending Florida Gulf Coast University this fall. The experiences he had with the Hollywood Youth Ambassador program will give him and advantage in college and later in life.

Alexander Allen-Pereira received a $500 scholarship for his participation on the Youth Ambassador program. He will attend Florida Gulf Coast University and study business.

He is a graduate of Hollywood Hills High School. He also received $500 in scholarship money from the program. He will study business.

“This has been a really challenging program. I learned public speaking skills and how local government works,” said Allen-Pereira. “I have enjoyed being a Hollywood Youth Ambassador.”

Major Manny Marino said the program has been successful. “The students learn leadership skills and how to interact with city government. They learn how city government works. It brings together a diverse group of students,” he said.

Jason Silverira, a McArthur High School student is a firm believer in the program. “My favorite part has been building relationships with students from different schools. I have also learned about local government,” he said.

The students work with the commission and Hollywood Police Department to come up with ideas around how city leaders can relate to youth and,  hopefully, establish a productive dialogue.

Geomani Brooks, a student at South Broward High School, has enjoyed making friends in the program. “We come from different schools and we build friendships. We help each other,” she said.

Brooke Tuttle, a student at Chaminade-Madonna was one of eight students who has joined the Hollywood Youth Ambassador program. “I am excited about being an Ambassador and looking forward to developing leadership skills,” she said.

The students represented Hollywood at the Florida League of Cities. They also volunteer at city events.

The Ambassadors are involved in many leadership activities at their schools. They are nominated for the program by the administration of their school.