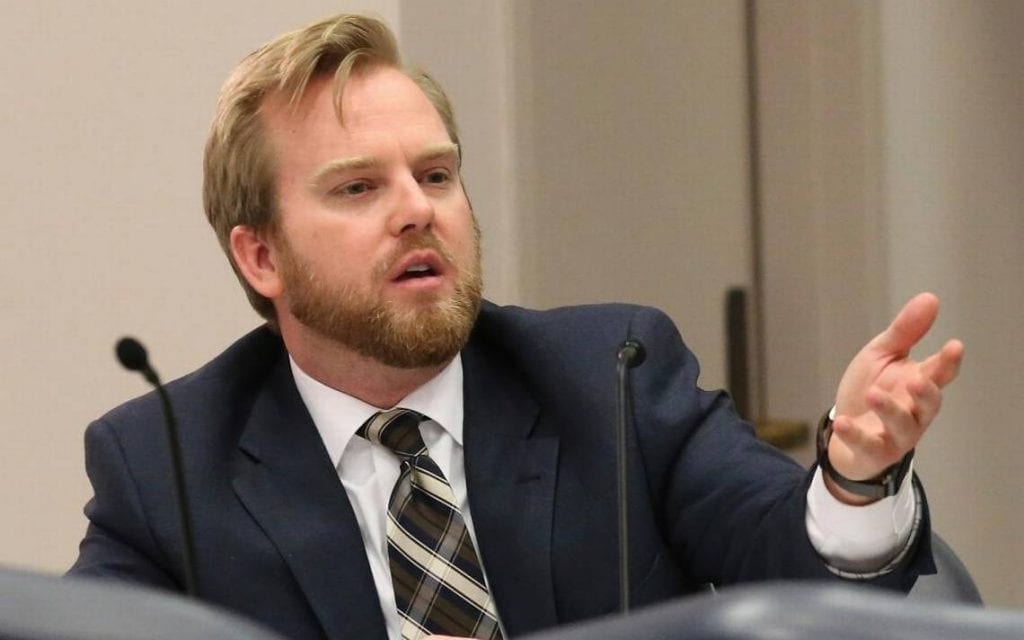 Even though Grant was first elected to the State House in 2010, he intends to file for re-election through 2024 – a tenure of 14 consecutive years. Florida voters in 1992 enacted a constitutional amendment limiting a member to eight consecutive years in one office. By law, Grant is termed out at the end of his current term and cannot run for re-election next year, let alone chase his dreams of being Speaker.

“Rep. Grant’s scheme to evade term limits is sleazy and outrageous,” said USTL President Phil Blumel. “He is not above the law. The people voted to term-limit him to eight years just like they did all our other lawmakers.”

Grant’s justification for cheating term limits is a 155-day break he took from office beginning in 2014, after his allies in the Legislature voted to vacate his seat. For most of this period, the Legislature wasn’t even in session, and Grant was re-seated after winning a special election without real opposition. According to Grant, this brief pause should cancel out all of his past service and start his term limits clock at zero.

“Excuses like this put Grant in the company of Hugo Chavez and other abusers of power who ran afoul of their term limits,” said Blumel. “When millions of Floridians created and passed ‘Eight is Enough,’ we intended for rotation every eight years. Grant is fully aware of it and should drop the self-serving behavior.”

The committee that put Florida’s term limits on the ballot in 1992 was formally called “Eight is Enough,” making its intentions very clear. If Grant is not removed from the 2018 ballot, it will set a dangerous precedent allowing crooked legislators to resign or have vacancies declared to circumvent term limits.

In early 2014, before the Legislature vacated his seat, Grant introduced a bill to weaken Florida’s term limits so politicians could serve longer. He communicated to U.S. Term Limits at that time that he wishes to see term limits fully repealed.