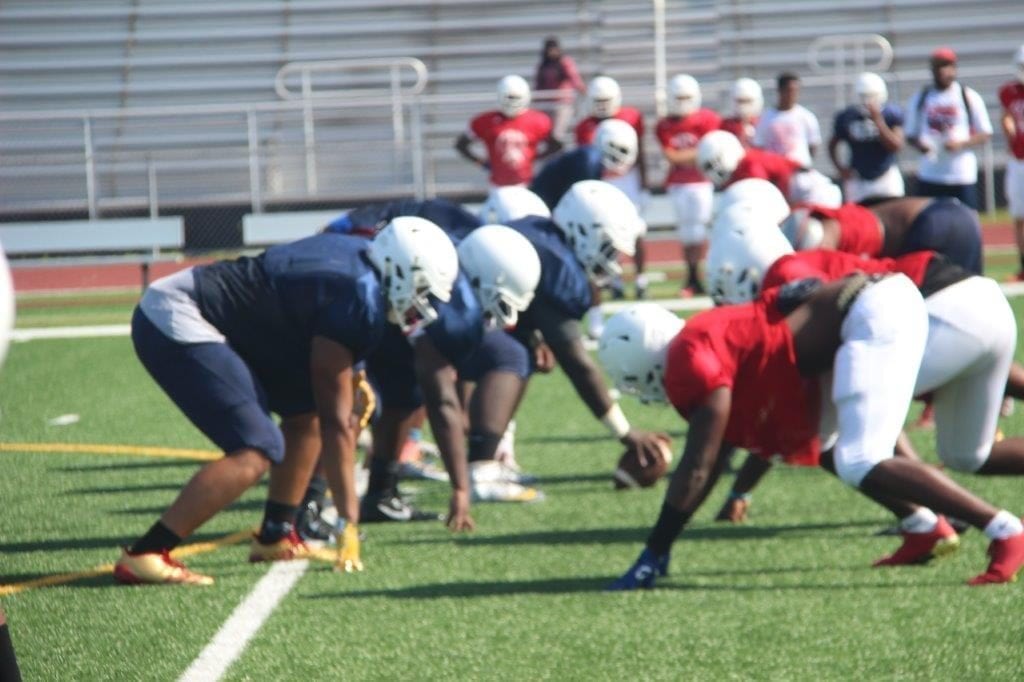 Chaminade-Madonna High School has a strong football program, one of the Lions’ strongest in years. But this season, the team is facing one of the toughest schedules possible for a high school team. Most high school teams can expect to face one or two top-notch teams in a season, but the Lions face powerhouse, nationally ranked teams almost every week.

Tyler Tate, an assistant football coach for Chaminade-Madonna, said the Lions are ready for this season. “We need to stay focused and we need to avoid injuries. We expect to have a winning season,” Tate said.

The Chaminade Madonna football team prepares for the upcoming season.

The Lions will begin with a kick-off classic against Deerfield Beach. They open the season playing against Miami Central High School. They will then come up against Miramar, Blanche Ely, American Heritage School Plantation (which will be televised on ESPN), Booker T. Washington, Flanagan, Doral Academy, University School and other solid teams. The Lions are hoping for a return to the state playoffs. Last year, they lost the state championship to Trinity Christian Academy from Jacksonville.

The team’s practices are well run and efficient, like big college programs. “We will take our players on visits to college programs and watch what those teams are doing in practice and we see that we do many of the same things,” Tate said.

During a recent practice, the Lions were very enthusiastic and were executing their plays well. They are looking forward to the coming season.

Winning is an important goal for the Lions, but so is taking care of the players. “We have a family atmosphere on the team. The school is 100 percent behind us,” he said.

This year, Chaminade-Madonna expects to have lights for its athletic field. They are not sure exactly when they will be installed but the goal is to have them for early games in the season.