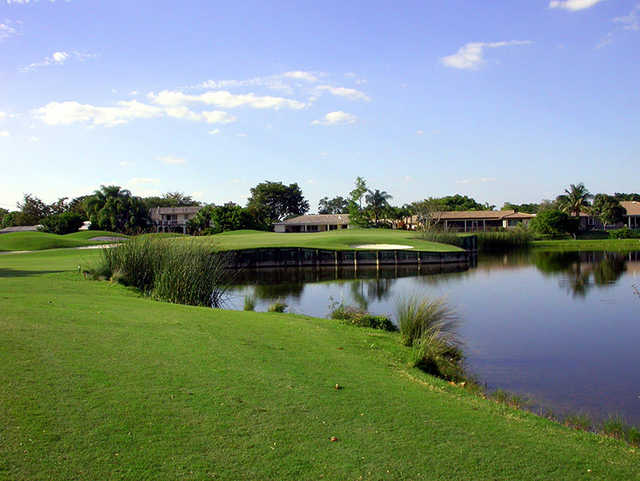 Golfers have been teeing off at the Orangebrook Golf and Country Club since the 1930s. But Orangebrook, the largest of Hollywood’s three municipal golf courses has seen better days. The greens need upgrades and the fairways have been losing money for years.

But during a recent Park East Civic Association meeting, a new conceptual site plan for Orangebrook was unveiled. The plan is very preliminary in nature but an important goal is to preserve 263 acres as green space. And this space would contain no fewer than 36 holes of golf.

The ad hoc Orangebrook Revitalization Committee, which was formed by the Park East Civic Association and claims the Orangebrook Golf Course within its geographic boundaries, is seeking to make improvements to the golf course.  The site plan was prepared and donated to the Park East Civic Association by the Nicklaus Design Company. They are well-known for designing golf courses.

The plan is in response to proposals by developers to place hotels, sports complexes, stores, a major water theme park and other buildings on a substantial portion of the Orangebrook property. Currently the site has two 18 hole golf courses and a clubhouse building which includes a banquet room and a casual restaurant. Orangebrook offers a pleasant environment for a round of golf and is oriented toward people from the community who enjoy the sport.

“The plan unveiled at the meeting was an illustration of one of many possible concepts and site plans for Orangebrook’s possible future,

if the City of Hollywood funds its restoration,” said Claire Garrett, chairperson of the Orangebrook Revitalization Committee.

It includes two 18-hole golf courses. One would be a championship level course for serious golfers and tournaments as well as a par three golf course for a more casual experience. It would take less time to play a round on the par three course and would be routed in such a way that golfers could choose to play nine holes rather than the full 18 holes.

Proposed plans include tennis courts and a swimming pool, a walking and exercise trail on the Park Road side of the property that could tie into future greenways linking it to other green spaces in Hollywood. A redeveloped clubhouse and an upscale restaurant were also proposed. Park East Civic Association’s plan envision a golf academy for people who want to become more proficient at golf and the driving range would remain in place.

The cost for the new development of the two new golf courses is estimated at $11 million. It could be financed by a revenue bond or a general obligation bond. This figure does not include other non-golf amenities such as the clubhouse, swimming pool or tennis courts.

The Orangebrook plan addresses the need to store excessive amounts of storm runoff water, which will protect surrounding neighborhoods from flooding in their homes. The site plan includes more lakes and ponds, planned to be able to receive excessive storm water runoff. It would allow people to play on courses immediately after a heavy rain. A new type of turf grass requiring less pesticides, fungicides and fertilizer would be used.

“The mission of our Committee is to make the Orangebrook Golf Course economically and environmentally sustainable,” Garrett said.