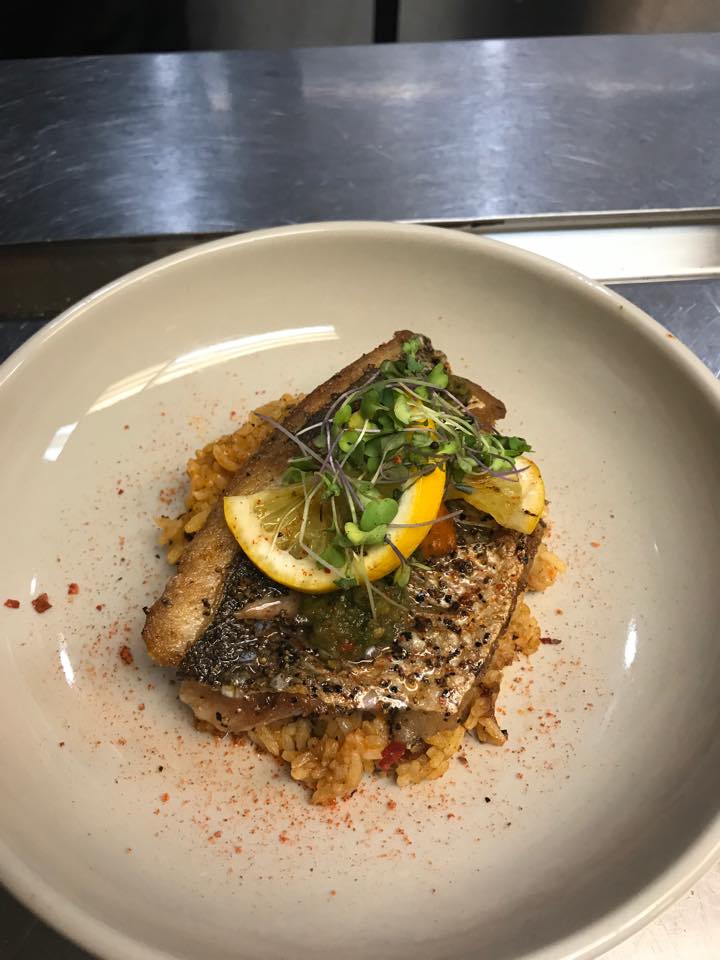 Natosha Gonzales has channeled her love for her mother and her down-home cooking into Southern Spice, a new restaurant at 1920 Tyler St. in Downtown Hollywood.

Southern Spice’s offerings are based on recipes from Gonzales’ mother and grandmother and have been reinvented by Chef Malcolm Prude, whose Macaron Ice Cream Sandwich was recognized by the New York Post as one of the “Best Desserts in America.”

“My mother and grandmother are the ones who gave me strength to do everything, to be the woman that I am and be where I’m at today,” said Gonzales, who retired two years ago as a captain in the Miami-Dade Fire Rescue Department.

“I was looking for a venture, to produce something in Hollywood,” added Gonzales, who also lives in the historic downtown arts, music and entertainment district. “My mother was a great cook. Opening my own restaurant is something that I thought about for years.”

With Southern Spice, Gonzales has created a comfortable ambiance that “feels like home,” down to the photograph of her mother and grandmother that is proudly on display.

Gonzales is partnering with other local small businesses that provide products that include produce, coffee, teas, bottled water and craft beers.

A Brooklyn native who has visited 48 countries and every continent except Antarctica, Gonzales can’t think of anyplace else she would rather live.

“It’s just the atmosphere. Downtown Hollywood has a home vibe,” she said. “We can be relaxed and just walk everywhere. We have so many local businesses that are right here.”

Southern Spice currently is open from 4:30 to 10 p.m. Tuesday – Thursday, 4:30 to 11 p.m. Friday and Saturday, and 4:30 to 9 p.m. Sunday. Following its Oct. 6 grand opening, the 49-seat eatery will begin accepting reservations online or by phone, and the menu and hours of operation will expand to lunch and weekend brunch starting at 11:30 a.m. The grand opening celebration will feature music, raffles and $20 all-you-can-eat small bites from 3 to 7 p.m.