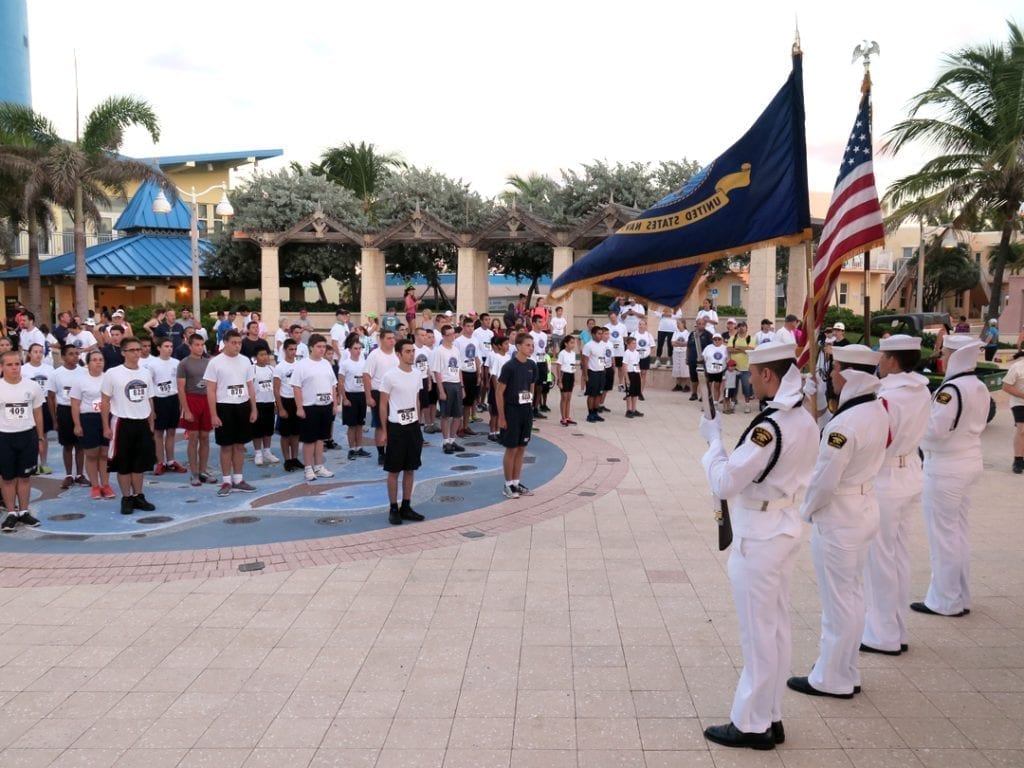 Established by the Navy League of the United States in 1958 at the request of the Department of the Navy, the Sea Cadets are known to be the best youth organization around. And they have lots of fun, too.

The Sea Cadets program encourages and aids American youth to develop an interest and skill in basic seamanship, and in its naval adaptations, to train them in seagoing skills, and teach them patriotism, courage, self reliance, and kindred virtues.

“Our cadets experience the adventure of a lifetime when they become part of our organization and get to do what other children only dream about,” explains Lynn Atkinson, spokeswoman for the Spruance Division of the Sea Cadets.

After completing prerequisite training, classwork, and a two week boot camp, the real-world training possibilities for Sea Cadets are nearly limitless. They can choose to spend some or all of their summer and winter school breaks on U.S. Naval or U.S. Coast Guard ships or stations, attend Navy, Marine Corps, or Coast Guard training in many different fields from aviation electronics and leadership to culinary and SCUBA.

Cadets may also choose to work alongside the Coast Guard on search and rescue missions, or travel to other countries on an exchange program with Sea Cadets from other nations.

“Although my time in Sea Cadets has been short, it is only the beginning,” said Sea Cadet Benjamin Hayward. “So far, within my first year at Spruance Division, I have indulged in many events, such as line heaving, military courtesy, the history of the Navy, and leadership. The brotherhood formed in the program has a positive effect on me, both at Sea Cadets and at home.”

Serving underprivileged youth by providing them with activities every Saturday from 8 am to 1pm during the school year and 1-3 week summer training sessions during the summer, the purpose of the Sea Cadets Youth Development Program is not to train recruits for military but to build character and teach respect, teamwork, self confidence, leadership, and most important, to make the right choices in life that will guarantee success.

“When I first joined Sea Cadets, I didn’t think I would make friends, since I couldn’t find a place where I belonged,” shared Sea Cadet Bianka Harris. “Or, maybe that was just me overthinking, as usual. But, I let that fear stop me from trying to improve myself. It did take time, but two years later, I have to say, I am a completely different person. Because of the Sea Cadets I’ve become friends with people who want me to reach my full potential. From increasing my confidence to building my trust in others, I can truly say Sea Cadets has changed my life.”

“Thanks to Sea Cadets, I have also learned a lot about the rich history of the military and many of its Rituals,” explains Sea Cadet Erik Cooper. “I learned about how to properly raise and lower the flags, how to do Color Guard and use rifles, and so many other activities that I would have never discovered without Sea Cadets. No other organization I know of could compete with what is taught in Sea Cadets.”

For information on joining the Sea Cadets, visit FTLSeaCadets.org.

About the Pursuit of Honor, Courage & Commitment 5K Run/Walk

The 5K Run and the 5K Fitness Walk start at 7:30AM with registration from 6am to 6:45am. And be sure to bring the kids ’cause there will be plenty of action.

Susan Harding of AccuChipUSA, Inc., will be coordinating registration, race timing and awards; the fabulous Shane LeMar of Shane Lemar Entertainment will serve as DJ; and Beard Marine will be donating water and coordinating distribution of the water stops along the course. At the conclusion of the race, there will be a fun run for children 10 and under followed by a post-race breakfast and awards presentations.

“We hope to have over 500 participants who will run or walk the beautiful course north from the park along the beach and back, with lots of family and friends to cheer on the participants,” said Lynn Atkinson, treasurer/spokeswoman for the Sea Cadets Spruance Division.

Participants can find parking in the city’s parking deck on North Ocean Drive between Garfield and Connecticut Streets.

To register for the 5K run/walk and find out more, visit HollywoodHonorRun.com.