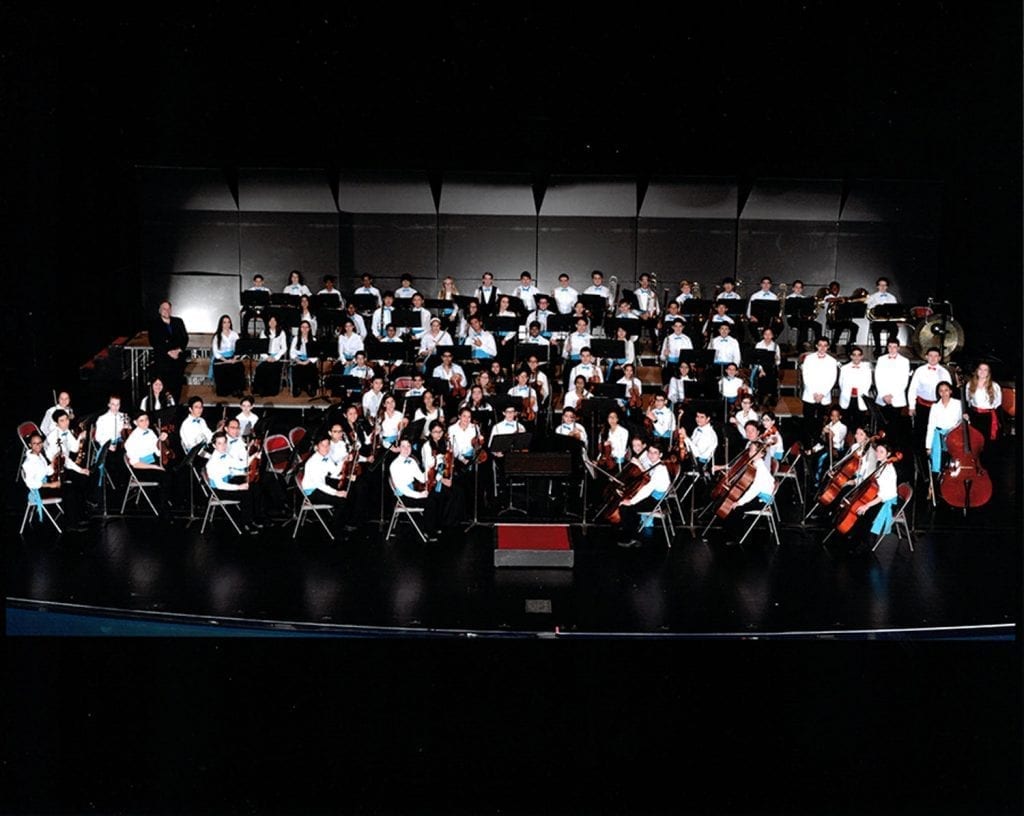 [et_pb_section admin_label=”section”]
[et_pb_row admin_label=”row”]
[et_pb_column type=”4_4″]
[et_pb_text admin_label=”Text”]
“Never underestimate the positive power of music in young people’s lives,” says Myra Weaver, the co-founder and CEO of the Hollywood-based Florida Youth Orchestra (FYO). Myra is a recognized authority on music for young people and the impact it can have.  “FYO is more than music. We build self-confidence and intellectual/behavioral skills using music that empowers children to become productive, successful adults, based on multiple studies that verify its lifelong value.”

“We are really multi-cultural and extremely diverse, with all children being accepting of peers who are of vast backgrounds,” said Dawn Janosik, the Director of FYO’s STEPS program.  Ms. Janosik went on to explain that Students Transformed through Education and Performance Skills provides free after-school music lessons and instruments for nearly 400 at-risk children in 10 Title 1 schools, to Social Service Agencies and a City Community Center in both Broward and Miami-Dade counties.

“These children would not otherwise have access to music training and its many benefits, which include the development of self-esteem, pride, commitment and responsibility – traits that empower them to become successful, productive adults. This program is funded entirely by the Florida Youth Orchestra at no cost to the sites or families.”

There are 425 student musicians ages 5 to 18 from Miami-Dade, Broward and Palm Beach counties, as well as 300 who participate in FYO’s community engagement educational programs. The 23-member faculty consists of South Florida’s most respected music professionals.