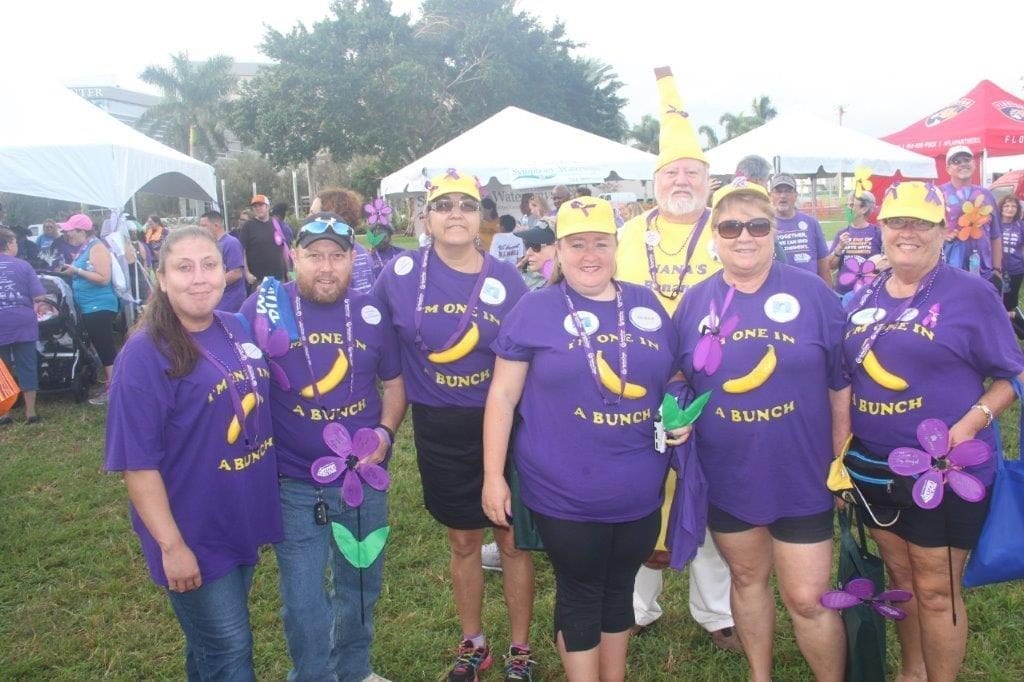 Folks from all walks of life came together at Nova Southeastern University to participate in this year’s annual Walk to End Alzheimer’s on Sat. Oct. 21.  Many who participated in the 3.1 mile walk have lost family members to Alzheimer’s or are caring for someone with the disease.

Karen Harrington, a commissioner for the South Broward Hospital District said, “I want to bring awareness about this disease. It is a difficult journey for family members who must care for those with Alzheimer’s,” she said.

“I want to prevent Alzheimer’s. I encourage people to stay active and keep their brains active,” Hilary Glazer, M.D., a brain health and memory neurologist at the Memorial Neuroscience Institute said.  “I work with people who have Alzheimer’s and we can help them better if we diagnose it early. If they have mild Alzheimer’s we help them deal with it as a chronic condition.”

Glazer is helping the mother of Miriam Soto, who participated in the Walk. She visited with Glazer before going on the walk. “I love being part of this walk and I want to support the effort to end Alzheimer’s,” she said.

Elizabeth Burchers is executive director of the Life Care Center at Inverrary which cares for people with Alzheimer’s. She was proud to participate. Rosemary Monaco walked in support of her father who has Alzheimer’s and is age 91. “He is a World War II veteran and is fighting Alzheimer’s,” she added.

And while the fight against Alzheimer’s is serious issue, those who came could have some fun. Nova Southeastern University and Florida Panthers cheerleaders performed and teams set up tents and picnics after the Walk. People could enjoy hot dogs and bagels with live entertainment. It was an opportunity for family and friends to have some quality time together.