Bobby, the Beach and Nicks… 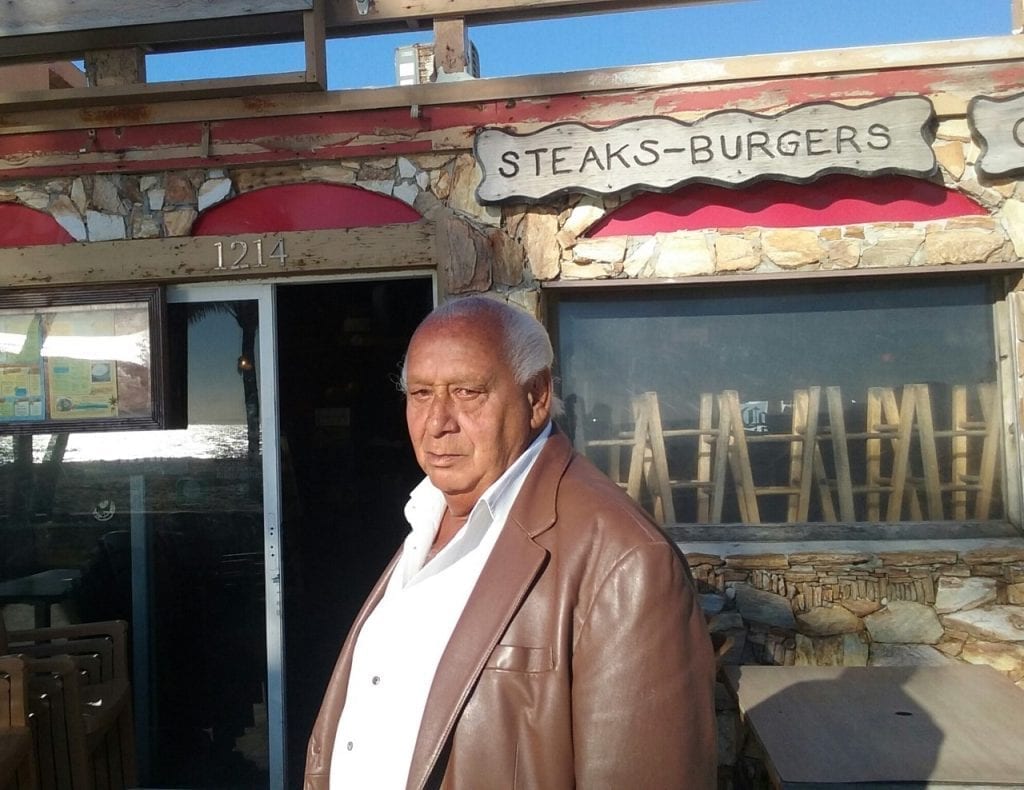 On the first day of the October chill I was seated stool-side at Nicks Bar & Grill on the Broadwalk (Hollywood Beach) with co-owner Bobby Ferro.

I was shoveling down a bowl of Bobby’s homemade Italian Wedding soup; he was seated beside me with a cigar in his hand.

Bobby and his brother Carl moved to Hollywood from Boston in 1980.

“We use to vacation here at the beach. We finally decided to make the move.”

It just so happens that the brother’s took an apartment next-door to Nicks which happened to be owned by Nick Delfino (owner of the restaurant).

“Nick was in the business of buying failing restaurants, turning them around and then flipping them for profit. He offered my brother and me Nicks. We bit. Hey, we’d grown up in the restaurant racket, so we figured why not.”

The establishment changed hands but the name stayed the same…

What Bobby soon found out (after two-years of observing the Hollywood Beach arc) was that Nicks had catered to the Canadian crowd. As a result it was only viable for three months out of the year (when the snowbirds blew south for some winter sunshine).

“I decided to change everything. I canned the live Canadian musical acts, converted the menu from Italian to American (think seafood and steaks) and got a full blown liquor license (previously it had only been beer and wine).”

The business began to grow, nonetheless, at the time; the turnover rate for businesses on the beach was of epidemic proportions.

“There was one space, right next-door to Nicks that changed hands nine times in ten years,” Bobby recalled with a shake of his head.

Bobby both credits and praises the Hollywood CRA for bringing the woe-begotten beach/Broadwalk to its current status as a world-class destination (a year ‘round crush of locals and tourists alike).

Today, Nicks is the “in” spot on the Broadwalk and for good reason. The vibe is old school with a view. And the food—fuhgeddaboudit!

The lobsters and clams are shipped in from Maine. The soups (homemade) are award winning (the clam chowder racks up critical praise annually). The portions are generous—the prices reasonable (especially for the beach where they are so often inflated).

“This is my passion. I’ve spent half my life here at Nicks.”

This writer hopes Bobby sticks it out for another thirty-seven years.