Krakatoa—Indonesian: “A Circus in your Mouth!” 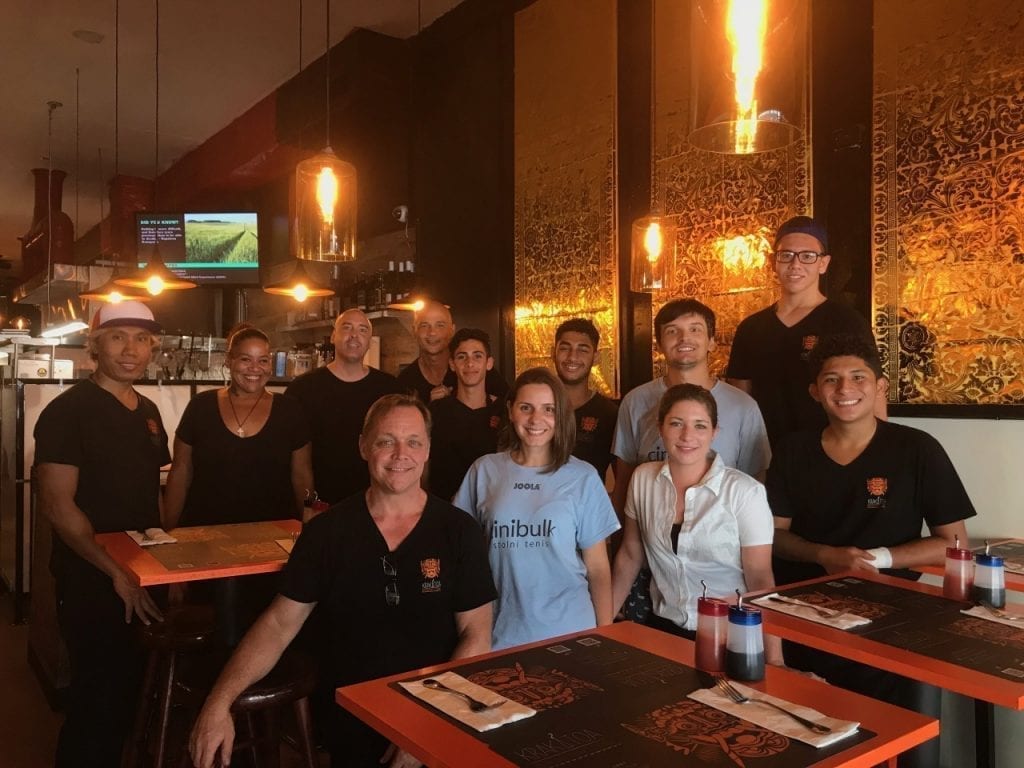 Four-years ago John ventured to Indonesia and that’s where he met his eventual business partner Abe Muis.

“I had arranged my accommodations in advance and Abe was to be one of my hosts. We hit it off. It was like two old friends re-connecting after years apart—kismet.

“Abe was situated in Bali where street food was everywhere. What was so amazing was that each cart had a specialty item—something so scrumptious that people would come just for that particular item. That phenomenon stayed with me…”

And while Abe wasn’t a chef per se, he was a foodie, working at the Almond Villa as a personal concierge. His cooking devotion came from the kitchen of his mother and grandmother.

Abe eventually moved to the States to further his educational aspirations, enrolling in the Kaplan International English College in Miami. Needless to say, John became Abe’s host this time around.

Three and a half years ago the duo opened their signature Krakatoa eatery at Hollywood’s Yellow-Green Farmer’s Market.

“I did plenty of research before we took the plunge,” John says matter-of-factly. “My goal was to find something akin to the Southeast Asian local markets, somewhere inclusive of every aspect of food while combining that much needed social climate.

“I suspect I canvassed no less than 30 markets between South Miami and Palm Beach. When I found the Yellow-Green Farmer’s Market the search ended!”

There is no doubt Yellow-Green is a cornucopia of aesthetics—from food, to crafts and art—the whole shebang.

The menu at Krakatoa is varied, something for everyone, whether vegetarian or carnivore, a palette of color, taste and flavor. As John so poignantly states, “We create a circus in your mouth!”