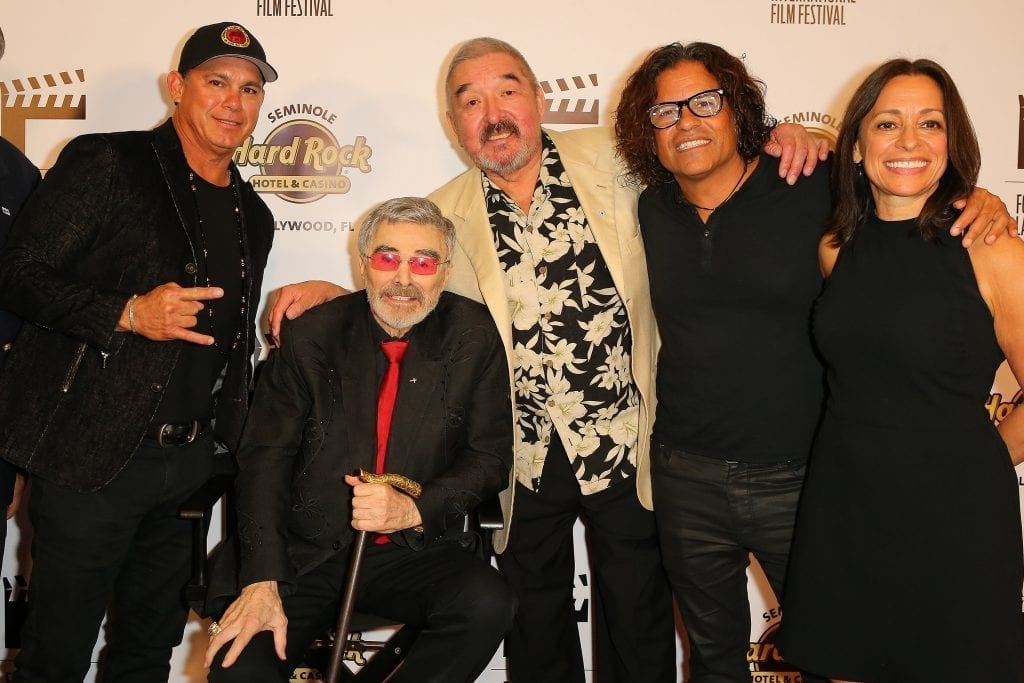 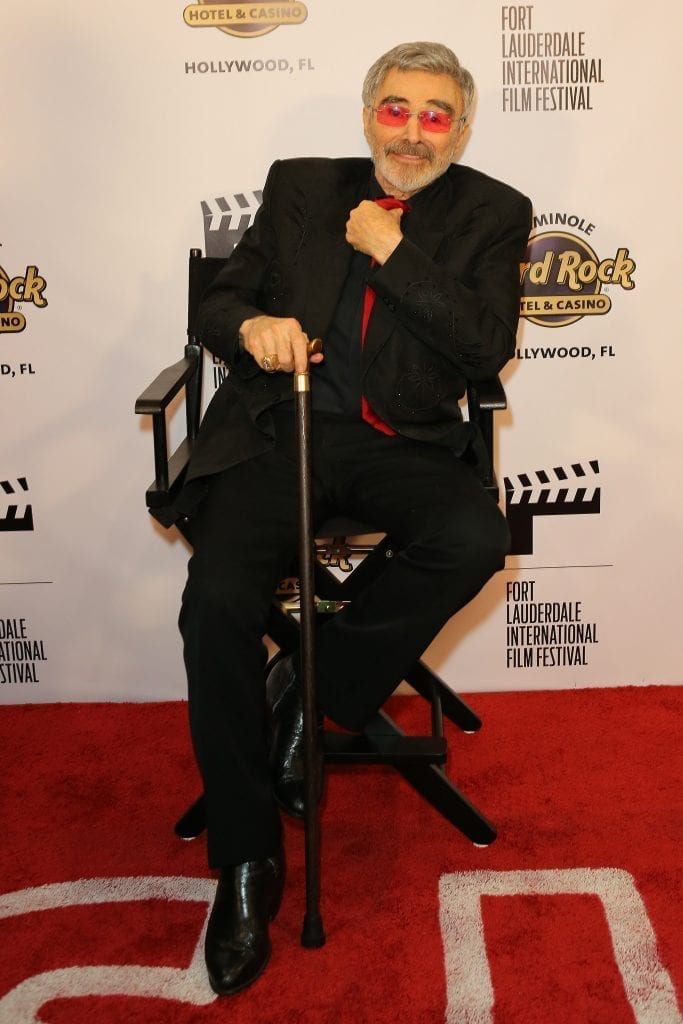 There was not a dry eye in the house , including that of the guest of honor, when the Fort Lauderdale International Film Festival presented film legend Burt Reynolds with his second Lifetime Achievement Award on Friday, November 3rd as part of the Grand Opening Gala of the 32nd edition of the Festival, held in Hollywood at the Seminole Hard Rock Live.

Guests were treated to a pre-screening party with several stars of the film, including Nikki Blonsky of Hairspray fame, and Ariel Winter, who is best know for her work in TV’s Modern Family. Following the film, FLIFF president and CEO Gregory von Hausch, who later presented the award to Reynolds, saying that the First Lifetime Achievement award, given to Reynolds in 1991, did not begin to encompass the vast magnitude of his work.

The film, released in April of this year, chronicles the travels of an aging movie actor as he recalls his golden days of stardom, and is cleverly interspersed with Reynolds and … Reynolds. Following the film, which included a film retrospective of the fictional star, was a real Burt Reynolds retrospective showing even more of the vast library of the actor’s movies.

In the ensuing Q&A with audience members and producer/director/writer Adam Rifkin, Reynolds revealed that he never really understood that he’d be watching his own life story until he saw the fully edited version, and broke down discussing both his successes and mistakes along the way. Afterwards, the stars and guests were treated to an after-party in an adjoining suite, with live music, passed hors d’oeuvres and sweets and coffee.

The festival continues through Sunday, Nov 19 with celebrity guests and premieres of over 160 American Indie and International features, documentaries and short films.