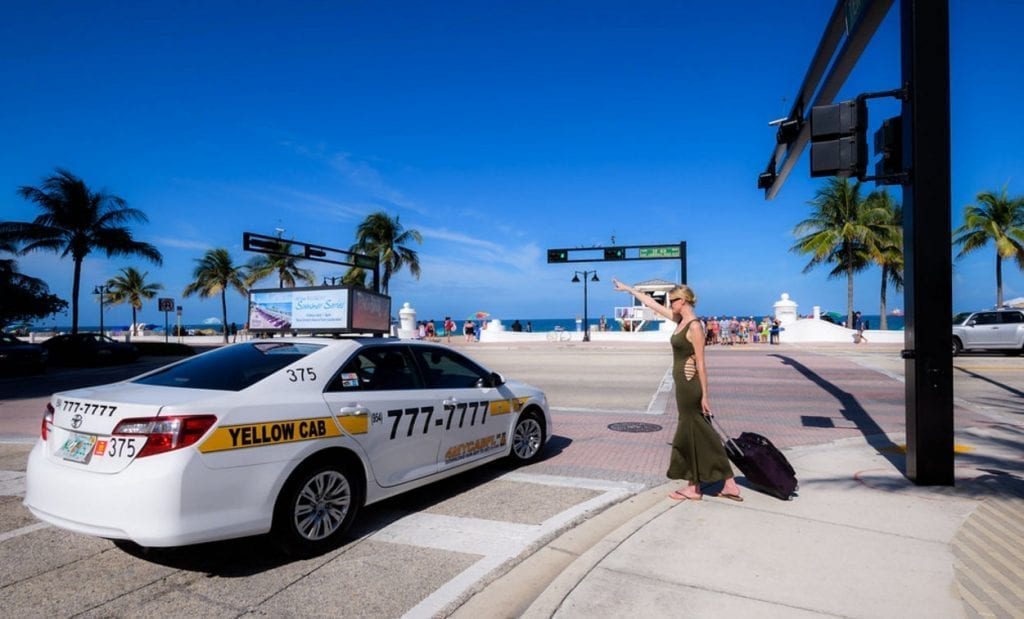 Yellow Cab Broward can add yet another first to its standing as a  leader in the taxicab industry
with the addition of smart devices  that replace traditional taximeters and let passengers know up front what their trip will cost.

Yellow Cab Broward launched its new “No More Meters/Guaranteed Pricing” initiative at the end of August following taximeter deregulation by the state July 1 and subsequent passage of a county ordinance giving cabs the flexibility to use alternative forms of meters and charge rates that are lower than the county-regulated amount.

All 500 Yellow Cabs are now equipped with Android tablets that utilize software developed by the company to determine the shortest route for each trip and calculate the fare before the cab starts moving. 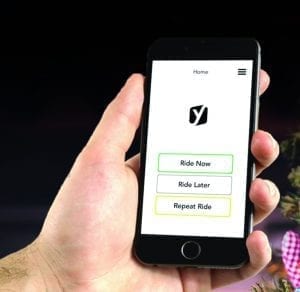 “While most forms of transportation advise the passenger of the cost and require payment prior to the trip, historically taxicab passengers don’t know the cost until the trip is complete,” said John Camillo, Yellow Cab Broward’s president and CEO. “Admittedly, this leads to a certain anxiety among passengers who would watch the fare increase as the trip continued.”

This “meter anxiety” is fueled by concerns over drivers taking a longer route than necessary and time-consuming traffic conditions such as an accident, train crossing or bridge opening. Yellow Cab’s new technology not only lets passengers know their fare up front, but because it utilizes the optimum distance-and-time option, that fare may be less than what it would be with a traditional taximeter.

“Using Google Maps, fares are calculated based on the most direct route and real-time traffic conditions before the trip begins,” Camillo said.

Passengers need only provide their pickup location and destination address, either through the Call Center that’s open 24/7, the Ride Yellow smart phone app, an online fare calculator, or by hailing a cab.

“No other cab company in the United States has this,” Camillo said. “Through technology, Yellow Cab has brought the taxicab industry into the modern era.”

Yellow Cab Broward boasts numerous firsts in the industry, including the first wheelchair accessible vehicle (1967); the first computer-aided dispatch system (1986); the first company to use GPS technology to send the closest car to pick up passengers (2002); and the first in the state to install cameras in cabs (2012).

“We have always been on the cutting edge of the taxi industry,” Camillo said. “And now we’re the first to use smart tablet technology to provide passengers with their fare in advance.”

To arrange for cab service and find out the fare, contact the Call Center at 954-777- 7777, use the online fare calculator and booking feature, or download the Ride Yellow app.