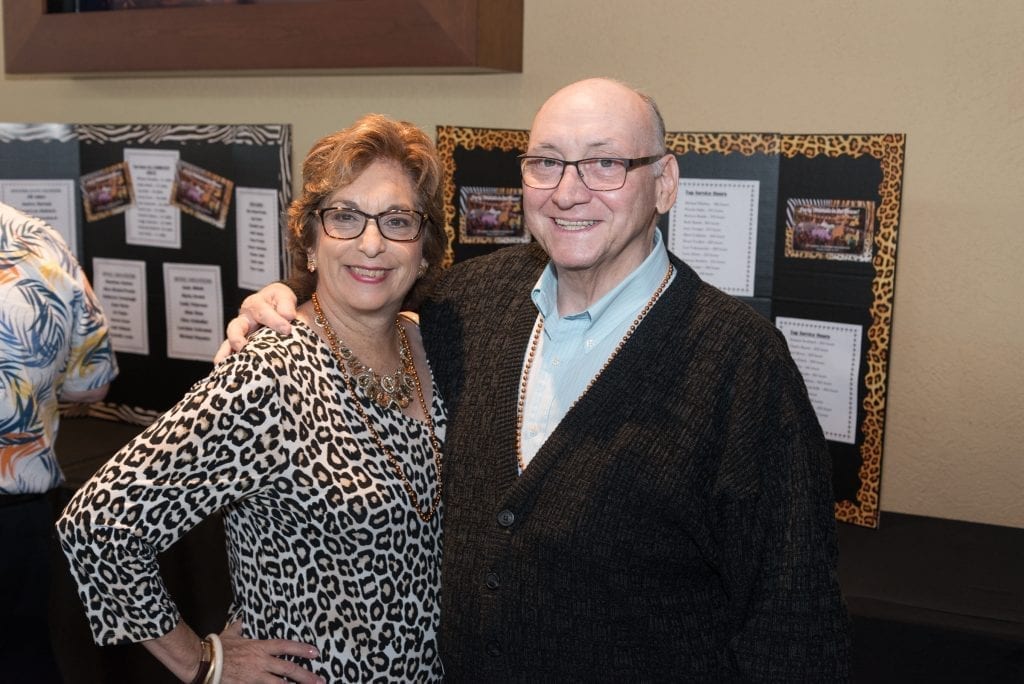 The Broward Center for the Performing Arts recently held its annual volunteer recognition event which paid tribute to the nearly 1,000 volunteers who donated 118,000 hours of community service during the past season to the Broward Center and its affiliate venues.

Fort Lauderdale resident Maria Orsini was recognized as the 2017-18 “Volunteer of the Year” for donating 970 hours during the season, which was the most by any volunteer. The prize package included tickets to Jersey Boys, a dinner gift certificate to Marti’s New River Bistro and gift basket filled with wine, snacks and Broadway show souvenirs.

The Broward Center also recognized 36 volunteers who were applauded for service of 10 years or more, and received their gold bow tie signifying this level of service. Seven volunteers were honored for their 20-year milestone of volunteering.

Volunteers usher and serve as community ambassadors for the Broward Center and its affiliate venues: the Parker Playhouse, the Rose & Alfred Miniaci Performing Arts Center at Nova Southeastern University and the Aventura Arts & Cultural Center. Volunteers commit to a regular weekly shift (choosing a regular evening or matinee) for the full season. The Broward Center volunteer ushers are a dynamic mix of theater-lovers, from retired seniors and baby boomers to high school students, many of whom earn community service hours and volunteer alongside a parent or grandparent.

Volunteers are eligible to begin ushering performances upon completion of a three-hour orientation session that includes a tour of the Broward Center and an introduction to ushering. For more information, contact the volunteer office at 954.468.2684 or e-mail volunteer@browardcenter.org.

The Broward Center for the Performing Arts is located in the Riverwalk Arts & Entertainment District at 201 SW Fifth Avenue in Fort Lauderdale.