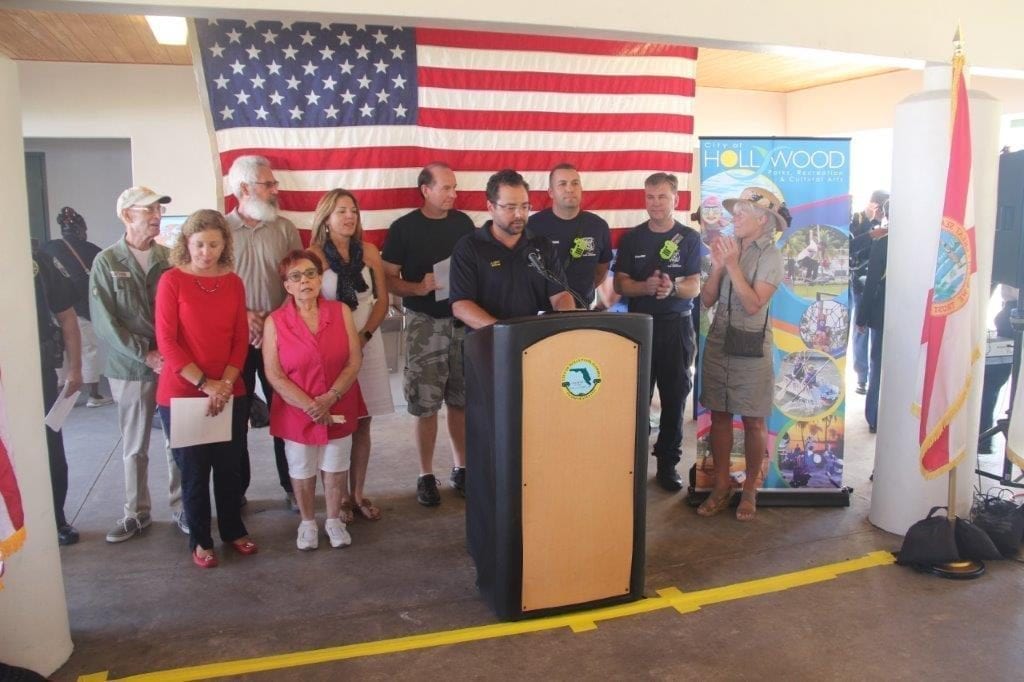 Among the many events and celebrations honoring our military veterans this past Veterans Day was a barbecue lunch at TY Park hosted by the city of Hollywood.   Members of the Hollywood Commission and U.S. Representative Debbie Wasserman Schultz participated in the event.

Mayor Josh Levy spoke, stressing the importance of remembering and honoring military veterans for their service and sacrifice. “Because of their service we can enjoy a day like today,” he said.

Added Commissioner Peter Hernandez, “We need to honor the people who sacrificed and fought for our freedoms.”

Wasserman Schultz believes people should honor those who served in the military. “We set aside a day to remember the sacrifices the veterans have made for us. We owe a debt to them,” she said.

Veterans from various wars and conflicts, starting from World War II and going right through to Afghanistan and Iraq, were asked to stand and be recognized. There were a number of senior vets from World War II present at the event.

Among the attendees enjoying the festivities were Kevin Williams, who retired from the U.S. Army in 2014 after serving 27 years, who said he was pleased to see veterans getting together.

“This is a great way for veterans to get to know each other and to network,” he said.  “They can help each other get jobs. I want veterans to know about the benefits that are available to them,”

Other guests included Thomas Moran, who served in the U.S. Army in the Vietnam War, and Irne Baron, a U.S. Navy vet who served during World War II.

Members of the McArthur High School Army JROTC served as the color guard.  Veterans of various ages,  along with their families, shared war stories and had a beautiful BBQ lunch, while enjoying the opportunity to meet new people and get to know each other.