McArthur High Debate Team Excelling in Competitions at all Levels 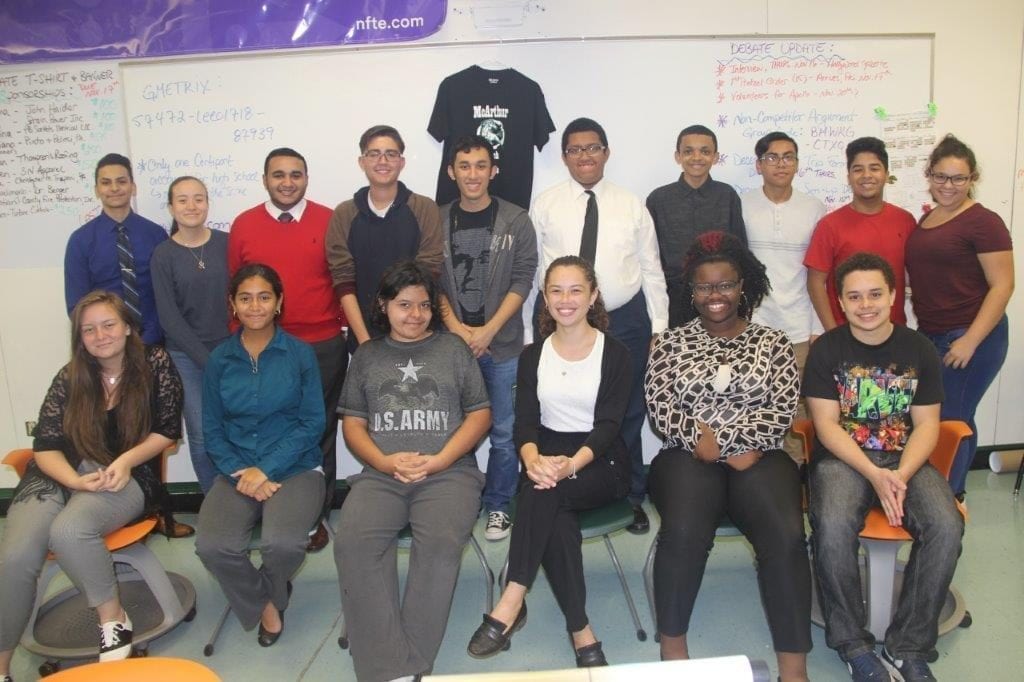 The McArthur High School Debate Team is doing very well in local, state and national competitions, perhaps a direct result of a Broward County Public Schools initiative, strongly supported by Schools Superintendent Robert Runcie, to have competitive speech and debate programs in as many Broward schools as possible.

The students in the McArthur High School speech and debate program have consistently achieved success in the past four years. They have won six state qualifiers, two state championships, and nine national qualifiers.  The team is currently ranked 20th in Florida and won the Democracy in Action Legislative Competition in October.

Students such as Natalie Almonte say they enjoy being a part of the McArthur Speech and Debate team. “I like the competitions,” said Natalie, adding that she’s glad to put in the research work to be competitive.  She recently debated on military spending and gun control.

Michaelangelo Hamilton, a senior, also enjoys being on the team. “I was part of the congressional debate. I like to debate with others and collaborate with others. I enjoyed debating on gun control,” he noted.

Student Luchiano Perez added that he appreciates the opportunity to meet new friends at McArthur and at other schools and to network with other students.

In a related story, a group of educators, community leaders and debate coaches held a luncheon at the Broward Center for the Performing Arts to raise money for the Broward County Public Schools Debate Initiative. The beneficiaries of the event were lower income students who want to attend state and national debate tournaments.

Janell McLeod, who coaches speech and debate at McNicol Middle School,  was pleased to be a part of the event.  “It’s awesome to see that school district leaders are supporting debate in the schools,” she said.

Former U.S. Senator George LeMieux made a presentation at the event, and praised the efforts to promote debate in all the schools. “Debate teaches self-confidence and it also teaches students how to listen. Debate teaches important critical thinking skills and helps students become more successful,” he said.

During the luncheon, some of the top debate students in Broward County performed. Broward County schools continue to make debate programs a significant priority in most of the district’s elementary, middle and high schools.

Sarah Beauchamp, the McArthur speech and debate coach, is excited about the program and the opportunities it offers students. “Students in debate learn skills that will help them in college and in their careers,” she said.

She believes the team will continue to improve and that more students will earn recognition in state and national competitions.