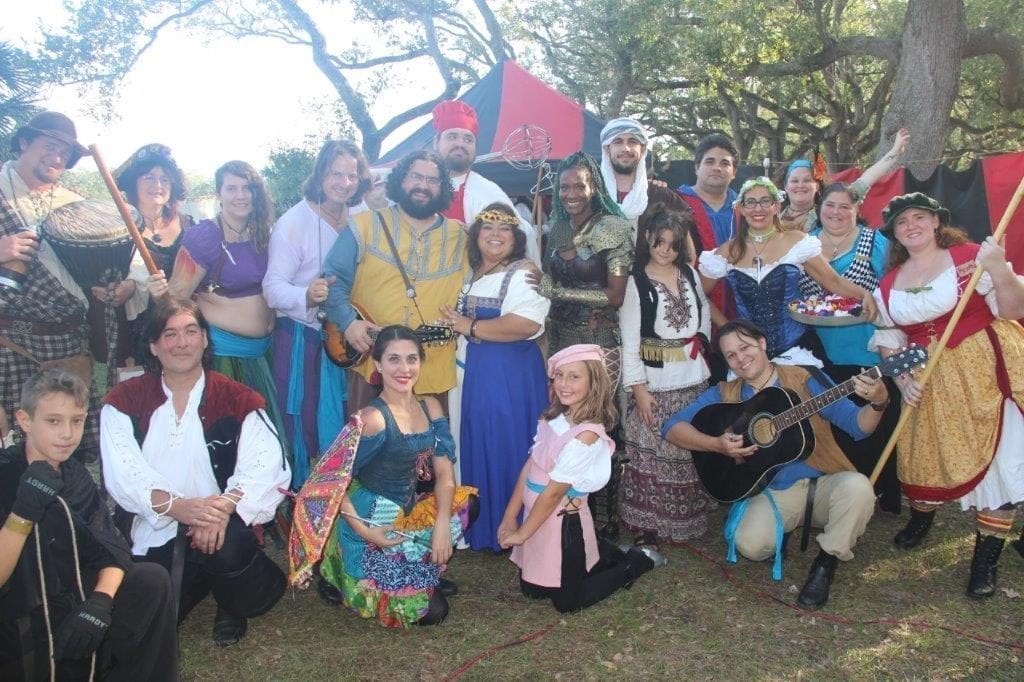 The European old world came to life during Camelot Days, held this year over two weekends in November at TY Park.  The festival featured tons of fun entertainment including music, comedy shows,  staged combat and actual medieval-style fighting. There were encampments where visitors could get history lessons in a fun and authentic atmosphere. And attendees could eat like people ate back then, enjoying turkey legs and other old-time treats.

The Royal Chessmen, an acting troupe which portrays the life of another time through character interaction, staged combat, and living chess games, provided entertainment via staged combat shows.   One of the shows featured a conflict between artisans who wanted to do business and artists who wanted to put on an art show.  The characters fought it out in mock combat with humorous dialogue.

“I like to act and I like the swordplay,” added Elisa Persson, another member of the troupe, who says she loves being a part of the Royal Chessmen.”We have a lot of fun.”

Those who wanted to see some real fighting could watch the History of Chivalry, an organization that recreates the Medieval and Renaissance time periods by participating in combat — full armored and beginner  — as well as archery, arts and political discussion.  Members dress in full Renaissance era armor and have fights to the draw.  These are more competitive fights and the members participate in extensive training.

“We are good friends but we do fight hard,”  said Kevin Siegelbaum, a member who was the announcer during the combats. He encouraged people to cheer on the fighters. “It takes a lot of training and stamina to do well,” he added.

Attendees could learn some real history at Camelot Days.  The Paladin Society, a group from South Plantation High School, set up a realistic encampment, with students playing characters from the era.  Said Nick Duarte, the club’s advisor, the student actors discussed what life was like in old Europe.

There was also an encampment showing how the Vikings lived and worked.  While Vikings had a reputation for raiding, in reality they were mostly traders, according to Hugo Hidalgo, who was running the Viking encampment.

Throughout the festival was a fun and realistic old-world atmosphere filled with characters from many eras and places.   Tim Fraley played medieval era pope and dressed the part. Art Hernandez played the role of a pirate, Captain Blood. Many people were dressed in various medieval era costumes. Young women dressed as fairies abounded.

Families spent time together watching the shows and sharing meals together. Most of the characters were happy to talk with people between performances.  The costumes were spectacular, and a lot of the people attending the event were dressed in costumes as well.

For more information, the Camelot Days Medieval Festival, as well as many of the groups that performed there, have pages on Facebook.   It’s also possible to catch a glimpse of the The Royal Chessmen at practice on any Sunday afternoon at TY Park.