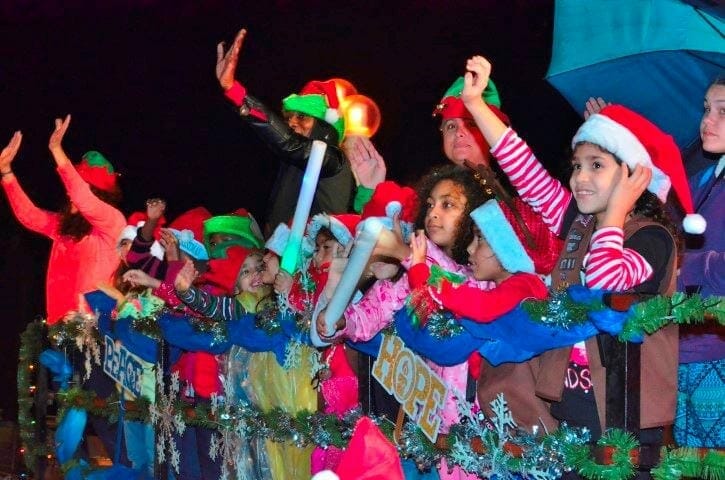 The Candy Cane Parade on Hollywood Beach is one of the longest running holiday parades in the country. It was started back in the mid-1950’s by a group of Hollywood merchants as a way to draw patrons to their shops and businesses. Today it features dozens of lighted floats and vehicles with parade participants tossing out candy canes and starlight mints all along the parade route to the thousands of spectators who line the Broadwalk.

Among the organizations which will be marching in the parade are the newly formed Hollywood chapter of the Lions Club International, and The Surfrider Foundation Broward County Chapter.  To raise awareness of the impact of plastic pollution on the ocean, local beaches, and waterways. The Surfriders float will be decorated entirely in marine debris collected at beach cleanups on Hollywood Beach over the last 2 months.

The float will display over 1000 pieces of plastic trash that have been re-purposed into a festive gingerbread house, surfer, and marine life. Accompanying the float, Surfrider volunteers will wear tutus created from single-use plastic bags.

“I’m very excited to find a fun and creative way to raise awareness of the impact plastic pollution has on our ocean and local beaches,” said Cat Uden, Chapter Chair.  “We hope that seeing all the garbage that we’ve pulled off of Hollywood Beach will help motivate people to rethink their single-use plastic consumption.”