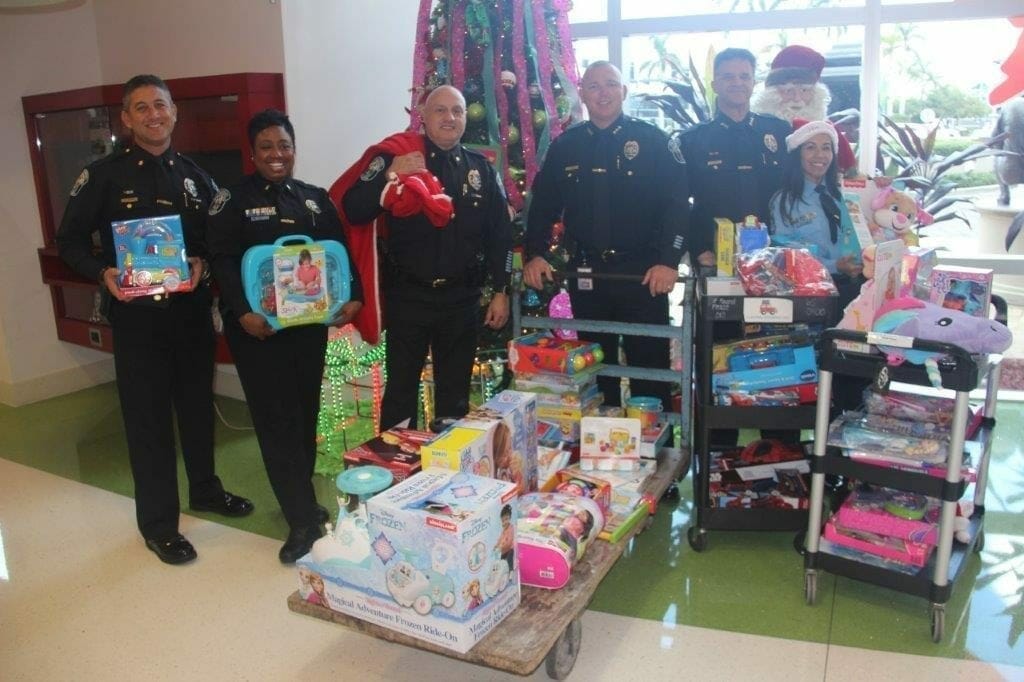 In between fighting off the bad guys and rescuing stranded animals, a group of Hollywood Police officers visited children at Joe DiMaggio Children’s Hospital in a special pre-Christmas present-delivering visit.  Most of the kids at JoeD are facing difficult medical conditions and the officers offered them words of encouragement along with lots of toys, which were donated by members of the community and local businesses.

Lt. Selina Hightower participated in the event. “I’m so happy to put a smile on a child’s face,” she beamed.  “It’s all about giving back to the community.”

“It’s never pleasant to be in the hospital, and especially during the Christmas holidays,” said Assistant Police Chief Thomas Demmery.  “I like this event because I can help a child.”

One of the children the officers visited was Zoe Pavon, who is fighting cancer.  Rosa Pavon, Zoe’s mother, was  quite pleased  that the officers came to see her child.  Kiara Pelicot, mother of patient Noraida Plana, also gave thanks.  Other kids and their parents were equally excited to open their gifts and spend some time with Hollywood’s helpful men in blue.