Rob Emerson: Helping People in The Present Look into Past Lives 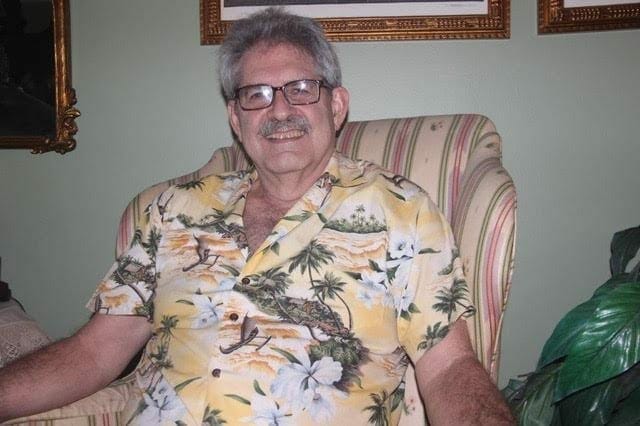 As a writer and storyteller, there’s not a whole lot I haven’t heard before.

Vietnam veterans, check. Witches in Salem, tragic. Hypnotists and past life regressions, there’s nothing new under the sun. We just haven’t heard a story where all of these themes all converge.

It’s fair to say that Emerson’s story is not so much the telling of a person unknown to us, but how the revealing of experiences in an unknown time and place can facilitate breakthroughs in the present.

“I actually had an ancestor that was tried for witchcraft, but I don’t think she was burned at the stake” laughed Emerson, Hollywood hypnotist  “My sister found out when she was researching our ancestry.”

I wondered if he can use his expertise of hypnosis for past life regression to find out, but according to Emerson, that’s just not how it works.  “Using past life regressions allows one to access the deepest levels of their subconscious to help overcome obstacles including severe pain and debilitating fears,” explains Emerson.

“Most people start in hypnosis with the physical,” said Emerson, “like to stop smoking or overeating. I start from the spiritual side, try to find out what may have happened in a past life that causes them to smoke or eat, and heal that so that they can progress in this life.”

Like most interesting tales, Rob’s started back in the late ‘70s, when he first became interested in, indeed even aware of, hypnosis, past life regressions and how they could be used as tools for present-day life.

A Vietnam veteran, wounded in battle and on a government pension, the affable Emerson purchased and refitted a 59-passenger school bus to live out of while touring rock festivals around the country. After a few years, he realized “that the people around me were getting younger and younger, meaning I was getting too old for this!”

So he returned to Salem, sold the school bus and started a successful leather splitting and perforating business. One evening, in a local watering hole, Emerson ran into an old friend who had also been traveling the country seeking to find himself.

In his wanderings, the friend had met a man named Ross Peterson, a disciple of psychic Edgar Cayce. Peterson, like his mentor, was said to have the ability to channel spirits.

“Me, being me,” recalled Emerson, “I didn’t believe in any of this past life stuff.  But the next day, I thought, I should be fair and at least listen to what he had to say and give him a chance.  So I called him up and said, ‘OK, show me.’ And he regressed me into a previous life.

“Well, it blew my mind,” he continued.  “I’m always interested in what’s next.  And the mind is a new area to explore.  We are never trained to deal with it. We learn math, we learn science, but we are never taught to ‘know thyself.’”

In that regression, he recalled very clear and specific things.  He saw himself in ancient New Guinea (where he’s never been in this life) heavily armed and in a sailing ship, and then on a dirt road, feeling more powerful than ever before, with a knowledge of complete domination greater than ever, even in his days in the military.  He then saw a woman, and he felt pain for her, the pain of loss, which, upon his return to the present, he felt weigh upon himself heavily for a good three days.

“That was what convinced me,” he said.  “It hit me in the heart.  And once you feel that, no one can take it away from you.”

So his friend showed him how to regress people — “it’s easy,” he said — and he started going out and telling people about his experience and offering to do it for others.

“I started to do it for people.  It’s really very simple,” he said.  “I can do hundreds of people at a time!” Soon, Emerson began expanding his craft, take classes and seminars in hypnosis, regressions and more.

In his studies, he also learned how to help people by analyzing their dreams and how to heal by laying hands, and has had amazing successes with that as well.

He is quick to explain that he does not want to force his beliefs on anyone.  He believes in what he does and he knows he’s helped many people.

“What do I know?” He asked.  “ Sometimes it works. I don’t know how.  I don’t have the answers. I just know how to ask the questions. The subconscious mind knows what’s going on, and the more in touch you are with that, the better off you will be. It touches their hearts. It’s real.“

The process of hypnosis itself is simple.  A recent subject explained, “He had me lie on a couch in a semi-darkened room and counted backward from 50 to zero. He asked me to imagine I was walking down a spiral staircase. Then he asked me to imagine walking even further down on another staircase and guided me as I imagined I was on a boat in a river and then arriving on the other side. This put me in a very relaxed state.”

After that, he said, he had visions of a rural atmosphere, feelings of being in ancient times and in a military setting.  That’s as far as he got.

He’d never lived in the country and had never been in the military.  He looks forward to his next foray into his past.

Once the subject is in a very relaxed or hypnotic state, Emerson begins to perform his “magic,” although he says it’s not magic at all, some of his success tales tell a different story.

He tells me about a man with a fear of sirens, who he regressed into a life where he died in a fire. And a woman in her 80s who had always had difficulty breathing when she saw spiders. In her regression, she saw a life where she had been imprisoned in a dungeon. As a result of the regression, her breathing improved. He said he helped cure a man of a lifelong stuttering problem in 10 minutes and has helped countless people overcome bad habits like smoking and overeating.

“At this point, I started looking at it from a more physical side, like how could I take this which was helping people spiritually and help people physically?” he mused. “So I started using this deep meditative state because I could help people stop smoking and lose weight,” Is this a gift?  Or can anyone do these things?

“I think anyone could do it. The gift you must have is the desire to help other people,” he believes. “The subconscious mind is in charge. It knows what it’s doing. It draws you to things.  And so you grow.”

“People come to me with issues they are feeling today. It’s not just about knowing who you were in a previous life. Everything is about cause and effect. The fears and problems you are having today are rooted in the past, something you forgot. Once you see that, and you realize through today’s adult eyes, what it was and where it came from, there’s usually no reason to be afraid today. It can go away.”

Flash forward to the present.

Emerson, like many of us, packed up and sold his business and headed south to the warmer climes and easier lifestyle of South Florida. After years of practicing his craft for free, he’s in the process of setting up shop as a board certified hypnotist at the American Legion Hollywood Post 92 on Dixie in Hollywood.

A soon-to-be new member of the Hollywood Chamber of Commerce (his wife, Cynthia, works in Member Relations at the Chamber), he will continue to work with all veterans free of charge.

“If I can help anyone, especially vets with PTSD, I’m happy to do it, because again, I don’t have the answers, but I know the questions. The answers lie within the mind of the person I’m working with.”

“The possibility of what this can do covers such a large area,” continued the hypnotist.  “Basically, people are running around depending on their conscious mind to make their decisions and it’s the reason so many people end up not where they want to be. So you have to find out why, why are you thinking this way? To help people have a better understanding of themselves, that’s the whole thing. And the more you have a better understanding of yourself, the happier you’re going to be.”

David Volz contributed to this story.