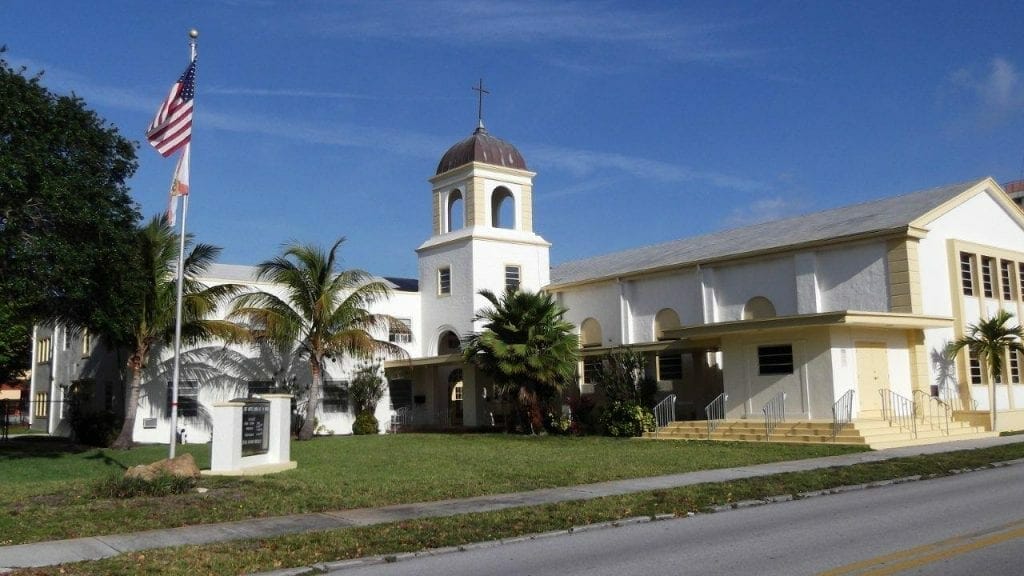 First Baptist Church of Hollywood has come a long way since its founding in a schoolhouse in 1926.  On January 28, many long-time members of the Church came together to celebrate the congregation’s 92nd anniversary.   Many of those who came grew up in the church and had scores of wonderful memories.

“I was baptized here in 1947,” said Jo Ann Cremata.  “That was very important to me. I love being a part of this church.”

The congregation is a member of the Southern Baptist Convention. When It began there were about 50 members.  It eventually grew to about 300.  Jean Ducanis, age 92, was born in Pennsylvania and joined First Baptist in 1948. “I love this congregation.  I like how this church is so loving. My children went to this church. This church started other congregations in the area,” she said.

First Baptist Church of Hollywood began meeting at a nearby school in 1926 and soon built a church. At the time, Federal Highway was a small road and there was little human activity west of it.  Eventually, church members saw the potential of western Hollywood and Broward County. Members worked to start six additional Baptist churches in the area. Those congregations developed an additional 50 churches. Some have grown, others have merged with other churches; some did not make it.

Marc Farner is a deacon and a member since 2004. “We have a very vibrant congregation and it is getting bigger. We are a family. My wife Nancy was baptized here,” he said.

Larry Ingraham, a deacon said, “We are a Bible-believing church. We are here to serve the community,” he said.