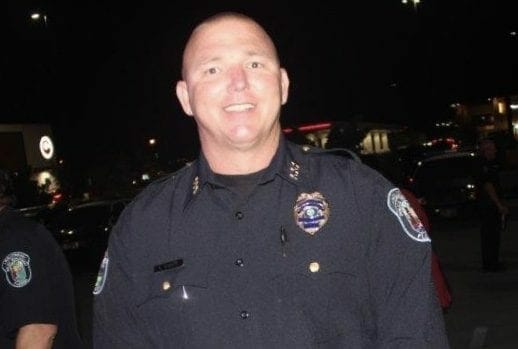 O’Brien had been serving as the Interim Police Chief since former Police Chief Tomas Sanchez retired in early February. He has served as acting Police Chief over the past several years. “I was pleased to announce my appointment of Chris O’Brien to the position of Chief of Police of the Hollywood Police Department,”  said Dr. Ishmael. “Chris has been serving as the department’s Interim Chief and his exceptional leadership and stellar performance made him the finest choice for this important position. Through Chris’ leadership, I have no doubt the department will continue to serve the citizens of Hollywood with distinction.”

O’Brien began his career with the Hollywood Police Department in 1998 and quickly rose through the ranks to Major. A Hollywood native, the new chief of police is a graduate of Hollywood Hills High School and holds a Bachelor of Science Degree in Criminal Justice Management and Administration from Union Institute and University.

Upon completion of a twelve-week Southern Police Institute’s Administrative Officers Course in 2012, O’Brien received the Director’s Award for Academic Excellence for graduating with the highest GPA. In addition, he is a graduate of Police Executive Research Forum’s Senior Management Institute for Police 59th session.

In 2014, O’Brien held dual responsibilities as Acting Assistant Chief of Operational Bureau and in 2015 was promoted to Assistant Chief of Police. O’Brien has served with distinction having been awarded “Officer of the Month” and has earned several Community Involvement awards, the Chief’s Supervisory Leadership Award and Departmental Commendations and Letters of Appreciation.

In addition to his character, professional and academic qualification, O’Brien takes an active role in the community by serving as the Executive Director of the Hollywood Police Athletic League and is participating in the Greater Hollywood Chamber of Commerce Leadership Hollywood Class 42.

As chief, O’Brien’s main goals for the department are to improve public safety, including in Hollywood schools, leveraging limited funding to better equip and train the department and employee morale.

Chief O’Brien has been happily married for nearly 20 years to his wife Nicole and together they have a teenage daughter named Lexi. Chief O’Brien enjoys spending his limited free time with his family and boating.

You can read more news from Hollywood Gazette at this link.