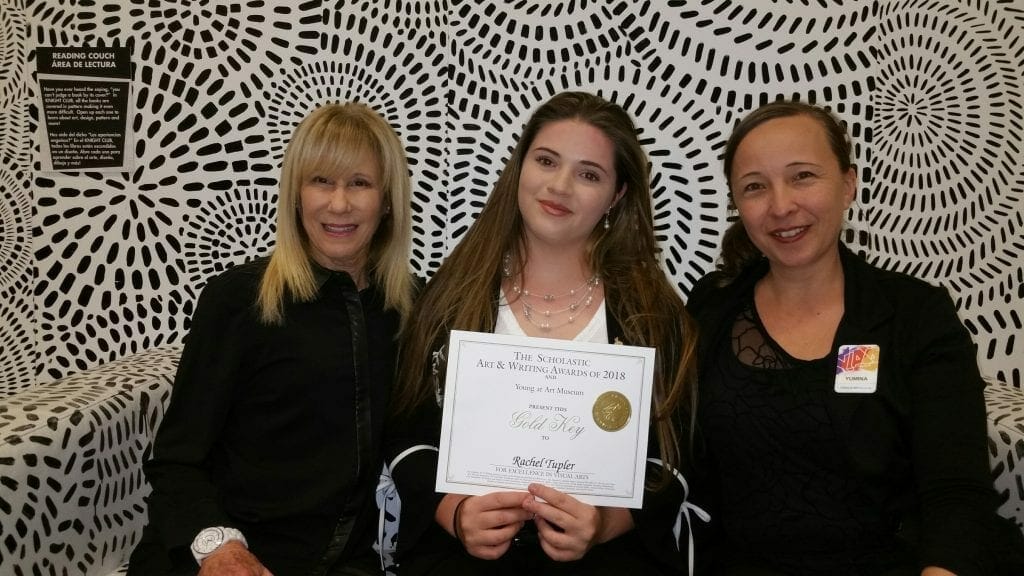 Rachel Tupler won the Scholastic Art and Writing Competition Gold Key Award for the Civic Responsibilities Category. She was recently recognized at the Young at Art Museum for her work which was an essay entitled “Shelter from the Storm.” She wrote on how a community can come together after a disaster like Hurricane Irma.

Tupler was very honored to win first place in the competition and proud of her work. “Shelter from the Storm” embodies the true meaning of coming together as a community after a natural disaster such as the one that South Florida experienced a few months ago,” said Tupler, age 16, a Hollywood resident. “My community truly stood as one as we recovered from Hurricane Irma. We didn’t only have to protect and take care of ourselves and our families but also helped those less fortunate across the state. My piece symbolizes the activity of knitting blankets, piece by piece. A small knitted square may seem inconsequential when it comes to helping so many thousands of displaced people, but if everyone knits just one square if a community comes together and helps in any way, no matter how small, a whole blanket will be created, making a significant impact on giving back.”

This year’s Regional Scholastic Art & Writing Awards were hosted by Young at Art Museum on Friday, February 16th, 2018.  The students’ work will remain on display at the Museum until March 10th, 2016.