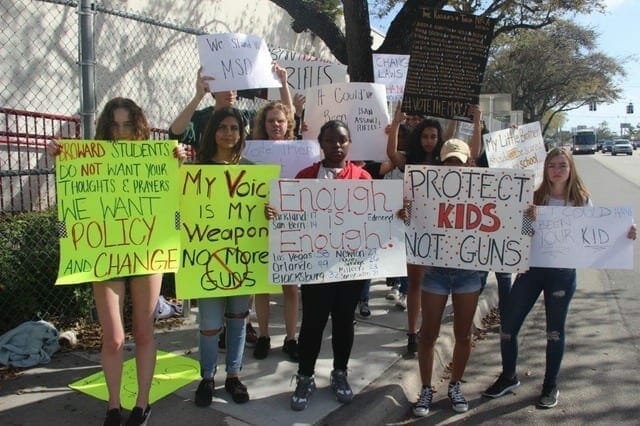 In the wake of the recent mass shooting at Marjory Stoneman Douglas High School, students are demanding change.

School administrators have encouraged their students to vent their feelings and to demonstrate against gun violence and some students have held demonstrations of their own outside of schools.

Rachel Donly, a student at South Broward High School was demonstrating outside the school along Federal Highway. She was angry about the unwillingness of Florida legislators to do something about gun violence. “We are here to protest. The Florida House refused to hear a bill banning automatic weapons.”

L’ Tavia Holmes, a student at Sheridan Technical College said, “We are students and we should be focusing on school work and proms. We need gun control now.”

Veronika Liskova, a student at South Broward High School said, “These gun attacks have happened too many times. This will happen again unless something is done,” she said. 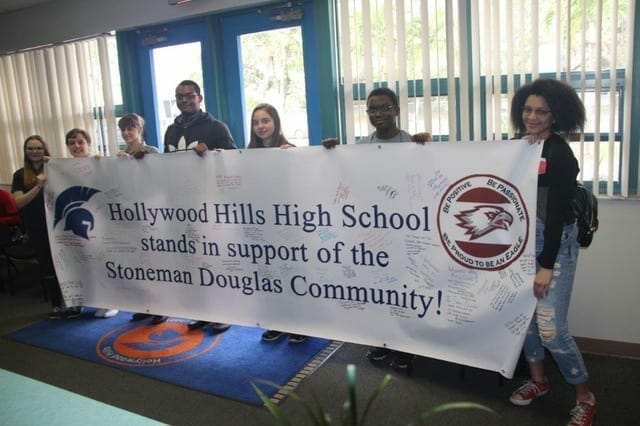 “This is really tragic. I wanted the students to be able to have an orderly demonstration. The students are full of ideas and they say the time for change is now,” she said.

Dametre Williams, also a student leader said, “This hits my heart. We want to see meaningful change to prevent this from happening again.”

Many of the young people in the schools believe it is time for changes in gun laws and stronger background checks so that people with mental illness can’t gain access to guns. 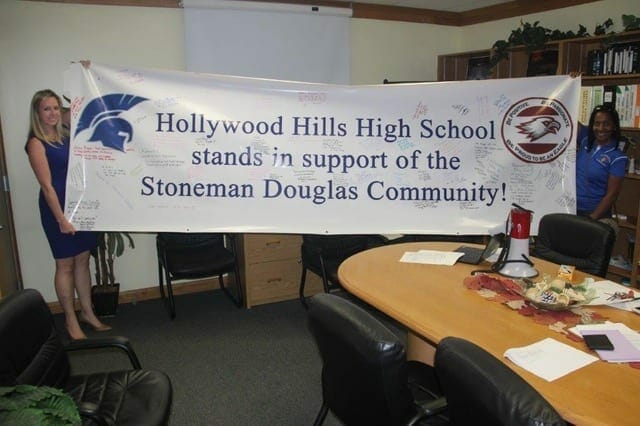