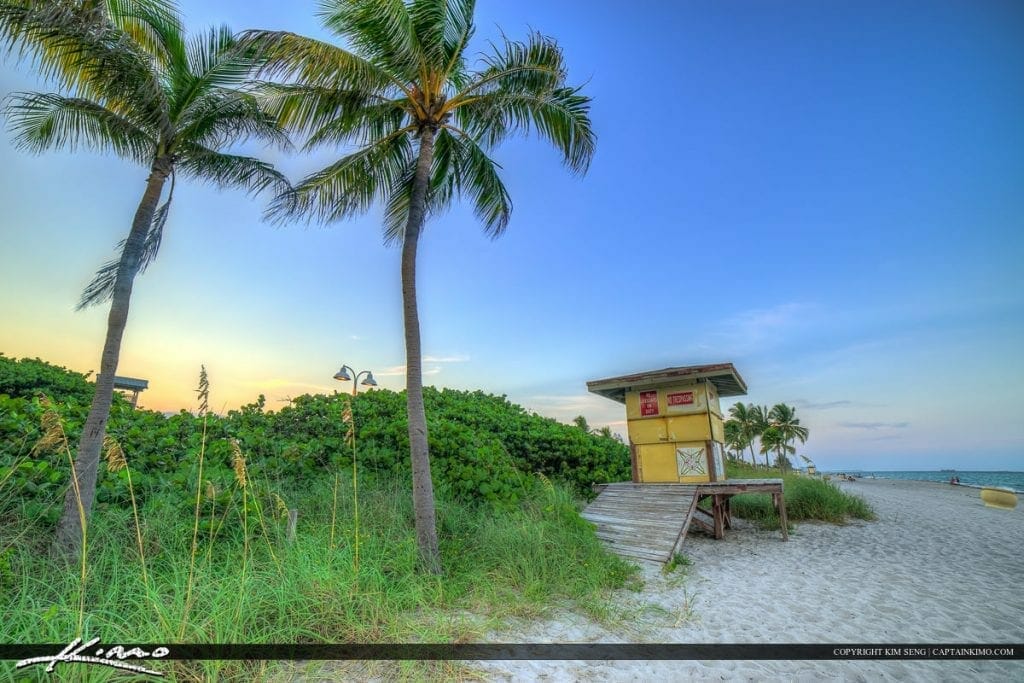 At its General Obligation Bond (GOB) City Commission Workshop held on March 21, and following a survey and extensive community meetings, the City Commission has come to a consensus to move forward with pursuing a GOB at the Nov. 2018 election.

Team members are now working to finalize the list of projects that will be paid for with bond funds, project cost estimates, and ballot language. They also will continue to meet with the community and are crafting the educational materials that will be distributed to the public while community outreach continues, according to Joann Hussey, Public Information Manager for the City of Hollywood.

It is anticipated that the three bond ballot options voters would see in November will be:

City staff, aka “the GOB Team,” has been working long hours, nights and weekends to meet with residents and gather information and hard costs for the current project list for the GOB. They met with more than 400 residents and business owners at 19 Neighborhood, Civic and Business Association gatherings during January, February & March to discuss the GO Bond.

Most of the people polled did not support having a new city hall or major improvements at Orangebrook Golf and Country Club included in the bond. A new city hall will not be included in the general obligation bond. However, additional public opinion surveys will be conducted, along with a title search of the property, and the city will continue to entertain any P3 proposals.

A new Police headquarters is still on the list of the general obligation bond. Police officials and city commissioners are in agreement that the current police headquarters building is outdated and needs to be replaced. Up for discussion is also the option of moving the police headquarters, opening up that valuable Hollywood Blvd. real estate to new development, and finding a new location for the police to call home.

While many people supported the idea of the GOB paying an approximate $25 million for improvements to the Orangebrook Golf Club property, the resounding answer from the polls was no, according to Hussey.  The polls found that voters are looking for value. Most voters support infrastructure improvements, things they can see improving quality of life. This could include control of sea level rise, street paving, fire equipment, alleys, and parks.

Hollywood city personnel have identified a number of critical improvements that need to be made to update the infrastructure.  For example, a number of neighborhoods have septic tanks rather than sewers. There is a need to make improvements to all the city’s parks and a need to resurface roads and install new sidewalks.

There are requests for improvements at the city’s parks.  The bond would pay for improvement at 14 neighborhood and community parks.  Most residents polled were in agreement with this project.

Members of the Commission have expressed support for the bond. Most agreed that replacing Police Headquarters should be a priority, and conceded that some people are disappointed that Orangebrook did not make it to the bond list.

“The survey gave us input from residents about what items they want to see on the bond. The voters will make it or break it,” said Vice Mayor Debra Case. “I want to impress on the voters there will still be more discussion on the details of the bond and how the money will be spent.”

Commissioner Peter Hernandez believes that the Bond is sorely needed, along with both a new police station and improvements at Orangebrook. Thinking “out of the box,” he’d said he’d like to see the city open a small hotel where the Orangebrook clubhouse is now located and another at Pembroke Road and I-95.  “We have critical needs and we are asking the residents to tax themselves,” he said.

City staff is likely to begin working to generate more support for the bond and is seeking available resources for a strong communications campaign.

Following is the timeline for the GOB Project: 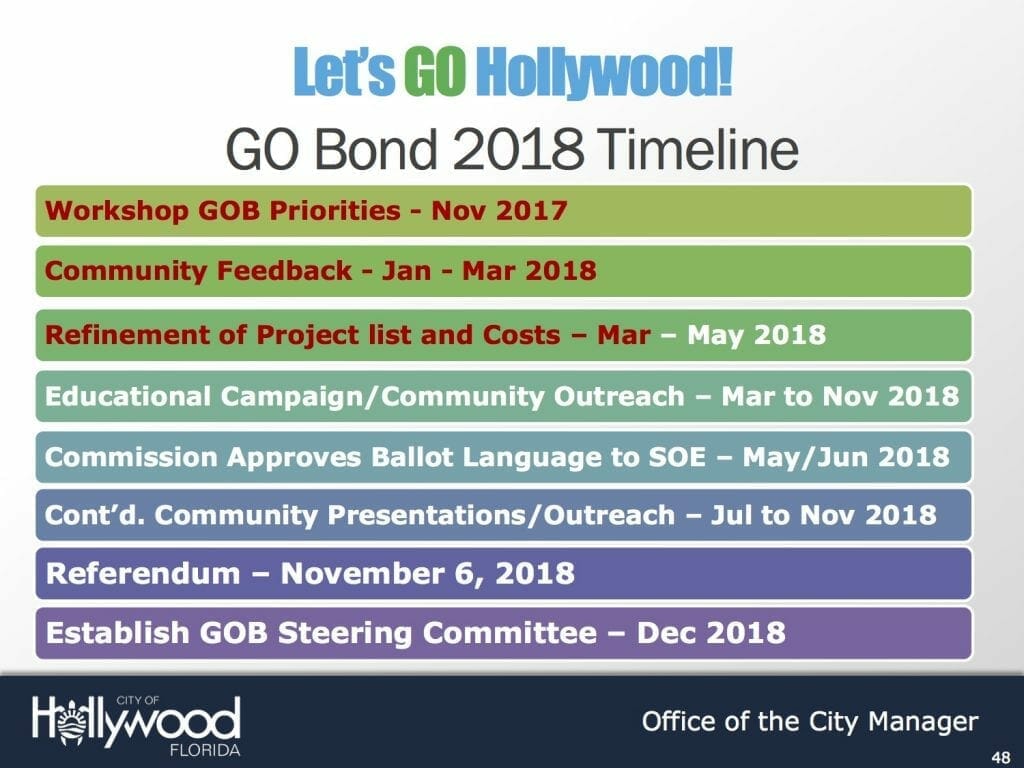 The list of individuals involved is extensive, with multiple disciplines from across several City departments. City consultants Stan Adkins of Adkins & Associates, and Dr. Jim Kitchens from The Kitchens Group, LLC, have also been collaborators on the survey and were a part of the General Obligation Bond workshop.

There will continue to be discussion on the general obligation bond.  It will go in front of the commission in May for final approval.