Members of the Hollywood community got together on April 20 at the South Broward High School running track to participate in Relay for Life, a popular annual event to raise money for the American Cancer Society. As of May 6, over $20,000 has been raised by the event.

Relay is staffed and coordinated by volunteers in thousands of communities and 27 countries. Volunteers give of their time and effort because they believe it’s time to take action against cancer.

“The Relay for Life at South Broward High was hosted by the school’s National Honor Society under the leadership of president, Angie Ruiz,” said Maxine Plummer, an English teach at South Broward. “Eight clubs and societies set up Disney- themed tents to raise funds to help to find a cure.”

Nicolette Schneider of the Hollywood Hills National Honor Society said, “Relay for Life is a wonderful event that brings the community together.”

Jared Santos, president of the Hollywood Hills Student Government Association said, “This is awesome and it’s exciting to be part of the effort to find a cure for cancer.”

Rachelly Buzzi a member of the South Broward National Art Honor Society and her friends enjoyed the event. 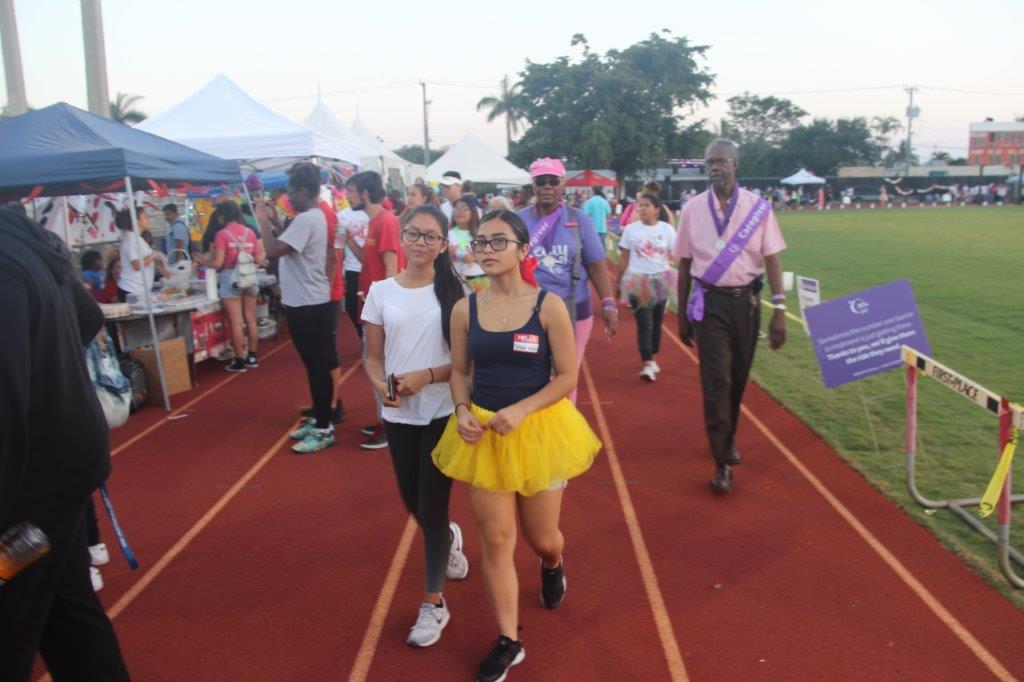 Students from McArthur High School participated. Catherin Munguia president of the McArthur National Honor Society said, “This is really nice. It is good to see people put in effort to raise money to find a cure for cancer.”

Cynthia Thompson, a cancer survivor participated in the walk. She was pleased to be a part of the event. Even though Relay for Life is dealing with a difficult issue, those who participated had some fun. It was a chance to spend time with family and friends in a pleasant atmosphere.