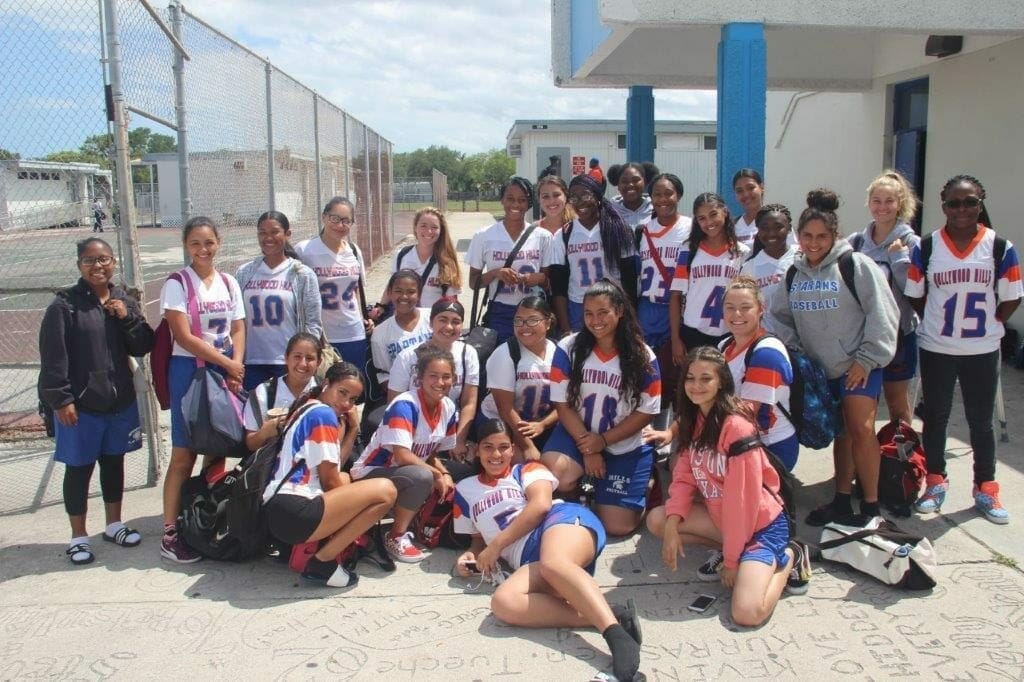 “McArthur offered me an exciting opportunity and I’m glad to be here,” he said. “This school is rich in football talent and I want to build a successful program here.”

Senatus knows it will take effort to win. “We need to focus on the details and we can have no mental errors. We have a young team and few seniors.” 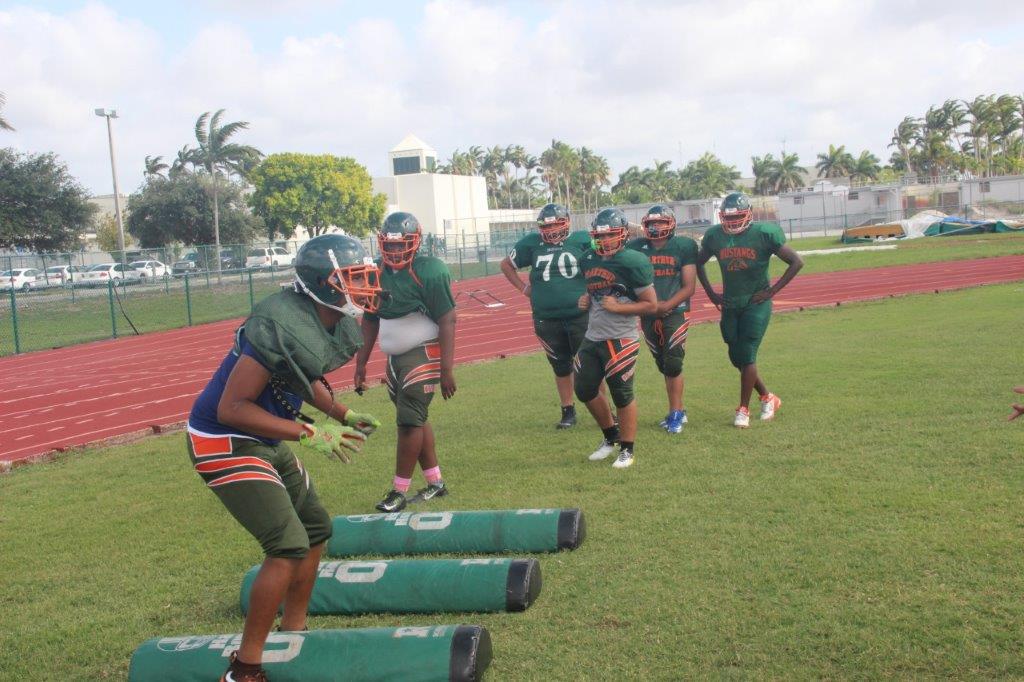 He wants the players to do well in the classroom and considers academic success to be as important as success on the field. He encourages players to participate in community service projects.

Some of the McArthur players have attracted interest from college programs. Recruiters from the University of Florida, the University of Nebraska, Florida State and other universities have visited the team’s practices.

The Chaminade-Madonna softball team defeated Ransom Everglades in 4-3 in eight innings. It was a regional semi-final game. Both teams played hard and well. Taylor Zinkler had two triples, Emily Winburn was the winning pitcher and Jayne Valere hit the winning run.

Coach Dakota Villella was very excited about the win and is looking forward to the next round of the playoffs. 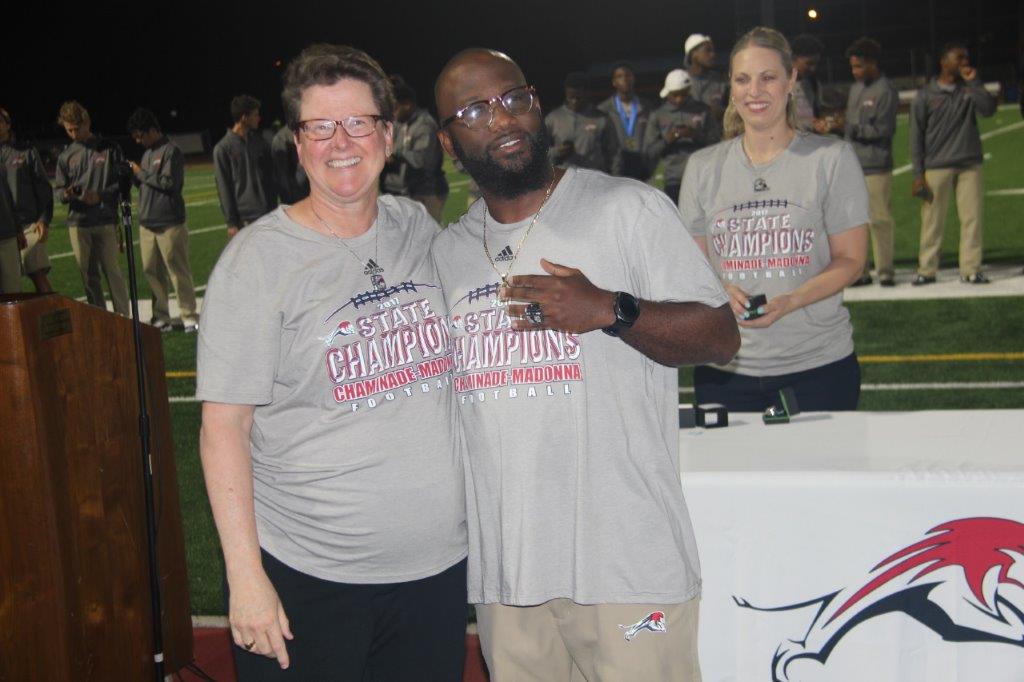 Athletic Director Andre Torres said he was proud of the team’s many accomplishments. The players and coaches received rings for winning the championship.

The ceremony took place under the school’s new stadium lights. Chaminade Madonna has long wanted these lights and now has them. 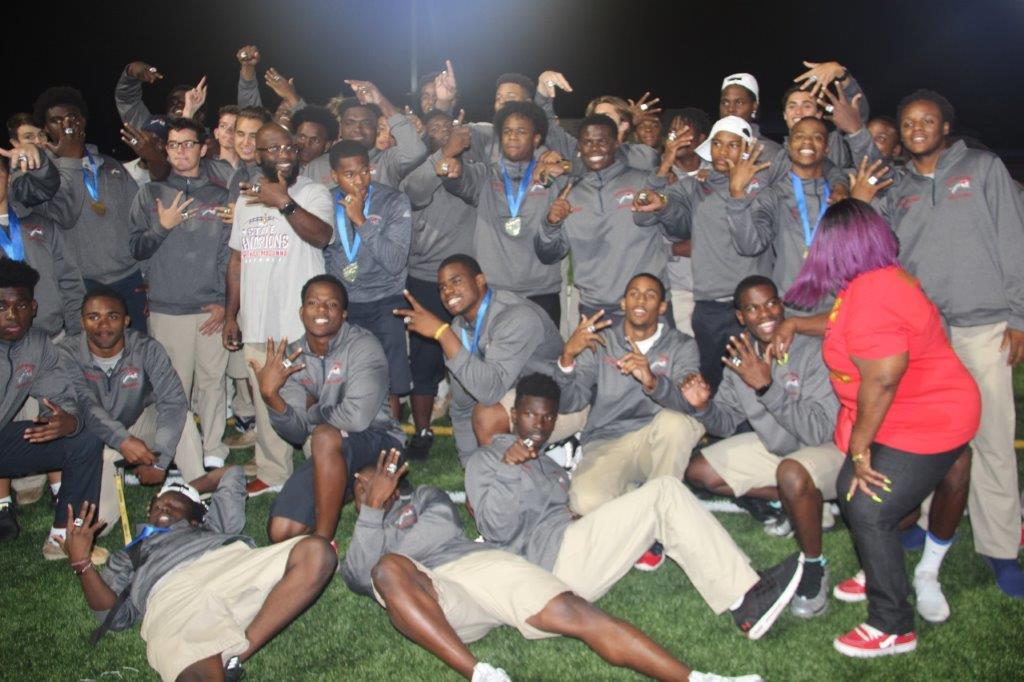