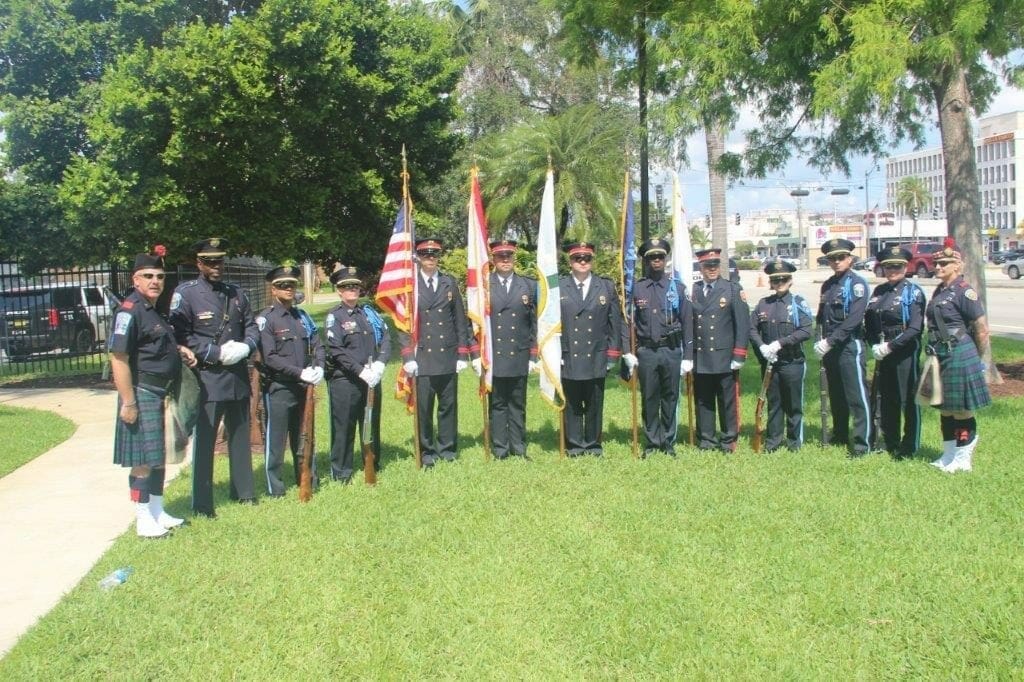 Nikki Koski can still remember the moment a police officer arrived at her home to deliver terrible news when she was four years old. Her father, Henry Minard, a City of Hollywood Police officer had been shot to death while on duty.

“I was in the bathtub when the officer came to our house. I will never forget it,” she said. Her sister Yvette Majnerich was age two at the time.

They are now adults who attended a recent Hollywood Police Memorial Service to honor six officers who died in the line of duty and one K-9, named Kimbo who also died while on duty.

Teresa Shepherd remembers when her husband Bryon Riley died in the line of duty in 1973 with his partner Phillip Yourman. “This ceremony is a blessing,” she said. “It is important that we never forget our fallen officers.”

“This important because it reminds people of the hard work that the police do in Hollywood,” said Vice Mayor Debra Case.

The memorial ceremony included a rifle volley, the playing of taps, a riderless horse and the honoring of the fallen officers. Many of the city’s police officers and firefighters were present as well as city officials and leaders.

“We pay our respects to fallen officers who gave their lives for the safety of others,” said Commissioner Peter Hernandez.

“We honor the men and women who put their lives on the line to protect the residents of the City of Hollywood,” said Mayor Josh Levy.