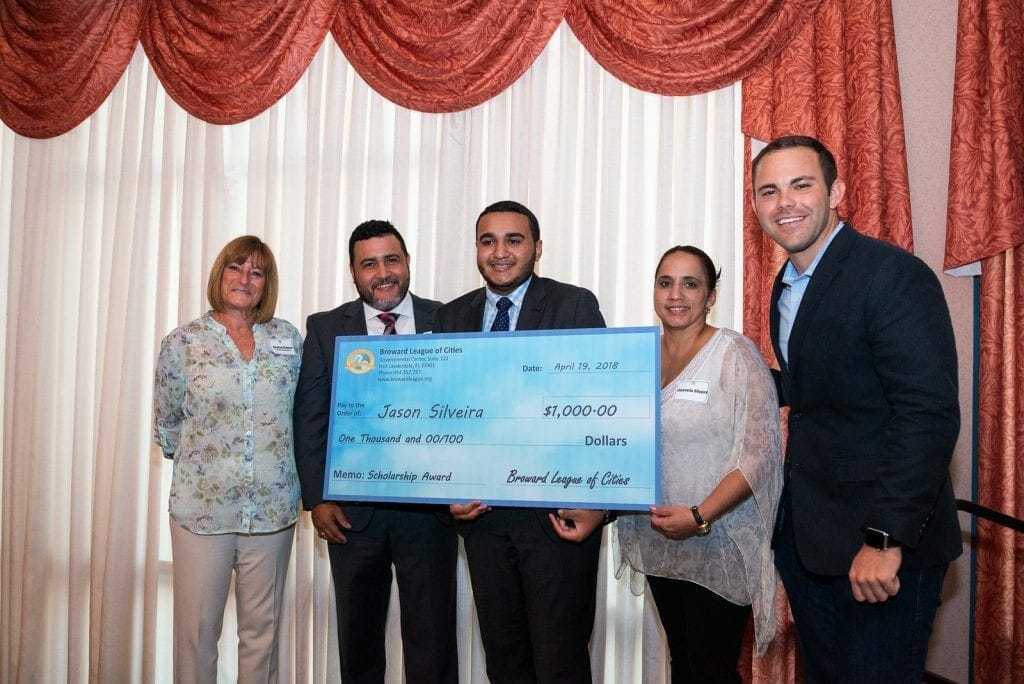 In its 8th year, the Broward League of Cities’ Scholarship for Government Studies program has donated a total of $32,000 to students who are preparing for a career in public service and have demonstrated their involvement in work, volunteer service, internships in public, governmental, community and legislative environments.  The four recipients were selected from applicants representing all of Broward County.

Jason Silveira – Hollywood resident, McArthur High School
Jason plans to attend the University of Florida to study international relations and business. He is president and founder of LEEO (Linking Education and Employment Outcomes), which is a business club that has secured more than $10,000 in grants for school programs. He is a member of the Speech and Debate Honor Society, National Speech and Debate Association Academic All American, and a Silver Knight nominee in business. He is a youth ambassador to the city of Hollywood and acts as a liaison between his peers and local government.

“The Broward League of Cities congratulates these young scholars for their hard work and commitment to become tomorrow’s leaders,” said Dan Daley, President, Broward League of Cities. “Representing elected officials from Broward County’s 31 cities and municipalities, we are so pleased to shine the spotlight on these four highly deserving students and commend them for their dedication to their education, their achievements in the community and their passion for political science and government.”

About the Broward League of Cities

Chartered in 1957, the Broward League of Cities is a non-partisan, non-profit organization dedicated to raising awareness and resolving issues facing Broward County’s 31 cities and municipalities. A member of the Florida League of Cities, which serves to unify local governments throughout the state of Florida, the organization’s membership is made up of elected officials from municipal governments and area businesses. The organization is committed to increasing awareness and providing resolution to issues that affect day-to-day operations of local government, including legislation at the county, state and federal levels.