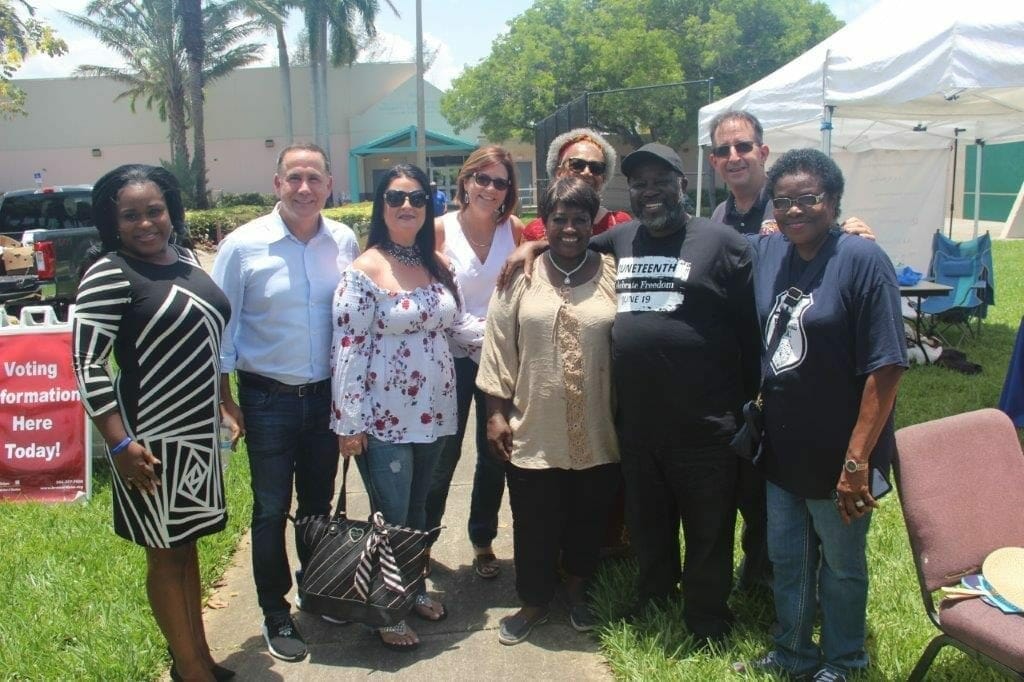 Members of the community got together recently to commemorate Juneteenth at the Dr. Martin Luther King, Jr. Community Center. The celebration began with a parade.

Georgette Lasley-Wiggins organized and led the event. “This has been amazing. We have had a great turnout for our first time,” she said. Her husband Bruce Wiggins helped Georgette run the event.

Juneteenth celebrates the end of one of the darkest chapters in our nation’s history. It commemorates the time when Union General Gordon Granger arrived at Galveston Island, Texas with about 2,000 soldiers on June 18, 1865. The following day, Granger read “General Order No. 3” announcing the total emancipation of those held as slaves.

Those who came could enjoy a variety of musical entertainment, plenty of great food, and a bounce house for the children. A number of community organizations were present, and people were encouraged to vote in the upcoming election. Philip Levine, a candidate for Florida Governor stopped by.

“This is a great opportunity for people to see how far we have come and how far we have to go to promote equality,” said Broward County Mayor Beam Furr stressing the pervasive issue of income inequality in our society.

“We are here to promote friendship and equality,” said Hollywood Commissioner Peter Hernandez. “We have come a long way, but we still have a way to go.” 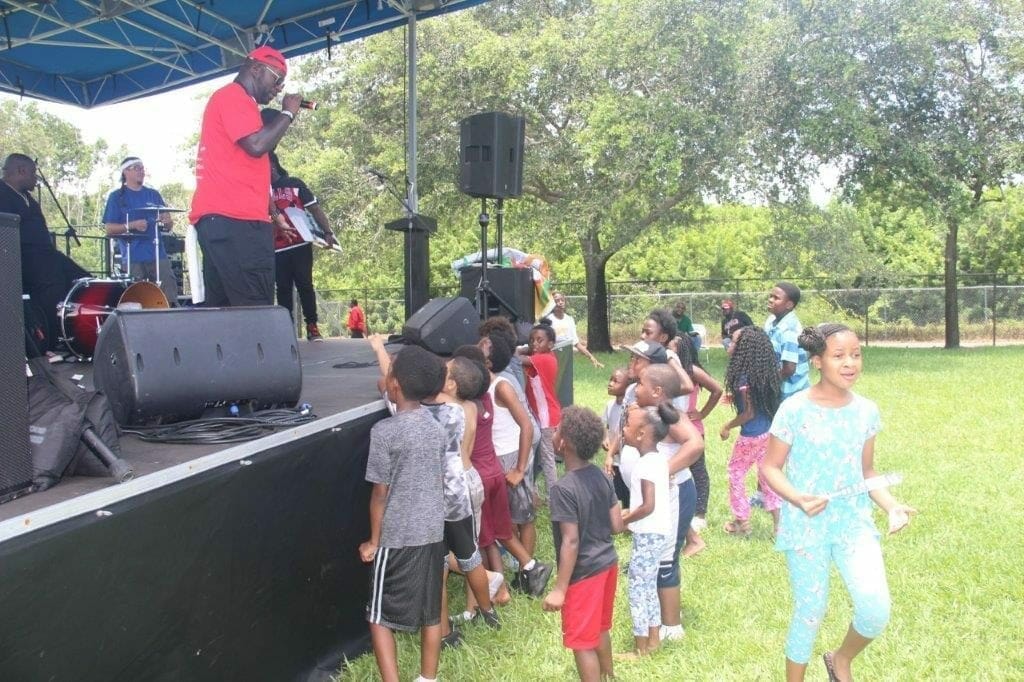