Who Put the Beach in Dania Beach? 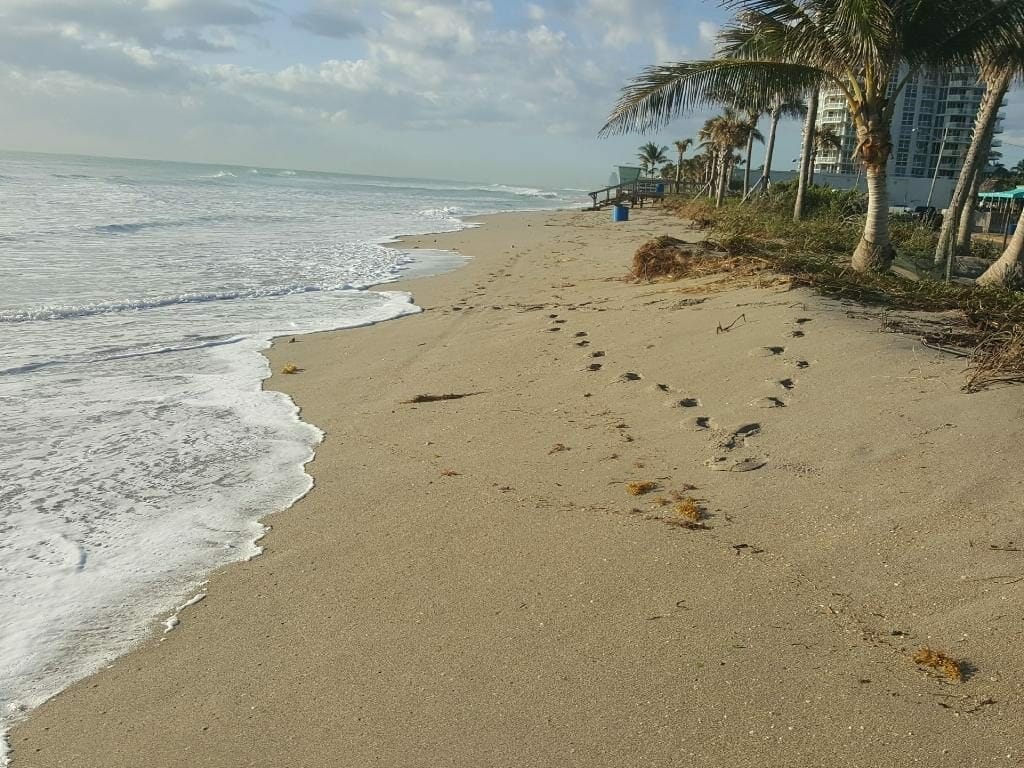 Ever wonder how Dania got its Beach?  Really, it’s a mere 700 yards of quickly-eroding sand surrounded by Hollywood on all sides.

I asked many people in Dania as well as Hollywood and nobody could give me a straight answer. I was starting to wonder if Dania could actually be squatting on Hollywood’s beachfront. Hmmm…Maybe there’s a pier in Hollywood after all.

One email to a very efficient Dania city clerk gave me the official answer once and for all but ultimately left me with even more questions.

It all happened in one very crazy decade. The Roaring Twenties brought South Florida out of the wilderness and into a huge building boom, only to be then hit with a devastating hurricane, a burst real estate bubble, the big stock market crash and the subsequent Great Depression.

The sign that welcomes you to the city of Dania reads “Welcome to Dania Beach, Broward’s first incorporated city, Chartered in 1904.” Interesting that this was before Broward County was formed, in 1915!

So when Dania was incorporated, it was actually part of Dade County.  At that time, Dania was a town of farmers, mostly of Danish descent, hence the name Dania. Rumor has it that the main motivation for the incorporation of Dania was the desire for a post office stop in town.

Most new arrivals during the early part of this century arrived on the trains which ran along the Dixie Highway corridor and are known today as the Florida East Coast Railway, Built primarily in the last quarter of the 19th century and the first decade of the 20th century, by Henry Flagler.   The railroad reached the New River in Fort Lauderdale in 1896 and opened up the opportunity for farmers to get their produce to northern markets without spoilage.

Ed King, Ft. Lauderdale’s first builder, had family in Dania at the time. King is credited with pioneering the use of hollow block brick construction. You can see some of King’s bricks in old structures still standing in Dania.  Some buildings in Dania date back to the teens and even earlier.

During the twenties, when Joseph Young was building his dream city, “Hollywood By The Sea,” this tiny farming community decided they wanted to be a part of the action of Hollywood.  In 1925, when Hollywood was incorporated, the residents of Dania voted to dissolve the City of Dania and be annexed into the new city. The neighboring city of Hallandale did the same.  So at one time, Hollywood encompassed the area from Ft. Lauderdale to what is now Dade County. What a coastline city Hollywood was then!

After the 1926 hurricane and the Great Depression, both Hallandale and Dania wanted to resume their own identities,  and in 1927 both cities were removed from Hollywood’s city limits.

In August of that same year, Hollywood agreed to sell a very small part of its beach to the city of Dania for the tidy sum of ten dollars, with a deed restriction stating that this beachfront parcel would only be used for open space, a public park and/or a recreation area.

What a bargain Dania got!

Over the years, more beachfront land was sold and de-annexed to Dania to make up the present-day boundaries of Dania Beach.

So that’s how Dania got its beach. The question is, why did Hollywood sell, and why so cheap?

The answer may lie in the close relationship that developed between the two cities during their time together.

Curiously, Hansen stayed on as Hollywood’s tax assessor after Dania re-incorporated and served until 1933. He was a Dania resident at the time.

I’m not drawing any conclusions here, just stating some very interesting facts to try to explain an almost-giveaway of prime beachfront real estate.

As recently as 1988, Dania had to ask Hollywood to quitclaim this same deed, in order to lift the public space deed restriction imposed in 1927. At that time, Dania was planning to build the short-lived Sea Fair project and couldn’t proceed without Hollywood’s approval in lifting the deed restriction. The quitclaim document was signed by then-Mayor Mara Giulianti, who stated that it was in the best interest of both cities.

The Sea Fair project was a colossal failure, and now, that same parcel is a big money maker for the city of Dania. It’s become a municipal marina and the former Sea Fair building is rented out to an educational facility. So much for that open space recreation area.

And that’s how the Beach got into Dania Beach.

Special Thanks to Louise Stilton, City Clerk for Dania “Beach,”  for her research on this subject, and to Virginia Elliott TenEick’s “History Of Hollywood 1920 – 1950.” A version of the article previously appeared in the Hollywood Lake Civic Association Community Newsletter.