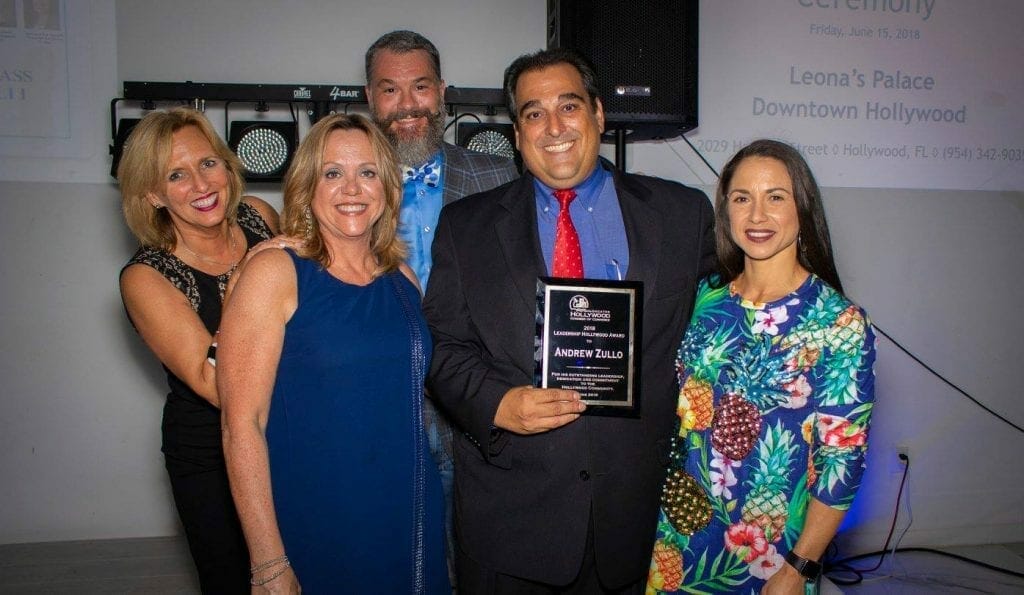 The atmosphere was loud and festive at Leona’s Palace on Harrison Street when the Greater Hollywood Chamber of Commerce graduated the 42nd Leadership Hollywood Class on Friday night, June 15th.

The 30+ graduates include such local dignitaries as Hollywood’s Chief of Police Chris O’Brien, Broward County’s Clerk of Courts Brenda Forman, Hollywood Vice-Mayor’s First Man Terrence Case (husband of Debra) and the Hollywood Gazette’s very own Robin Kerr Drulard.   Over 100 people were in attendance, including Mayor Josh Levy, most of the Hollywood Commissioners, former Leadership Hollywood alumni and a host of local business, non-profit and other community leaders.

During the nine-month program, LH participants produce several community projects, for which they are recognized at the graduation.  This year,  the five projects, summarized at the event, were TEDx Young Circle Park, SPARK Hollywood, Hollywood’s Diamonds In The Rough Golf program, the First Annual #BrowardCODES Computer Science Fair and Wild Wild Hollywood, a show featuring the Exceptional Theater Company and the Gay Men’s Chorus of South Florida.

All the Leadership Hollywood participants agreed that the projects, although a huge amount of work, were fun and fulfilling and absolutely worth every bit of the effort.  Four of the five projects reported that they surpassed the previous years’ receipts, while the fifth, the Computer Science Fair, was a first-time creation that set the stage for future editions.

Alumni also agree across the board on the value and enjoyment of Leadership Hollywood and encourage everyone to consider joining.  Applications are now being accepted for Leadership 43.   For more information, visit www.hollywoodchamber.org/Leadership-hollywood, call 954 923 4000, or email [email protected]